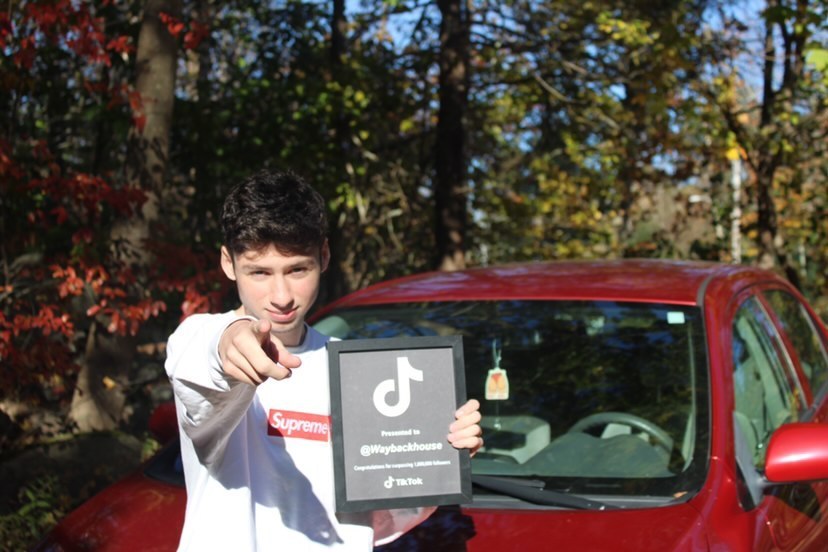 Content Houses Are Going Industrial: Behind the Scenes of Social Media’s Biggest Trend

(NEW YORK) — Los Angeles was once a starry-eyed dream of a lavish Hollywood lifestyle. Since the rise of the modern influencer, LA has become indicative of every teen’s fantasy of independence: partying and popularity is not just showcased, but rather commercialized on every social media site.

Mike Hammontree, a social media star turned self-made businessman, has watched this transformation in real-time: starting on the now-defunct Vine, TikTok’s video-sharing predecessor, and now managing two collectives of influencers who produce videos, photos, and more while all under the same roof, colloquially known as “content houses.”

Kapwing, an online video editing platform known for its creator resources, features a list of more than  30 recognized TikTok content houses worldwide. This is not even counting those that have a more amateur presence. The concept of the content house isn’t necessarily new. Original houses include Our Second Life (O2L) and Jake Paul’s Team 10. At the top of the heap right now, though, is the famous Hype House, which has churned out huge TikTok creators with millions of followers like Lil Huddy, Addison Rae, and Charli Damelio.

Genny Agnew, the senior influencer relations manager at the digital-first marketing and branding company Social Chain, compared content houses to the likes of the Mickey Mouse Club, which ran from the 1950s to the late 1990s and featured stars like Britney Spears, Ryan Gosling, and Justin Timberlake. “A young person who was really into acting… entered the Mickey Mouse Club and then went on in their careers,” she said.

Statista reported that “91.9 percent of U.S. marketers in companies largest [sic] than 100 employees were expected to use social media for marketing purposes.” Now more than ever marketers are looking for a way to harness the impact of influencers and the purchasing power of their fans.

The New York Times has dubbed this increase in content houses as a “Gold Rush.” Where there is money to be made, major players are sure to follow. Even real estate started having their eyes set toward these spaces, cashing in by investing in property with the luxurious lifestyle creators want to exude in their posts. With these business interests in mind, Agnew said, “people are putting these houses together and some of them are agencies.”

Hammontree said that this isn’t always the case and there are striking differences between organic houses and those developed by agencies and brands. He explains the three types of content houses that he looks at. Hammontree said the first type of house is one where “friends organically move into a house together. They are naturally making content together.”

Wayback House is an example of organic. It started with an idea between friends to create content reminiscent of Vine and capitalize on a feeling of nostalgia. They’ve managed to garner more than one million followers on TikTok. In this house, creators are pulling double duty when it comes to workload, despite all the creators being under 18.

“Everyone has their own role,” said Brad Manning, a founder of Wayback House. Manning and his co-creator, Connor Driver, said how this even applies to finance management. “There was no money spent to start,” Manning said.

Now, though, the house is generating revenue and reinvesting that into its brand. With 24 million views, Manning said the house was able to receive $2,000 from TikTok’s “Creator Fund,” but he believes the real money is to be made from advertisements, where just one video can generate $1,000.

For the second type, Hammontree detailed a system where there’s a slightly more business-oriented lens. Sometimes, this structure can be backed by a large creator, he said. “They’re going to take 20% for that, right? Reasonably so, because they’re building a career out of nothing for somebody that maybe had zero followers yesterday and two million today.”

The third type of house is the most akin to a traditional business model. They have a large backing, a full team, and a specific focus.

With the guidance of industry professionals, houses like the Vault House are rising. Manufactured and backed by digital marketing company and talent agency Six Degrees of Influence (SDI), Vault House is run in a series of seasons, alternating content creators within the house.

Nechelle Vanias, SDI’s Chief Strategy Officer, said Vault House is like a talent “incubator,” developing creators’ skills. While in the house, SDI is working to partner them with brands and collaborators as well. Like Agnew, she uses an allusion to the Mickey Mouse Club. “We run our houses like a TV production set,” Vanias said.

To provide the scope of the team working behind the Vault House, Vanias rattled off a slew of roles and positions that go into supporting their creators: managers for each individual creator, a house liaison, a growth strategy team, and more. As for the creators, they are selected largely by work ethic rather than their numbers and stats.

She said it’s difficult to be both a creator and run a house: “There’s a whole team because every minute you suspend handling business is a minute you spend away from your craft.”

Despite the serious emphasis on work ethic, Vanias argued that what comes out of this experience is truly more of a family. “When you’re in it for those reasons versus fame, glory, and money as an investor or as a creator… you get different results and you can maintain that because there’s a bigger purpose.”

She described the way in which she and her team genuinely want to see future success for their influencers.

“Creators coming together to live together, whether they’re in a formal house or not, has always been around and will continue to be around,” she said. Moreover, she believes that structured houses like Vault House are the ones that will outlast the organic houses. Vanias described the way that being a part of Vault and the work environment brings these creators together in a unique way. “We create an environment where they’re going to be friends,” she said.

So, what will win out in the end?

Agnew believes that being your genuine self is important to succeed as an influencer, but doesn’t discount the merit of a strong team.

“I would gravitate to someone who is creating original, authentic content.”

Agnew compares agency-created content houses to record labels. She thinks an influencer can succeed and sustain their career in this model “if you have the right people around you that can guide you and you also have a vision for yourself.”

Hammontree’s houses fall somewhere in the middle of these extremes. The Alpha House, specifically, was a self-funded project, but also often has videographers and editors to aid in the content creation on site. “Plus, the people on my team that are handling the brand aspects,” he said. On that side, which he dubs “the agency side,” there are about 20 people.

“I think that it has to be a motivated group for a reason,” Hammontree concurred with Vanias, but he argued, “I don’t think that the corporate model necessarily works that well.”

“Creators that love each other and make awesome content together… I can see those lasting. The corporate ones, I’m not quite sure.” Hammontree admitted that it “depends on the group.” He gave major “kudos” to all the houses in the game right now.

Until one method proves to generate the best result, every model of the content house will keep creating content and we’ll keep consuming it.