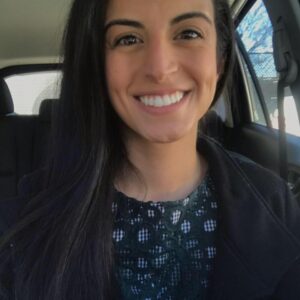 Corina graduated from Texas Tech University with a B.A. in Electronic Media and Communications. She spent most of her time at the student-operated radio station, The Raider 88.1, working as DJ and content producer throughout the years. She began her career in TV broadcast as an associate producer at the Telemundo affiliate in Lubbock, Texas.

Corina enjoys going to concerts and music festivals, especially the Red Rocks Amphitheater in Denver, Colorado. As she waits for the pandemic to allow these events to reoccur she finds new ways to explore Texas through road trips.