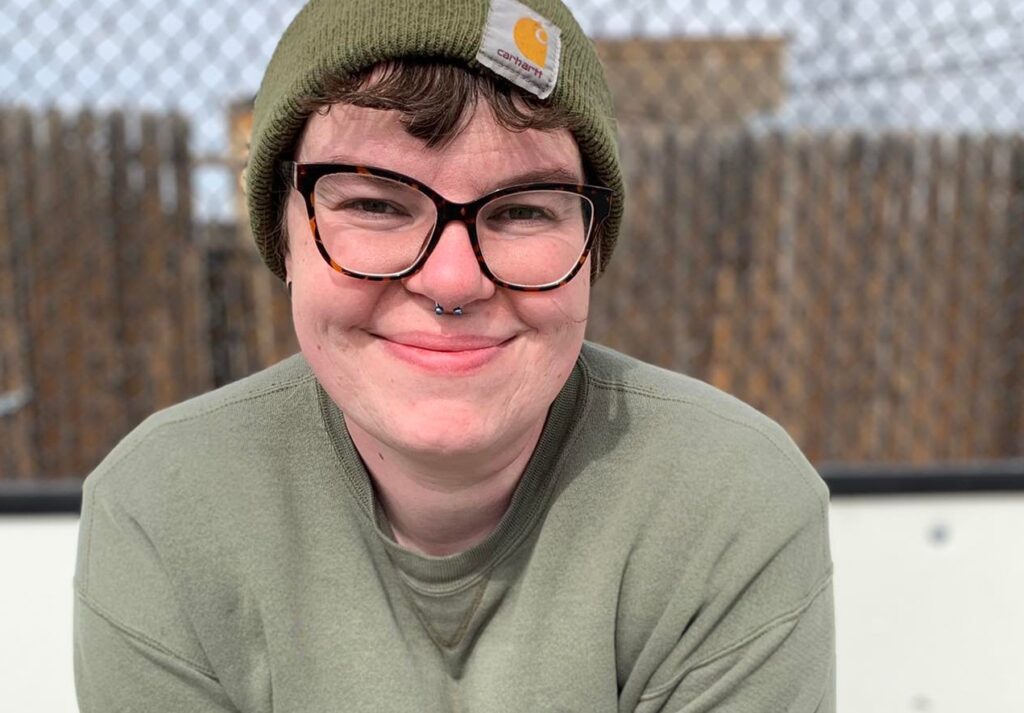 Roe being overturned was something that I had mentioned in all of my reporting up to and even after the memo leaked. People knew that it was going to happen. They saw the writing on the wall, and legislators and activists around reproductive justice were saying, “We know this is going to happen, so we’re preparing for it.”

I, too, was preparing for it.

I like to joke that journalism is more of a personality disorder than a career. I started off freelancing for a local paper as a columnist writing about LGBT issues. I took the job with the Colorado Times Recorder because it gave me an opportunity to really focus on a specific beat. So I cover reproductive justice, but also politics and extremism. If you want to look at extremism in terms of white supremacist violence, the sovereign-citizen movement, and the growth of Christian nationalism, all of that has abortion components. And that is a big thing that people often overlook: they are a breeding ground that radicalizes people.

When the memo was leaked, I became a de facto abortion reporter since I joined the Recorder just two months before the leak. Since then, I’ve seen more reporters focusing on abortion, and I think the memo shined a big light on all the things happening within the reproductive-justice world.

The leak is big because it ties together a lot of issues. For example, the abortion conversation is one that’s highly stratified based on class, not just gender. People who have wealth and means are still going to be able to access abortion no matter where they live. But for people with a lower socioeconomic status who live in states like Oklahoma and Texas, it becomes infinitely more difficult.

At the same time, the leak exposed some more nuanced issues around abortion. For instance, there’s a semantic debate about whether abortion is a medication or a medical procedure. There’s even some confusion about the language reporters use such as the term “pro-life” and whether that’s acceptable.

You can also see the way right-wing politicians dictate a lot of made-up language, like calling fetuses “the unborn” instead of making the distinction between the zygote, embryo, or fetus.

That’s why I think abortion funds are important to pay attention to at this point in time. These groups work to try to level the playing field and make it easier for low-income earners to access abortion treatments. They also work to educate the public about abortion access and how it can impact different communities.

Another fascinating aspect of the Roe v. Wade memo leak is watching how right-wing organizations and faith-based groups are trying to galvanize voters prior to the election season. It’s almost like the memo was leaked as a plea to a certain demographic of voters.

News cycles tend to be driven by what galvanizes people and what generates outrage. If you study political trends and think about wedge issues that speak to voters, the last couple of election cycles have been focused on transgender people. The Roe v. Wade decision leak is another big thing that’s going to galvanize voters, and there are a lot of people speculating about the timing of the leak, during election season and the primaries.

The Colorado Times Recorder is a news blog that focuses on extremism. So in my approach to covering reproductive rights, I often report on organizations that have coalesced around the abortion issue. I recently did a three-part series on this event in Colorado Springs called “Hold The Line,” which featured local leaders like Doug Lamborn [Republican representative of Colorado’s 5th Congressional District] and Lauren Boebert [Republican representative of Colorado’s 3rd Congressional District]. The event had a really religious tone and abortion was one of the biggest talking points. Everybody mentioned it as a way to try and energize church congregations to vote for anti-abortion leaders.

However, the leak has also shown that there isn’t a lot of dedicated coverage to the abortion beat. The Roe v. Wade memo is a big issue that is going to galvanize a lot of voters. That’s something the media, especially journalists, have to pay attention to. But these stories can’t be told in a way that is sensational or that exploits sources. It’s a great reminder to us all that we need to tread lightly in unfamiliar spaces.