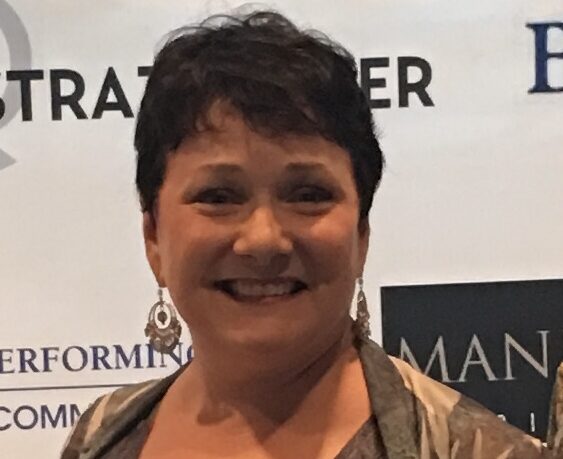 Dancing Through the Decades: A Life-Long Performer Uses Dance to Stay Young

(BRADENTON, Fla.) – It’s a rainy day, and as each of the dance students pack up their belongings and open their umbrellas, Bonnie Gray smiles and waves goodbye to each individual student. Once the final student has departed, she sits down at a table in the now-empty studio and begins to reflect on her life as it has changed through the decades, and how dancing has always been a pivotal part of her journey.

Gray, who runs her own dance company called That’s Dancing! Dance Education for Adults, has been performing her entire life. “When I was 11, I went to work professionally as a child performer, ” Gray recalls. “At every dinner show, there would be a performer and a band, plus always a kid or a dog as a specialty act. It helped that I was really little – I mean, even when I was 14 I looked like I was 11. So I played the child act at dinner shows for a long time. I worked at Indiana Beach, which is an amusement park in Indiana, every summer through high school as a dancer and as the child specialty act.”

One of the dancing styles in which Gray is trained is hula. “I learned hula when I was little, “she says. “I’m from Indianapolis, and hula was apparently quite common in the Midwest starting in the sixties. We didn’t take tap and jazz growing up, instead, we took ballet, tumbling, and hula.” The style also helped her succeed in her academic goals, “I put myself through college teaching hula.”

A few years later, Gray, who has a positive disposition and friendly approach, went on to start her own production company that specialized in performing old USO-style shows, a form of entertainment to which she has always been drawn. The vintage World War II USO shows would impersonate era headliners such as Judy Garland and the Andrews Sisters. But five years ago, Gray made the decision to stop performing vintage USO shows.

“The USO shows have changed and now people will ask me how many Andrews Sisters there were, so that’s a bad sign that those names and the vintage shows are starting to die out,” says Gray with a touch of accepted sadness. “I also used to work on gambling ships where I performed onboard, and it was a lot of fun but now the gambling ships are almost gone, too.  Everything I’ve done has aged out of popularity, but happens given that I’m 60 years old.”

In 1982, Gray opened her own dance studio in St Petersburg, Florida. The studio taught both children and adults, and it was throughout the 11 years Gray owned the studio that she realized her passion for teaching adults. After selling the studio in 1993, Gray turned her focus exclusively to dance education for adults. When she moved to Bradenton in 2004, she launched her current company. Today, she teaches jazz, tap, and hula to adults.

Gray smiles as she talks about the company. “When I tell people I’m a dance teacher, they think I teach little kids. When I say that I teach adults, they think ballroom. And then when I say I teach tap, they think of people hooked up to oxygen. But that’s not the case. I have students of all ages who come and learn the dances. In fact, I currently have two students who are both 85-years-old. It’s really something.”

As she gets up from the table, she says, “We may be old enough to be seniors, but we definitely aren’t a group of seniors! Dancing keeps you young!”