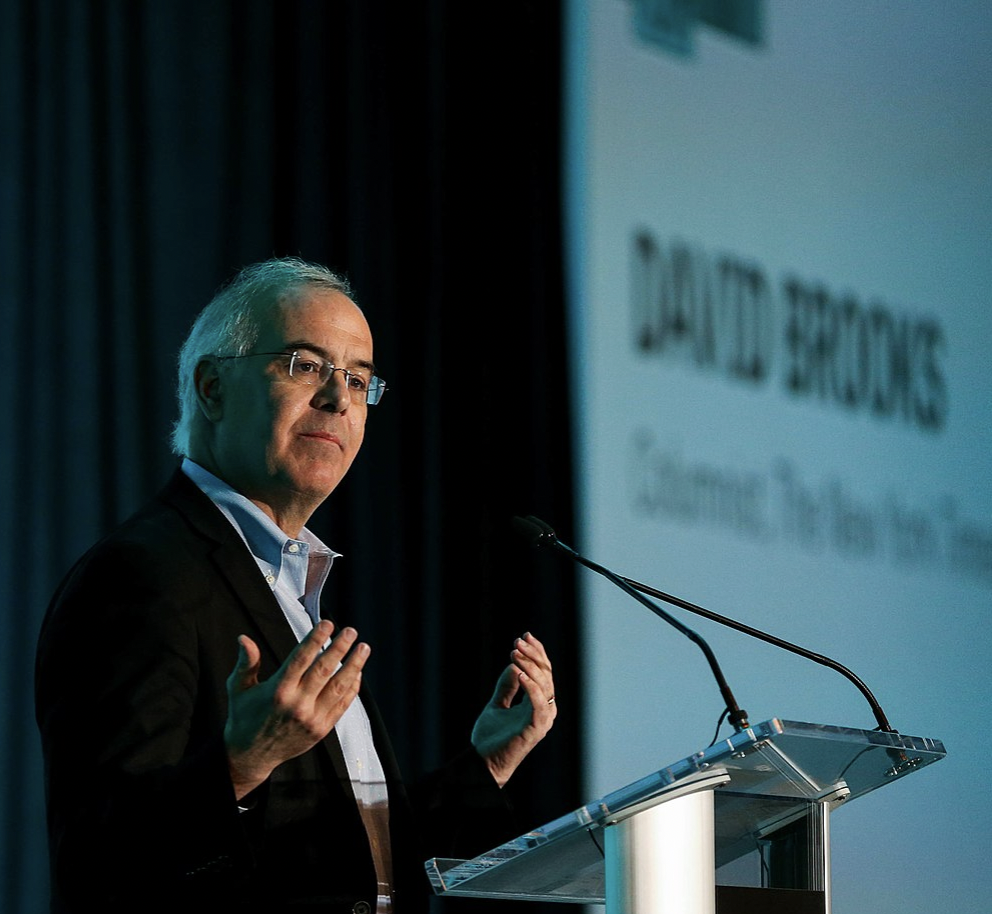 An opinion piece from the New York Times by David Brooks, “How Racist is America? describes that racism should be approached with data instead of theory. Brooks, a conservative political commentator, explains that racism in America is not as bad as people think. He claims that many minority groups experience the “American dream.”

Brooks takes a politically moderate approach to racism, which is not common in this political climate. He does not deny that it exists or attempts to downplay the pain people experience in everyday life. Brooks’ approach is a diversion from far-right and left claims. His background as a conservative white male makes him an unexpected ally to anti-racism, nonetheless a good one.

According to Brooks, not all minority groups experience the same degree of racism. Brooks’ stance is that analyzing racism should not be emotionally based but supported by data. For example, he cites that African Americans still almost have the same wealth gap compared to White people in the 1960s.  He also mentions that Hispanic Americans have gained wealth at a rate similar to White Americans.

In his piece, Brooks explains that the United States can be both inherently racist and a place of opportunity. He cites an article from Princeton that claims immigrants have more upward mobility than native-born Americans.

Brooks goes on to explain that upward mobility does not negate the fact there are hardships experienced by people of different races, but the advancement is possible. Brooks is an advocate for those who believe they have no hope for upward mobility because of their ethnicity or citizenship status, while not denying there are obstacles.

To back this up, Brooks cites David Young, who alleges the term “people of color” is just a way to combine all non-white people and to disregard the discrimination of African Americans. Brooks believes that the phrase fails to illuminate the varying degrees of bias people experience. Brooks is an activist for African Americans that their experience is not the same as other minority groups. He addresses the difficulties of a variety of groups but acknowledges the privileges they possess.

Brooks’ work may be considered unexpected advocacy journalism with his conservative political background. Conservatives are not traditionally associated with dismantling racism, but Brooks as a true advocate proves that racism exists.

Using data, Brooks is able to make a politically neutral stance on racism. The balance he possesses in the article, such as citing research that 35% of Americans have a close relative of a different race, attracts conservatives and liberals alike by not sensationalizing racism as many writers do, instead critically analyzing it. The information he gives is more easily grasped because it is not emotionally charged.

The topic of racism can be a polarizing issue, but Brooks manages not to polarize himself too much. As previously mentioned, noted that Hispanics have a high mobility rate compared to that of African Americans and Native Americans, who traditionally have the lowest mobility rates. He compares and contrasts experiences to highlight the degree of disparity.

How Racist is America?” is a valuable piece of journalism because it does not make a claim that is not backed with data. Brooks has an immense amount of bravery for taking a moderate approach to discussing racism.