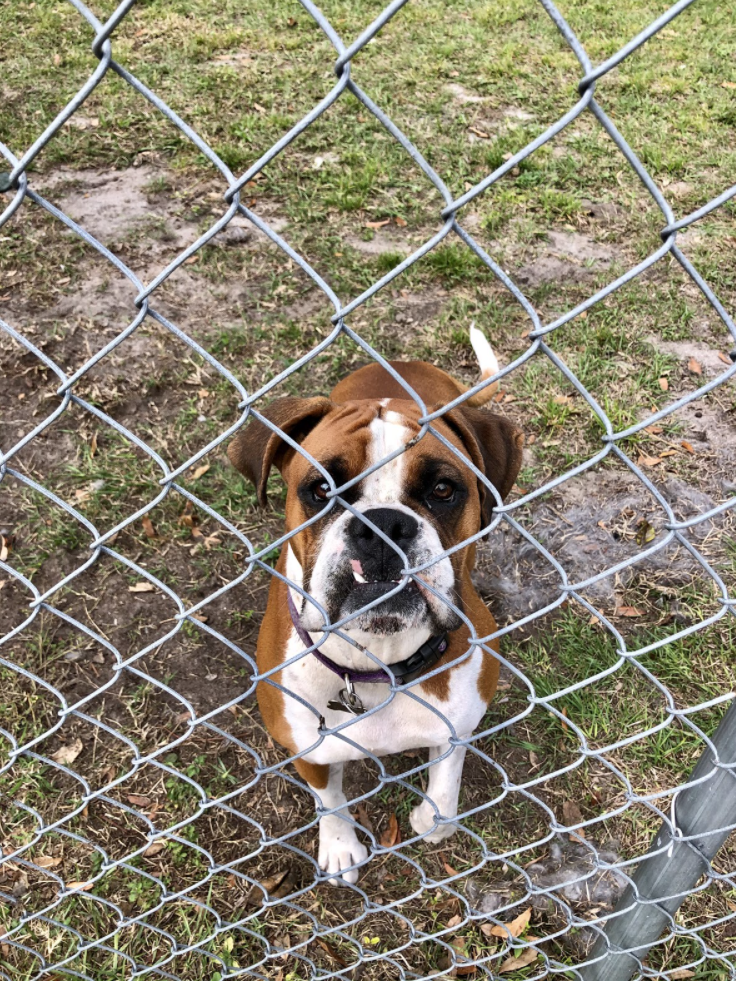 Lucha has a home, but 13 dogs were placed in emergency foster care after the Palmetto shelter underwent plumbing repairs on Feb 9

(PALMETTO, Fla.) —More than  a dozen dogs found temporary homes after their shelter required repairs that began on  February 9. Manatee County Animal Services asked the public to foster pets as emergency caregivers in preparation for the construction. The facility that houses the majority of the county’s adoptable animals experienced plumbing issues and the area had to be temporarily shut down.

Thirteen dogs were placed in emergency foster care while the floors and plumbing were repaired, according to Haili Brooks, New Hope & MASS Coordinator at Manatee County Animal Services, who responded to questions from The Click by email.

According to a Fox News report, the building, located at 305 25th Street West in Palmetto, had a backup affecting at least half of the animal-care areas. The flood damaged the part of the building housing dogs requiring that the floors be taken out and replaced.  Animals outside of the affected area were also placed in emergency foster care due to anticipated noise and commotion the construction would bring, “It’s going to be loud and the shelter is already a stressful place for these pets.” Hans Wohlgefahrt, Outreach and Event Specialist for Manatee County Animal Services, told ABC7 WWSB.

The process of locating emergency, temporary care for animals is a tiered process, according to Diane Ludwiczak, an emergency foster pet caregiver. “First, some of their staff would step in and become temporary fosters, next they would reach out to the community for help,” she said. 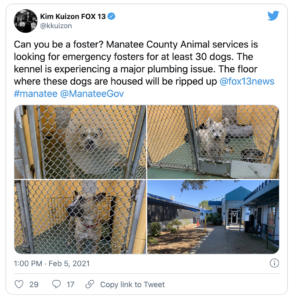 The repairs lasted for a week, and during that time all 13 dogs remained in foster care. The call for emergency foster care indicated that  all animals would be returned to Manatee County Animal Services after the repairs were completed, but several of the emergency caretakers have continued to foster the animals they took in, and three of the dogs have even found “forever homes.”

When speaking about the dogs placed in emergency foster care, Brooks said, “We have a few [emergency foster caretakers] that are committed to keeping the pets in their home until they are adopted and others who could only foster for the week. With that said, the minimum they were in foster was seven days, and the longest foster from this group is going on 30 days. We had three adoptions come out of this foster period.”