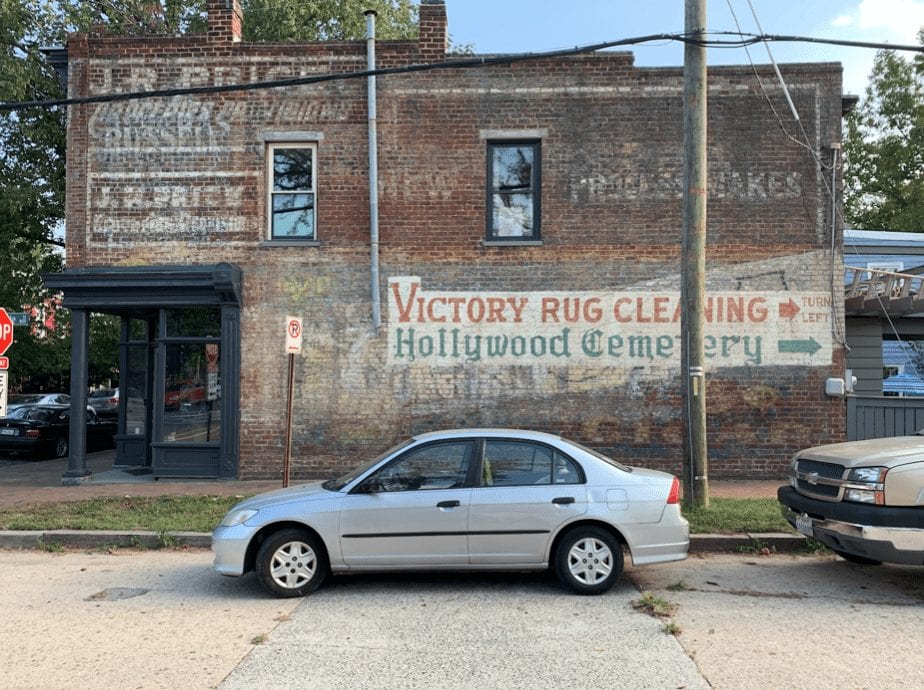 Does Oregon Hill Belong to the Dead or the Living?

RICHMOND, Va. — The streets of Oregon Hill are dead silent: mostly because thousands of its neighbors are corpses. The living would prefer to keep it that way, too, despite pressure from city developers who want the historic district’s old bones to move aside.

Nuzzled next to Hollywood Cemetery, where thousands of dead Confederate soldiers are buried, Oregon Hill is a throwback to the 19th century with its Victorian and Federal-style homes. Despite the protests of the Oregon Hill Neighborhood Association, the 21st century is butting in. College students bring college noise, and their cars crowd the area’s free parking spaces. It’s just one battleground in a city-wide war over preserving Richmond’s hallowed past and paving the way for its uncertain future.

“We think these houses are beautiful in their own right,” association president Todd Woodson told ABC8 News last summer. “We ask that they be conserved.”

“They don’t make them anymore like this,” Kelley Lane told NBC12. “Every battle we fight at least backs off people from tearing down more.”

Woodson and Lane were two among dozens protesting the demolition of four historic buildings at the northern end of the neighborhood, but developer J.D. Lewis Construction Management didn’t back off. Within a year, those houses were torn down and replaced with a four-story apartment and business complex. Richmond Bizsense reported last month that the fast-food chain Sonic is preparing to settle into the property, alongside Canadian franchise Pita Pit.

That new complex was built chiefly to attract customers from Virginia Commonwealth University, the major state institution whose students seek out off-campus housing in nearby historic neighborhoods. 24,000 undergraduate students attend VCU, according to U.S. News & World Report, at a campus spanning 174 acres.

The pressure of students settling into Oregon Hill, at least during the semester, drives complaints by longtime residents.

“Drunk college student passed out in a pool of his urine on the sidewalk next to our house,” said one resident, as recorded by neighborhood blogger Scott Burger in Sept. “Stay classy.”

Oregon Hill’s unrestricted free parking has been a point of contention, too, with at least one monthly meeting of the Neighborhood Association erupting in heated debate over the prospect of enacting a permit system.

The verbal clash at local Saint Andrew’s Episcopal Church, built in 1903, saw many homeowners and renters complaining of the students and construction workers who line the streets with vehicles during the workday, forcing those who live there to park blocks away from their house.

“You look at 5:20 in the afternoon on a weekday,” said Woodson. “It’s like the bell just rang and the street clears out.”

But not everyone is in agreement. Business owner Justin Torone, who is not a resident, worried that a permit policy would drive away his customers from out of town.

Torone owns Rest in Pieces, an “oddity shop” just across the street from Hollywood Cemetery’s main gates. Its stock of animal bones, funerary paraphernalia and occult knickknacks—all encased in a black building—draws from its proximity to such a morbid location.

“If you’re going to look at gravestones why not come in here,” Torone told CBS6 this year.

“It’s not a lot of foot traffic from people in the neighborhood,” said Vinyl Conflict employee Kris Debenedetto, who says the store has been in Oregon Hill for nearly 12 years. “We have like 15,000 followers on Instagram.”

Debenedetto isn’t a resident either, but he wouldn’t want to live here. The old town charm just isn’t for him.

“It’s a really pretty neighborhood,” he said. “The houses are old and kind of shitty and really expensive. Part of me wants to live down here, and then part of me is like, ‘Do I really wanna play $1,200 to have a toilet that doesn’t work?’”