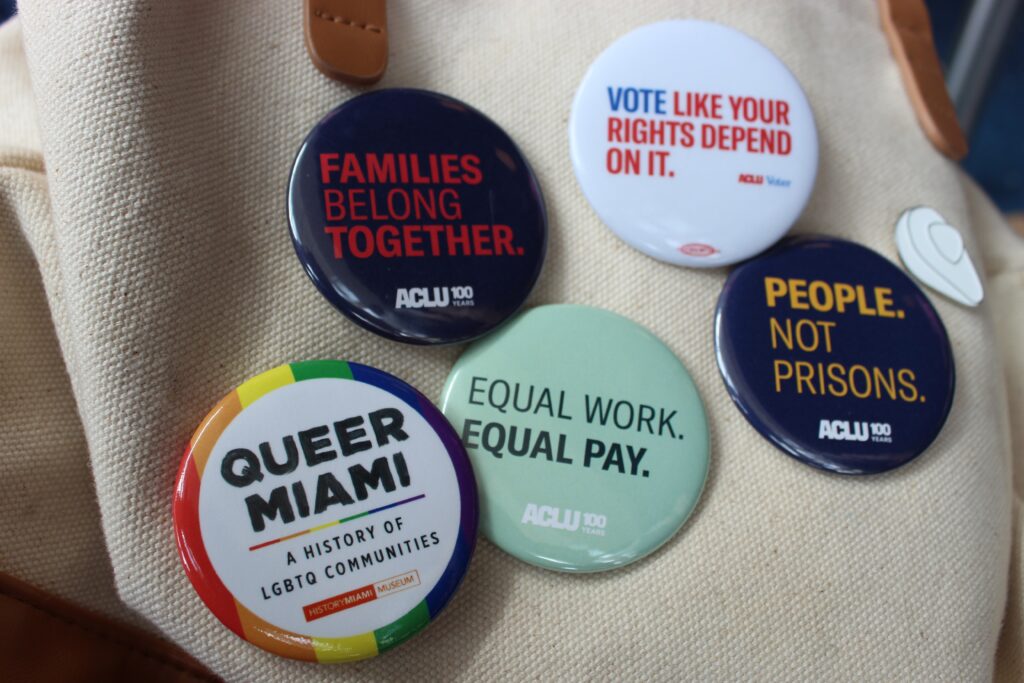 The American Civil Liberties Union not only advocates for civil rights and liberties, they also produce journalism as well. Photo by Luciana Lambert via Pexels

Journalism is hard to define. In a desire to learn more about its meaning in daily life, I examined the work of the American Civil Liberties Union (ACLU) to determine if the organization can be considered a journalistic enterprise. I concluded that although the ACLU serves the primary purpose of legal representation for the civil rights and civil liberties of citizens, it also produces journalism that informs the public. Here’s why.

The ACLU’s website shows an image of a map with the words, “What is redistricting and why should you care?” and another image of a child with outstretched arms behind an equal sign with the words ‘Systemic Equality’ in the foreground. These images define the American Civil Liberties Union of today, which, “Continues to fight government abuse and to vigorously defend individual freedoms…,” that began when, “a small group of people decided to take a stand,” against the early twentieth century Palmer Raids. The Palmer Raids were an effort led by then-United States Attorney General A. Mitchell Palmer after World War I to find and deport people in the United States who were suspected of being associated with communism.

Since then, the ACLU has gone on to be involved in some of the most pivotal and controversial court cases in the United States, including their work alongside the NAACP in 1954 to win Brown v. Board of Education in the United States Supreme Court and again in 1978 when the organization defended the free speech of a hate group that wanted to march through Skokie, a Chicago suburb where many Holocaust survivors lived. Today’s ACLU champions cases and causes that are often seen by the public as progressive or liberal, including their recent federal lawsuit filed against Texas Senate Bill 8 regarding the ban on abortion in the state.

While the ACLU’s main objective is to interpret laws to best represent their clients’ civil rights and liberties, the organization produces stories on their website that are fact-based journalism with clear points of view. These practices fall in line with the definition of journalism from the American Press Institute as, “The activity of gathering, assessing, creating, and presenting news and information.” The ACLU clearly goes through this process by telling stories through gathering facts and then presenting them to the public in a concise and compelling manner.

For example, in a recent story under the news and commentary section on the ACLU website, Leonardo Castañeda, an investigative journalist for the ACLU of New Mexico, details the abhorrent conditions for people in a, “Privately run ICE detention center,” in New Mexico. In his reporting, Castañeda reached out to sources and gathered quotes from them about the hazardous health conditions at the Torrance County Detention Center. His story references reporting from Reuters and the Santa Fe New Mexican and also includes hard facts and data to further prove adverse conditions.

A possible counterargument to this example may be that the primary intent of the ACLU is to represent clients and their best legal interests, not to act as fact-gathering reporters who are objective in their storytelling. This argument falls short because journalism can have a point of view, and often does, with facts and evidence that back up that perspective. Some of the best opinion journalism in the United States, including this recent story by Charles M. Blow for The New York Times, states a point of view while backing up that opinion with hard facts that are irrefutable. This form of opinion journalism is mirrored in the work of the stories on the ACLU’s website.

Ultimately, the coverage of relevant news by the ACLU mirrors the way that many news organizations, including The New York Times, report stories. By gathering facts, informing the public, and citing relevant data, the ACLU tells stories that qualify as journalism while also advocating for the rights of their clients.