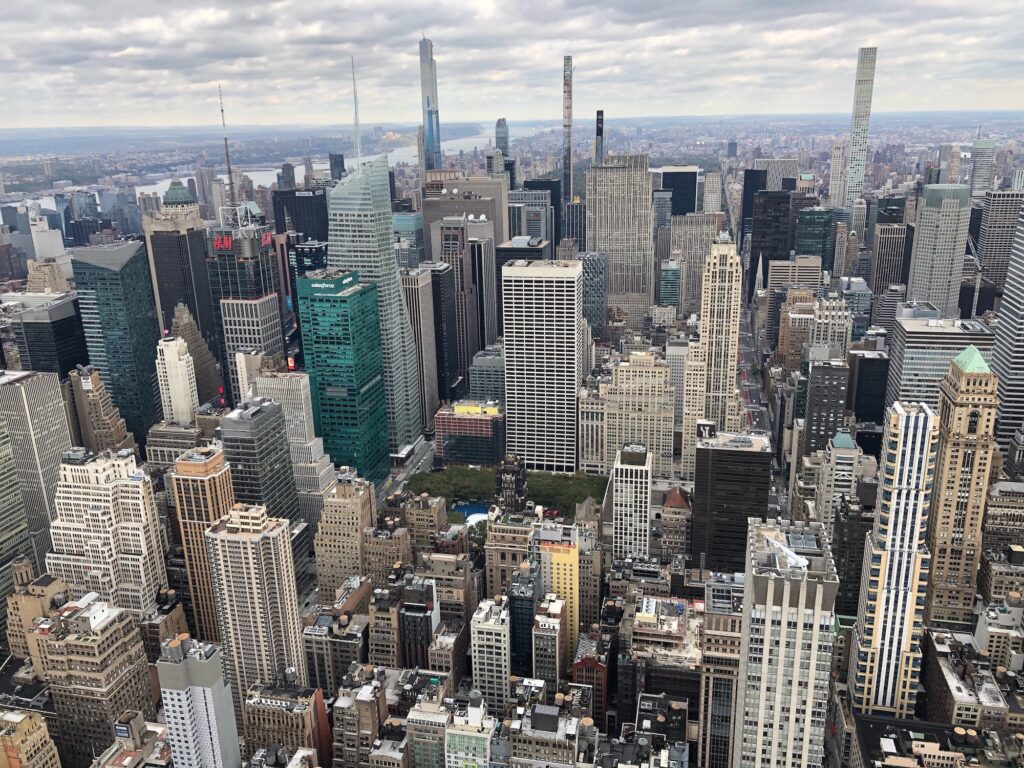 Will New Yorkers Reap the Benefits of Early Voting?

Southern view of Manhattan from atop the Empire State Building on Election Day. [Credit: Daniel Dwyer]

(NEW YORK) — New Yorkers have previously endured outdated voting practices and been at the mercy of long lines on Election Day, but for the first time in a presidential election, residents were able to cast their ballots early, starting on Oct. 24.

According to NYS Voter Enrollment, there are 5,320,050 registered voters in NYC alone, with only 1,231 reported polling sites open on Election Day. This, paired with antiquated voting technology, can lead to hours-long wait times.

To avoid the chaos, many young, first-time voters in the city opted for mail-in ballots or early voting this year. “When I voted four years ago, I went early in the morning to avoid the chaos,” said a Brooklyn-based voter, Liz, who withheld her last name. “It was as efficient as it could have been with what they had.” She is part of a wave of young voters determined to have their voices heard but wary of the stressful voting process.

The average wait time in the 2012 presidential election was 14 minutes, though wait times vary by state and depending on poll availability. In Southern states, there have been a reported 1,200 locations closed. Seven counties in Georgia have just one polling place, increasing wait times, while in Arizona one in 5 polling locations were closed in the past four years. States may not have been adequately prepared for the volume of voter turnout that was expected on Election Day.

In the two weeks after early voting began, New York polling locations reported broken voting machines, understaffed polling locations, and wait times upwards of two hours. Some Americans can’t afford this grueling task, which is why 21 percent of registered voters in New York didn’t cast a vote in a presidential election for an entire decade.

COVID-19 posed additional threats to Election Day efficiency. Queens and Brooklyn have seen positive cases on the rise in the past two weeks, but polling places were still determined to open despite Governor Andrew Cuomo dubbing these areas COVID-19 “red zones,” where non-essential businesses have been closed.

In September, 100,000 defective ballots were sent out to Brooklyn residents, leading many to question the integrity of the voting process. Mayor Bill de Blasio called this error “appalling” and said, “I don’t know how many times we’re going to see the same thing happen at the Board of Elections and be surprised.”

Across the nation, the 2020 election saw an increase in voter participation via absentee or mail-in ballots and early voting. A record 101 million cast early voting ballots, which is almost 73 percent of the total votes counted in the 2016 election, a silver lining amid the chaos of election season.

Early voting has the chance to change the future of voting in New York if the record turnout this year carries into future presidential elections.