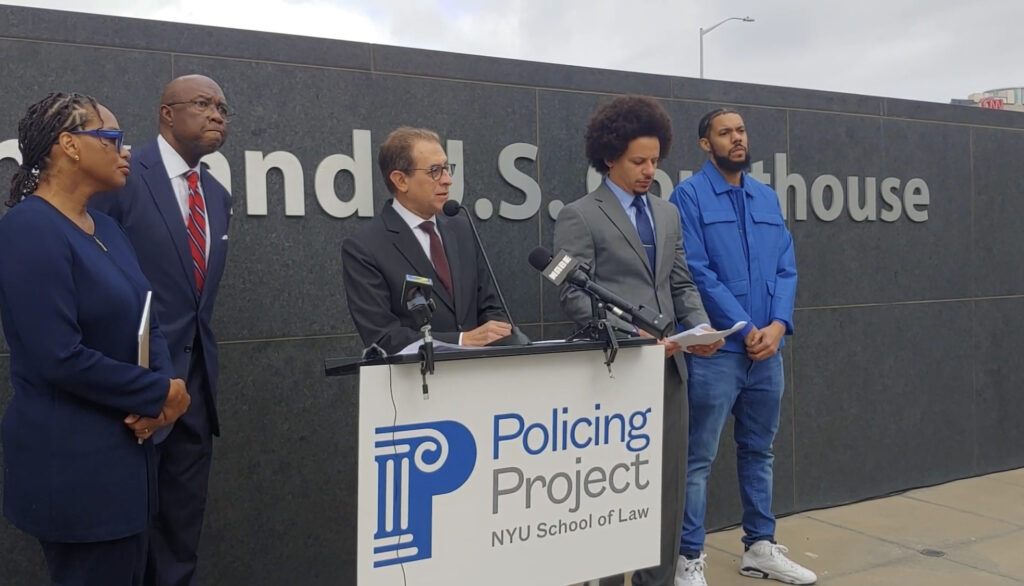 (ATLANTA) — Eric André and Clayton English sue Clayton County alleging that they were racially profiled during an illegal stop and frisk by police officers inside the jet bridge at Hartsfield-Jackson International Airport in Atlanta.

In a complaint filed on Oct. 11, 2022, the plaintiffs claim that the interdiction program conducted by Clayton County has violated their rights under the fourth and 14th amendments of the U.S. Constitution.

“The program consists of armed CCPD officers and Clayton County District Attorney’s Office investigators waiting in jet bridges—the narrow tunnels that connect airplanes to airport gates—to selectively intercept passengers, take their boarding passes and identifications, interrogate them before they board their flights, and search their carry-on luggage, all in the name of combating drug trafficking,” according to the complaint.

The complaint contends that CCPD claims that the stoppage of passengers  are “consensual” and “random”. However, the complaint also disputes those notions.

“From September 2020 through April 2021 CCPD conducted 378 passenger interdictions. Of those, 56% of stopped passengers were Black. Given that only 8% of American airline passengers are Black, the chances of the searches being “random” are significantly less than one in one hundred trillion,” according to the complaint.

“Clearly, it was racial profiling and discrimination,” said André describing the incident on ABC News.

Within that same time frame, it was noted in the complaint  that CCPD seized less than 36 grams of illegal drugs, yet  over one million dollars was seized while all but two of the passengers stopped did not receive any charges.

“These seizures do not meaningfully combat drug trafficking, but they do provide a financial windfall for the department by taking advantage of the permissive civil standards for asset forfeitures and the reluctance of individuals (particularly individuals of color) to challenge seizures,” the complaint added.

The Policing Project, a non-profit organization at New York University School of Law has filed the lawsuit on behalf of André and English.

“One of the missions of the Policing Project is to address the discrimination that happens when policing agencies are allowed to operate without any constraints on officer discretion,” said Annie Hudson-Price, an attorney with the organization.

The lawsuit is ongoing.