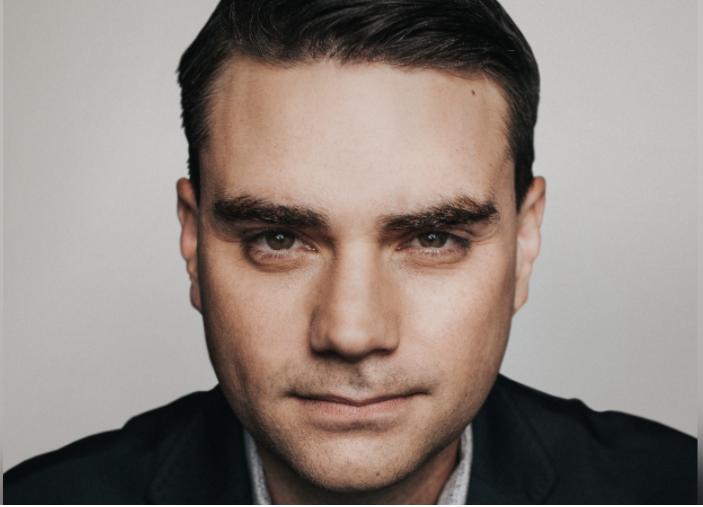 Ben Shapiro, the co-founder of DailyWire and host of the popular conservative podcast, The Ben Shapiro Show, has been called, “The voice of the conservative millennial movement.” Shapiro’s influence over millennial conservatives stems from his dominant presence on social media platforms like Facebook, Youtube, and Twitter. His media company, the DailyWire, generates, “More Facebook engagement on its articles than The New York Times, The Washington Post, NBC News and CNN combined,” according to NPR. Shapiro has clearly found an audience, with the show being downloaded around 10 million times a month. But just because Shaprio trends on social media and has an influential voice for young conservatives, can he be considered a journalist?

There is no definite answer for who is a journalist. With the rise of blogs, podcasts, and partisan organizations, it has become even harder to determine what constitutes journalism. However, The Pew Research Center has discovered that there are certain core principles that most journalists identify as defining characteristics. Journalism should have an obligation to the truth, stay loyal to the public, verify all the facts, and remain as unbiased as possible.

In applying these core principles to Ben Shapiro, it is my opinion that he only follows them when it confirms his already biased opinions. In most instances, Shapiro reports the news only as long as it embarrasses Democrats. Shapiro’s podcast description claims that it wants its audience to hear the “Hard-hitting truth in comprehensive, conservative, principled fashion.” Shapiro’s method of getting to the bottom of the truth is, “Debunking common leftist myths.”

One specific episode “debunks” systemic racism in the police force. Throughout the episode, Shapiro conveniently fails to disclose certain articles he uses for facts as conservative, opinion pieces from the Wall Street Journal. Shapiro goes as far as to quote conservative commentator, Heather MacDonald, to “prove” police officers fatally shoot people because they are armed or deemed dangerous; not because of their race. And yet, according to researchers from Northeastern and Harvard University, in 2014-15, nearly two-thirds of victims shot by police who were unarmed or appeared to be no apparent threat to police were Hispanic and Black. Again, Shapiro conveniently leaves out studies that disprove his entire argument to further advance his own agenda. Tellingly, Shapiro also fails to reveal that, MacDonald, the reliable source for his so-called research, is the author of the book, The War on Cops.

Shapiro wraps up the episode by cruelly concluding, “By attempting to castigate the police as the real problem in Black America, as opposed to criminality, by putting the blame on the system when individuals commit crimes, they (the Left) are depriving Black Americans agency and suggesting when they commit crimes they are not responsible for those crimes because the system itself is responsible.” After listening to the episode, one comes away with the feeling that all Shapiro accomplished was riling up his base by complaining and venting about the Left without once illuminating the experiences of people of color’s interactions with the police.

Despite Shapiro’s best attempt to falsely “debunk” systemic racism, it is not a partisan issue nor is it a “leftist myth.” There have been countless studies done to prove just how systemic racism has infiltrated police forces all over the country. These articles from Vox and CNN are just a few examples. How can the general public trust Shapiro when he’s only after stories that fit his own narrative?

Shapiro cannot be a journalist because his true intention is not to inform the general public with facts. It is to stoke conservative outrage to then spew hateful and harmful statements to a massive audience.

Not only should journalists report the truth, but they should also be loyal to the public. I would argue that Shapiro’s loyalty lies in his media company securing clicks and disseminating his very narrow-minded viewpoints. Shapiro constantly trends on social media for making outlandish and unsubstantiated claims. Some of his hits have included that all transgender people have a mental illness or that same-sex marriage should be unconstitutional. Ultimately, Shapiro is more like a wannabe Tucker Carlson than a journalist. Regardless of where Shapiro falls politically, he has an audience that relies on him for the news. To a true journalist, it should matter that the information they share is factual and the truth; not talking points that only criticize Democrats and affirm Conservative tropes.

So, can Ben Shapiro be called a journalist? In my opinion, absolutely not. The American Press Institute states that a journalist, “Should be as transparent as possible about sources and methods so audiences can make their own assessment of the information”, something Shapiro constantly fails to achieve in his reporting.

In fact, I think it is quite dangerous to call what he does journalism.