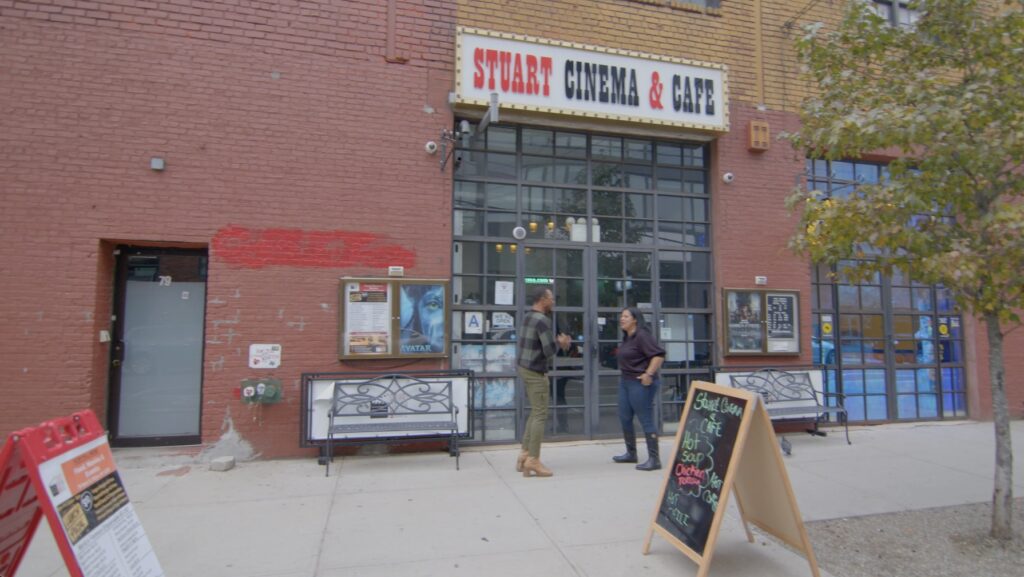 In the neighborhood of Greenpoint, Brooklyn, New York, sits a single-theater cinema founded by film producer Emelyn Stewart. After going viral on TikTok with almost half a million views as the first Black Latina to own an independent movie theater in New York, business has never been better.

“So we opened in 2018. I had been producing for over a decade, and I just wanted to be able to control the narrative of what people see. I wanted to have a community space that artists could use. So I built this theater from scratch.” Stewart told The Click.

The theater has 50 seats and a cafe serving alcohol-infused cupcakes, Emelyn’s mother’s Empanadas, and many more treats. Even though it is independent, Stuart Cinema features the latest blockbusters. But one of Emelyn’s driving motivations is to be a beacon of hope for future Oscar winners.

“One of the things people don’t realize for filmmakers is that a lot of reasons why you don’t see a lot of minority films at the Oscars is because they can’t afford the theater. You need 30, $40,000 for an Oscar run at one of the big theaters. Most independent filmmakers use all their money to make the film, so they don’t have money for that. So they don’t even dream about having their film at the Oscars. But what if there was a place that was affordable where they could run their movies for a week, three times a day? Then they would qualify, right? and that would change the game.” Stuart told The Click.

However, to fully impact the film industry, Emelyn is building a second cinema to continue her work.

“So we’re gonna build a three-screen movie theater with a full restaurant, ‘cause right now we have a cafe, so we’re frying empanadas all day. And we’re gonna have a bookstore, ‘cause I still love books, and it’s gonna be, hopefully, three times bigger. I think it’s gonna be a game changer.” Stuart told The Click.