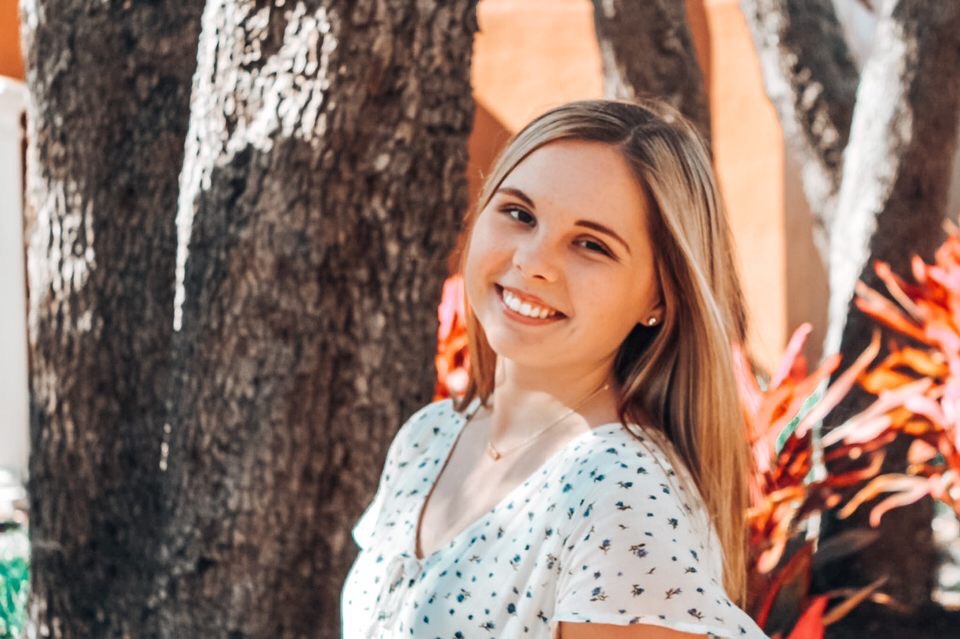 Sarah Glaser is the president of USF’s College Democrats and chair of the Florida Students for Biden Organization.

In April 2020, Sarah Glaser, who had been president of the University of South Florida Tampa’s College Democrats since June 2019, looked around campus and realized that the Biden campaign wasn’t doing anything to engage Florida youth.

“I wanted to change that,” she says. “I knew Florida college students wanted to get involved in the 2020 election, but many didn’t have an outlet to do so.”

So, she created Florida Students for Biden, and in just 6 months, the organization has grown to 14 campuses around the state.

What are some of the things you’ve been working on for the election this year?

I think this will be the most important election my generation will see during our lifetime. My goal is to place students as poll monitors in polling locations in low income and minority communities since those locations are more susceptible to voter intimidation. I am very concerned about the possibility of voter intimidation by Donald Trump’s supporters, since the president asked his supporters to go to the polls and “watch closely.” I am concerned that supporters may interpret that statement as a call to engage in voter intimidation.

What have you been doing to get students to go out and vote?

We recently did a livestream on our Instagram where we answered students’ questions about vote by mail. We are also creating a video that explains exactly how to fill out a vote by mail ballot, since it will be many students’ first time voting, and we want to make sure that they are able to fill out their ballot correctly, so that it counts! Both USF College Democrats and Students for Biden have been hosting community events that allow students to ask questions to local candidates. The goal of these events is to provide an opportunity for students to learn about down ballot candidates running in their area, so that they can make an educated vote for every race on the ballot, not just the presidential race.

Do you think that the results of this election rely on students voting?

I think the results of the 2020 election rely on students voting, especially students in swing states. I am expecting a higher turnout of students for this election than previous elections, because so many students have been directly impacted by COVID-19 and have been very active in social and racial justice movements over the summer. Students are more motivated to vote than in previous elections, in part due to mass social media campaigns urging young people to vote.