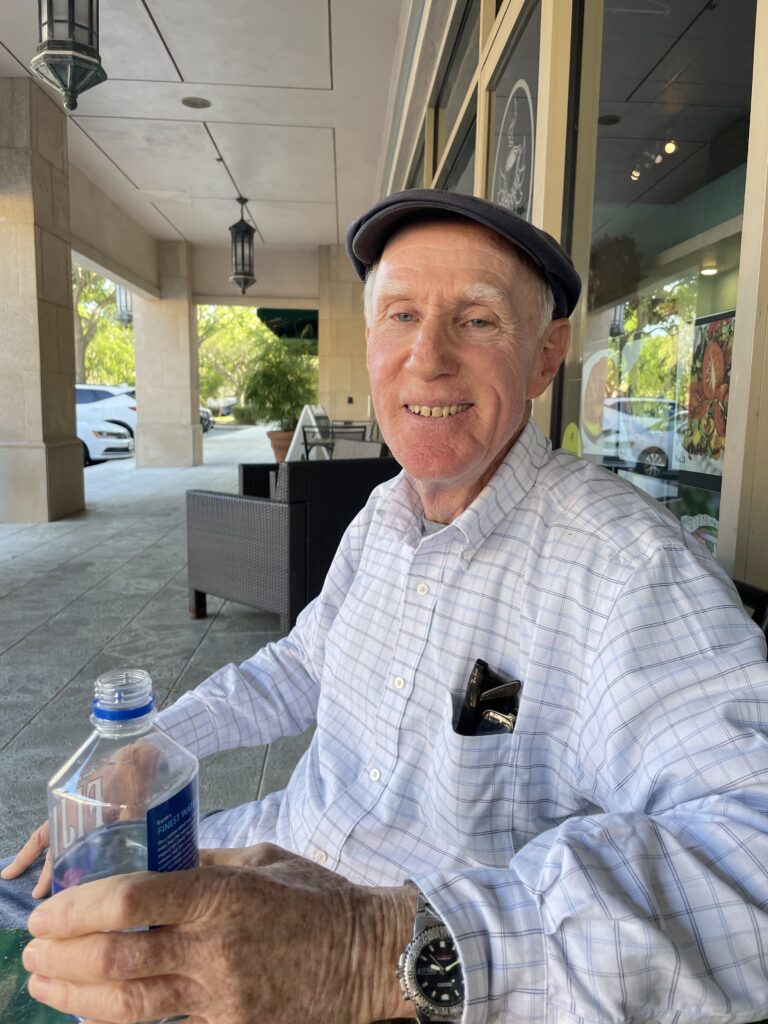 In the early 1960s, a hot summer day in New York meant sweltering work for machinists like Michael Ferber’s father. Ferber remembers going to work with his father when he was 8 years old. A supervisor approaches from a distance and as their eyes lock, he smiles at the imposing adult. Stone-faced, the supervisor looks at Ferber, then his father and reminds them of all the work that needs to be done before they can leave for the day. As the supervisor walks off, his father turns to the boy, smiles, and says, “Who died and made him the boss?” The boy smiles back and they keep working.

That day is one of Ferber’s most important memories of his father.  A man who, according to Ferber, was tortured throughout his life with the memories of the unspeakable horrors he witnessed and was forced to commit during  World War II.

It was also the day when Ferber decided he would always strive to be his own boss.

“He didn’t leave me any money, but he left me with a sense of life.’”

Fast forward to 2021 and as he sits casually at a Fort Lauderdale coffee shop, in baggy jeans and a shirt that is also a size too big, the 66-year-old is staring at the crown of his navy newsboy hat, looking back on those memories with wisdom his father never had.

As a teenager, the thought of sitting in a classroom day after day, witnessing his youth float away  like chalk dust was a notion he couldn’t handle.  So, he dropped out, moved to South Florida, and decided to get his education by letting life, and arts and literature, be his preferred teachers.

“I’ve always been a voracious reader of history, philosophy, biographies, autobiographies. I feel that all of that is what gives me my sense of life and flavors all my observations.”

“As Mark Twain said, ‘One should never let one’s schooling interfere with one’s education,’” he says with a smile.

The youngest of three children, Ferber forged a much different path than his father or any of his two older siblings. A libertarian, he is skeptical of government and technology, preferring instead to deal in humanity and living by the notion that his word is his bond. That’s what got him into business and then small-parcel commercial real estate. He met the right people, made the right friends, and quietly became independently wealthy.

Like many transplants to South Florida, he started with a lawn care business, then a laundromat. Eventually, he bought a warehouse, which paid for itself when he leased it out to Sears.  That led to another warehouse, which is now a trendy bar, then a couple of lots, and eventually, his first and only house, constructed in 1935.

Someone who helped him with all of it is Charlie Ladd, a man who is the opposite of the small, quiet player Ferber is. Over the last three decades, Ladd has become one of Fort Lauderdale’s major developers, mostly helping revitalize the very neighborhood where Ferber put his stake – Flagler Village. The area used to be home to drugs, sex workers, and murder. All that is gone and it is now one of the fastest-growing parts of Fort Lauderdale.

“Mike, he’s a character. But, you know, he lives and breathes that area. He’s the epitome of Flagler. He’s been here since day one and he loves the action.”

He also loves his house, which stands out because it is sandwiched between a vacant lot and a new three-story apartment complex.

It’s beat-up, has no insulation or air-conditioning, and is not the type of place you’d expect to see a man of means live out his later years.

But to Ferber, it’s perfect.

“I live modestly. I don’t need big things. I never did. I started out with nothing, and when I look at what I have now,” he says. “If I got hit by a bus tomorrow and they had to sell my estate, it’s beyond my wildest dreams.”