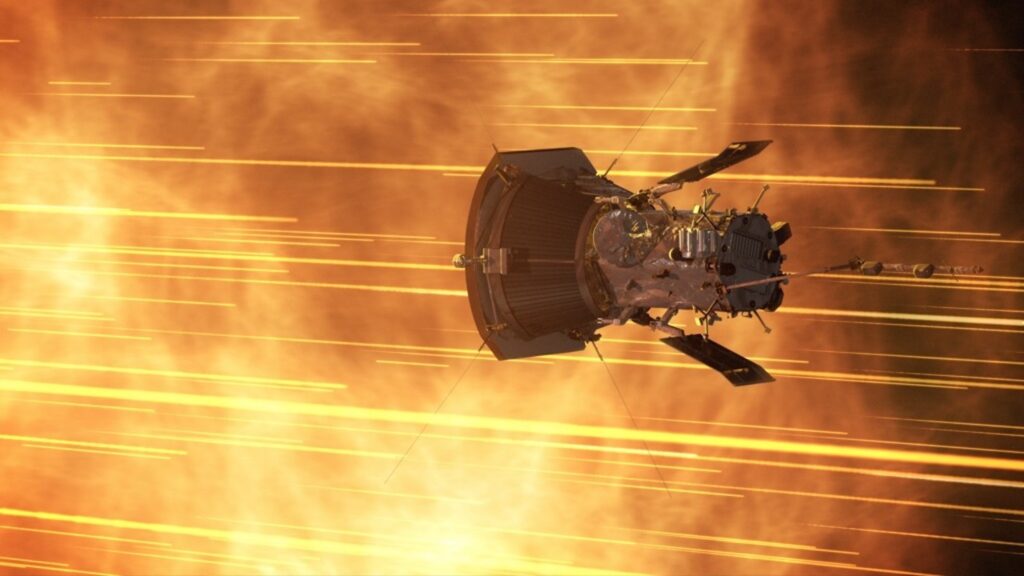 An artists rendering of the Parker Solar Probe on its mission to explore the sun. [Credit: NASA]

(SPRINGFIELD, Ore.) —The last thing Tony Case remembers before being shot at Thurston High School on May 21, 1998 was that he was helping a friend campaign for the student council. One minute, the 17-year-old junior was handing out stickers and buttons, and then in the next—after hearing popping sounds erupt nearby—he was on the cafeteria floor, trying to move his limbs. 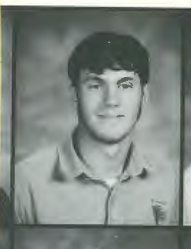 “I was trying to pull myself up to sit on the bench of the table and there was a girl next to me,” Case recalls. “She was like, ‘Uh…maybe you should just stay there on the ground.’  I was like, ‘Yeeaah, okay.  I guess that’s a good idea.”

Case was among 25 classmates wounded by student Kip Kinkel that day.  The 15-year-old had murdered his parents in their Springfield, Oregon home the night before, and opened fire shortly upon entering the school campus the next morning, dressed in a trench coat and armed with three firearms, a backpack of ammo, and a hunting knife.  Two students were fatally wounded, and for a while, Case considered himself good as dead.

“I got shot three times in the back and one time in the leg,” says Case, now 41 and living in Sudbury, Massachusetts. But given the lack of exit wounds from the .22 caliber rounds Kinkel had fired, students and teachers helping the victims didn’t know the extent of his injuries. 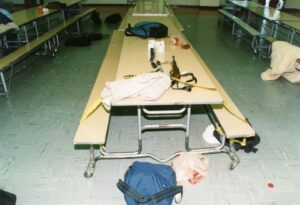 Case was whisked away to Sacred Heart Hospital in the neighboring city of Eugene. By this time, he had lost a lot of blood and the bullet in his leg had damaged nerves and arteries on its way down from the thigh towards his knee.

An anesthesiologist, Dan Hagengruber, remembers steeling himself for nearly two dozen emergency arrivals—all teens—at the ER. He and other medical professionals went through the crowd, and that’s when he came upon a young, very pale man on a gurney.

An Unlikely but Lasting Acquaintance

“‘What’s your name?’” and he said, ‘My name is Tony,’ and that was the first connection, the first communication,” says Hagengruber. He saw things were critical with the youth’s multiple injuries, with no time to spare to get Case to the operating room. “I said, ‘Well, my name is Dan, and things are going to happen really fast right now.’”

For the next six hours, a medical team worked to extract the bullets and stop the bleeding.

And while surviving a terrible event like that is miraculous in itself, Case would rise to his feet and literally touch the stars a couple decades later.

On August 12, 2018, NASA’s Parker Solar Probe blasted off a platform in Cape Canaveral, as Case and dozens of other scientists watched. Now an astrophysicist with the Harvard-Smithsonian Center for Astrophysics, Case and his team developed a cup-like instrument for the probe that collects particles from the sun to help scientists learn more about solar winds. The entire mission has been in development for over 60 years, and Case says he’s been on board the last 12. 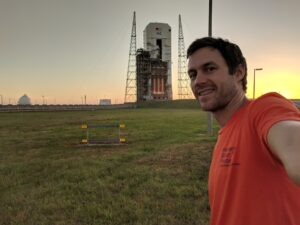 A “Passionate Student”  Works Through his Trauma

Green says Case wasn’t the kind to obsess over his grades, and was more interested in the content when not having fun with his friends. This included recording sessions of a ska band Case played in, which Green would record at his home studio. But after the shooting, Green remembers Case changed.

“He was the student I was most affected by of the ones that were injured or killed in the shooting because I was the closest to him of any other students that were involved,” adds Green. He recalls walking home after the shooting and hearing helicopters hovering over Thurston High, and not being able to visit Case for some time. He didn’t have him anymore in classes after his release, and his coaching duties didn’t intersect with Case’s sports activities.

“It was a definite adjustment for him, he was not the same happy-go -lucky kid in that time period,” recalls Green.

Case’s anesthesiologist, Hagengruber, remembers talking to Case’s parents about the PTSD their son would likely experience, and when Case was recovering, he shared his own experience in an 1987 floatplane crash that left him trapped upside down in a lake. The two also bonded over love of the outdoors, pushing the horror and trauma of the school shooting further away from his mind. 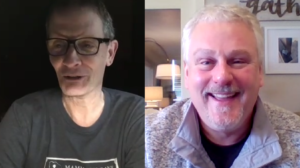 (L to R:) Bob Green, who was a coach and science teacher to Tony Case at Thurston High School prior to the May 1998 shooting; Dan Hagengruber, who was an anesthesiologist at Sacred Heart Hospital who helped Case survive his wounds. Both have stayed in touch with Case through the years. [Credit: Zoom session captures by Brian Bull]

“Part of PTSD is your brain wants to reform that story and hold on to it over and over and over again,” explains Hagengruber. “At some point, you have to say, ‘You know this is an important part of me’, but you put it in a jar and you move on. Tony was able to build that jar early and move it into the jar and seal it up.”

Looking back at his recovery, Case says the best thing he did was focus on the physical recovery. “People are in bad car wrecks that end up significantly worse than I did.  Dealing with negative experiences is just part of life, and moving on from them is necessary for future happiness.  Of course that is easier said than done sometimes, but consciously having that perspective has helped, I think.”

Case stays in touch with both Green and Hagengruber. Before the pandemic, the Case family and Hagengrubers would often celebrate Tony’s “second birthday” every May 21st.  And a few years ago, Case spoke to Green’s physics students while back in Springfield for an education gala.

“I think what I’m most impressed with is that he’s followed his passion,” says Green, remembering Case kept his students engaged during the talk. “And wherever it took him, that’s really cool”.

Focused on Now and Beyond

Today, Case is looking forward to an upcoming project at the Harvard-Smithsonian Center for Astrophysics  called HelioSwarm. The $250 million project will use nine spacecraft to measure solar wind turbulence for NASA. Outside work, Case spends his free time with a community cycling team in West Boston, and helping his girlfriend Susanna (another astrophysicist he met at Boston University) raise their five-month old son, Walden.

“He and I will sit down with the piano. I can play with one hand. That’s kind of my musical outlet now, it’s not onstage in front of screaming teenagers, but I enjoy it just as much.”

When asked if he’s concerned about his son’s safety given how much more common school shootings have become in the years since the Thurston incident, Case says that’s really not on his mind. 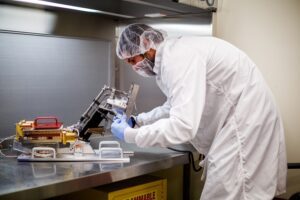 Tony Case at work as an astrophysicist at the Harvard-Smithsonian Center for Astrophysics, working on the Solar Probe Cup prior to the Aug. 2018 launch of the Parker Solar Probe [Credit: Andrew Wang, andrewtakesphotos.com]

“Any sort of mass violence like that, it is still pretty rare,” he explains. “The media covers it a lot, but in the end, odds of it actually happening to any given person is pretty slim. Such that I don’t see much point in worrying about it.”

Case sees he’s more worried about bullying once his son becomes a student.

“Whether he’s a bully or somebody else’s bullying him. There’s all of these sort of insidious mental components that come into growing up and around schools.”

Next year will be the 25th anniversary of the Thurston School Shooting, and while many like him might search for answers, Case says he’s moved on. “It’s unimportant to me why [Kinkel] really did it,” says Case.  “Everybody goes through something traumatic in their lives. And it might be a car wreck, it might be your brother dying of cancer. There’s all these sorts of traumatic things. And to try and answer why they happen to me is sort of irrelevant.”

May 21 remains a memorable date for Case, his parents, and the doctors who worked in the ER that night. However, Case has since moved on from that part of his life in Oregon, 17 years ago. The commemoration of the tragic event is filled with phone calls and video chats with loved ones grateful that life gave Case a second chance on that operating table, so many years ago.

Case says everyone has become so close that there’s no longer the need to have the Thurston School Shooting anniversary to get together. Between new solar research missions to carry out and a son of his own to raise here on Earth, Case seems wholly dedicated to living life in the here and now.