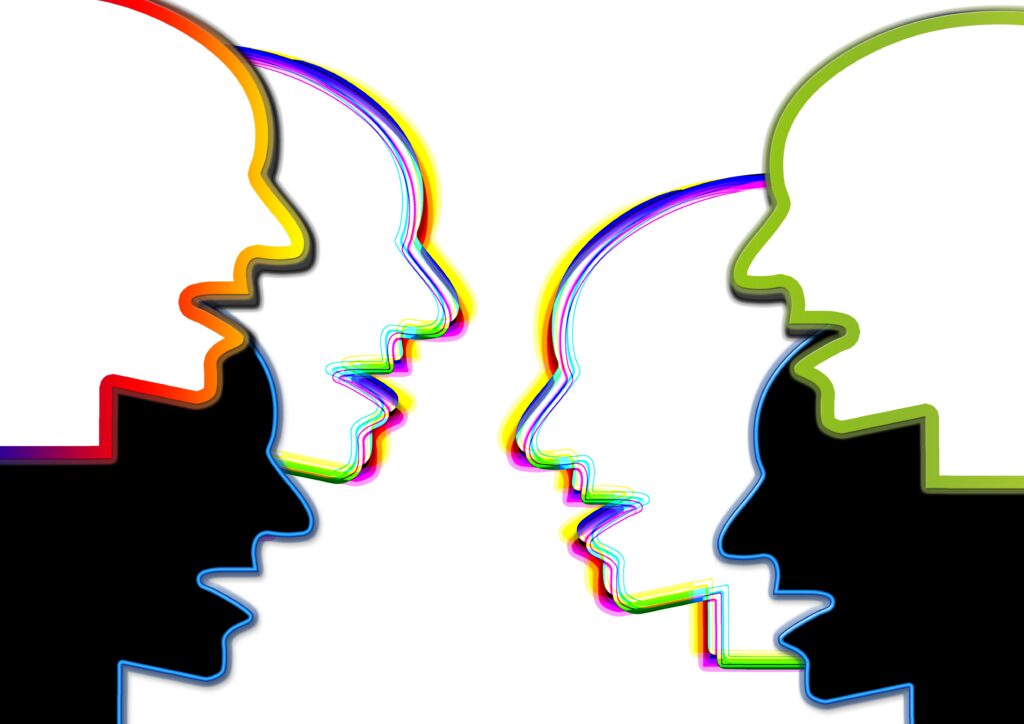 Image by Gerd Altmann from Pixabay.

“Identity fraud” is commonly defined as a crime, usually a scam, that involves stealing another’s personal information. But Gawker staff writer and “Criticism Is Dead” podcast co-host Jenny G. Zhang posits another usage for the phrase. She uses the term to describe those who brazenly and cynically invoke their identity as rhetorical weapons, often used for personal gain or moral high-grounding instead of “meaningful” reasons.

In a long-form essay for Gawker,  Zhang argues that identity has been bastardized, primarily by progressives (who she more specifically identifies as “well-meaning, white guilt-feeling, Obama-voting liberals”), as a tool to nip naysayers in the bud and emerge victorious from debate or discourse as the de facto victor. Instead of focusing on what the labels of identity aim to signify, Zhang writes that it is deployed for “optics over substance, awareness equated to action, the loudest people in the room drowning out others who can’t match their volume.” Her take is that identity is cheapened to a mere oratorical device when demographics are deployed for any selfish goal that does not benefit marginalized folks and the policies and societal challenges that affect them as a whole.

In other words, Zhang believes that “the race card” is being pulled out for show rather than substance, inhibiting purposeful dialogue and inadvertently disfavoring minorities. By uttering things like “as a woman of color, if you criticize me, you are a bigot,” the author explains that while it disarms squabbles almost instantly and is certainly a tempting route to take if you are able to, it often (in her opinion) comes across as disingenuous moral posturing.

The “identity fraud” instances that Zhang selected to note in the essay are all effective in compelling the reader to agree with her, who writes that”people of ostensibly marginalized identities aren’t immune from being opportunists and hacks.” Perhaps that doesn’t fall in line with the school of thought that claims trustworthy journalism should be deliberate in its showcase of “both sides,” but her choices were nevertheless helpful in brick-laying a foundation for her central thesis. These examples include Bill Cosby deeming the court’s decision to overturn his sexual assault conviction “justice for Black America” and Clarence Thomas calling the hearings following his sexual harassment accusation from Anita Hill “a high-tech lynching for uppity Blacks who in any way deign to think for themselves.” Zhang also recalls pop star Taylor Swift getting peeved with the Netflix show “Ginny and Georgia” which taunted the singer’s dating history and claimed it was “degrading to hard-working women.” These direct quotes from famous persons of different ages, genders, and backgrounds highlight “identity fraud” in action and practice.

Though it is first and foremost an opinion piece where Zhang inserts her own experiences as a woman of color, the post originally went viral for its nuanced approach to the topic of race and ethnicity. In addition, while Zhang’s essay is heavy on subjectivity, it does lean on objective and approachable evidence.

Zhang quotes alleged identity fraud experts, or at least experts on the lexicon of identity, which further legitimizes her Gawker post as a valuable piece of writing that, although inherently opinionated, maintains a level of journalistic integrity. Zhang cites third parties such as philosopher Olúfémi O. Táíwò’s essay about “being-in-the-room privilege,” an article for Viewpoint Magazine by historian Salar Mohandesi entitled “Identity Crisis,” and an op-ed by scholar and New Yorker columnist Keeanga-Yamahtta Taylor. She also ties in pop culture examples such as the Netflix film “Malcolm & Marie” and the rise (and fall) of “Girlbossing,” essentially to communicate that she is not alone in acknowledging and recognizing “identity fraud.”

Zhang’s essay is dense and, at times, necessitates digging into the “supplemental” pieces linked throughout her post to fully grasp her theory. Still, it is a solid and cogently-formed argument that touches on the topic of race and ethnicity and is worth a read as a journalistic essay— but perhaps not as unbiased reporting. Zhang bolsters her case with numerous examples of this type of “identity fraud” that pervades both well-meaning and not-so-well-meaning spaces, a sometimes flagrant, bordering-on-absurd misuse, and other times a defense mechanism. These anecdotes serve her cultural critique as a method of persuasion and journalistic merits, even if the piece is less “advocacy journalism” and more a hard-hitting call for reflection.