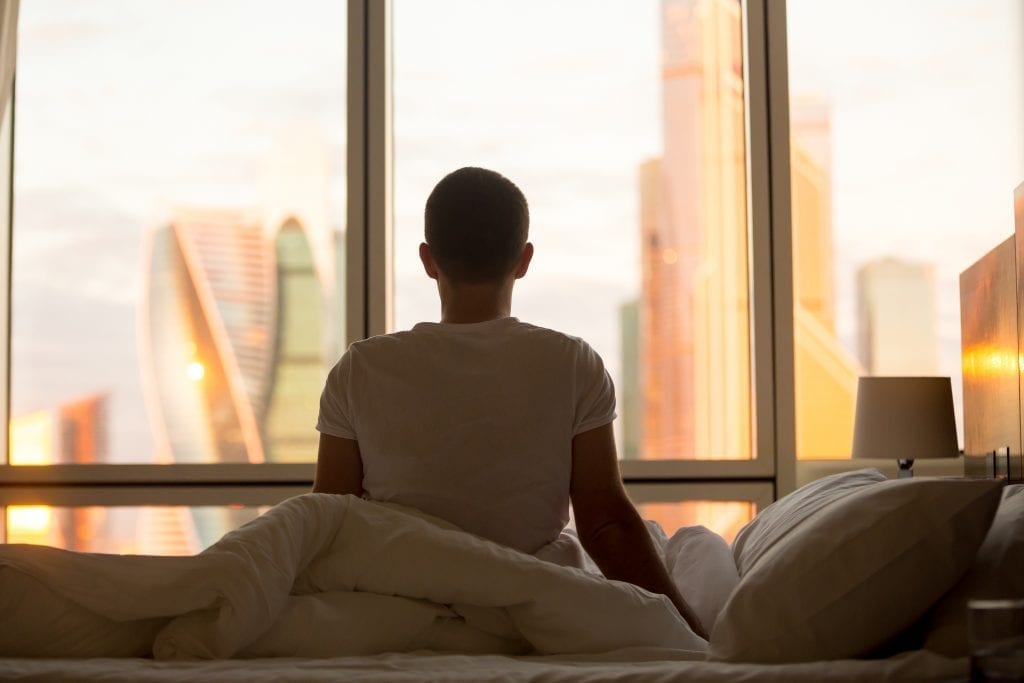 Get Lucid: How To Harness Your Own Virtual Reality with Lucid Dreaming

Photo by By Fizke via Shutter Stock

What if you could fly through the air, travel to Paris, and go on a date with Ryan Gosling all in one night? If you can harness the ability to lucid dream, you may have the ability to do just that.
Lucid dreaming is the experience of being fully aware that you are in a dream state. Movies like “Inception” and advancements in virtual reality brought this phenomenon to the forefront in recent years. How-to books and YouTube tutorials abound on the mission to lucid dream.

“The possibilities are totally endless. So, you already have this virtual reality simulator within you, you just have to learn how to harness it, and practice it a little bit better—luckily that’s totally possible,” said Kristen LaMarca Ph.D., a clinical psychologist and lucid dream expert.

In addition to the fantasy element, lucid dreaming is now being used in psychotherapy to help issues like PTSD and depression, recurring nightmares, and yes, even dreaded writer’s block—count me in! This all sounds pretty spectacular but how do you “get lucid”, as LaMarca calls it, on command?

“I think it comes down to people’s motivation. Do they really see it as something beneficial to them? Is it something they really want to look at within themselves, because it is a potent catalyst for change,” said LaMarca.

On top of merely wanting to get lucid, LaMarca explains that you must train your brain to recognize “dream signs.”  Dream signs are cues that you are in a dream state. “That could be something sort of odd that happens like your front door is missing when you get home,” LaMarca said. “Or you can look for things that are just more probable in the dream state: so things you tend to dream about, certain places, certain people, situations.”

Lucid dreams have been found to happen in the deepest part of your sleep cycle called, phasic REM. LaMarca said you can use this knowledge to your advantage. “You want to try to concentrate your induction efforts around those times, but there are also ways to enhance how activated your brain is during the night,” said LaMarca. “One way to do that is by interrupting your sleep for a period and then you stay awake and then you go back to sleep with that intention to lucid dream.” This is called “wake back to bed.”

If that isn’t enough, there may even be a pill to help you on your journey to get lucid. Along with her mentor, Stephen Laberge, a lucid dream pioneer, LaMarca conducted a double-blind study on 121 participants who took a substance called, Galantamine. It turns out the substance not only increased the ability to get lucid, but it also, “significantly increased dream recall, sensory vividness, and complexity.”

Although Galantamine is FDA approved and available over the counter, the findings from the study reiterate that more research will need to be done on the safety of Galantamine for lucid dream psychotherapy before the drug is marketed to the public.

Barring the use of Galantamine, the idea of sleep-interruption and reality-bending might still make some question the safety of lucid dream training. Will you end up like the ill-fated character depicted by Marion Cotillard in “Inception” and lose all sense of reality?

LaMarca says it’s possible, but not likely. “One of the key features of lucid dreaming is not that you’re going in to remember your dreams to mix up your realities, it’s that you’re learning how to accurately discern which reality you’re in,” said LaMarca. “I think those fears are overblown a lot of the time. Lucid dreaming is really a safe, natural state. A lot of people have them.”

Most people have lucid dreamt at least once in their life, but only 21% are estimated to lucid dream on a consistent basis.

LaMarca’s new book, “Learn to Lucid Dream,” promises to make you a part of that elusive 21%.  And you probably already guessed it, but yes, she did write some of it while lucid dreaming. “The images that came up, I used those exact words.”