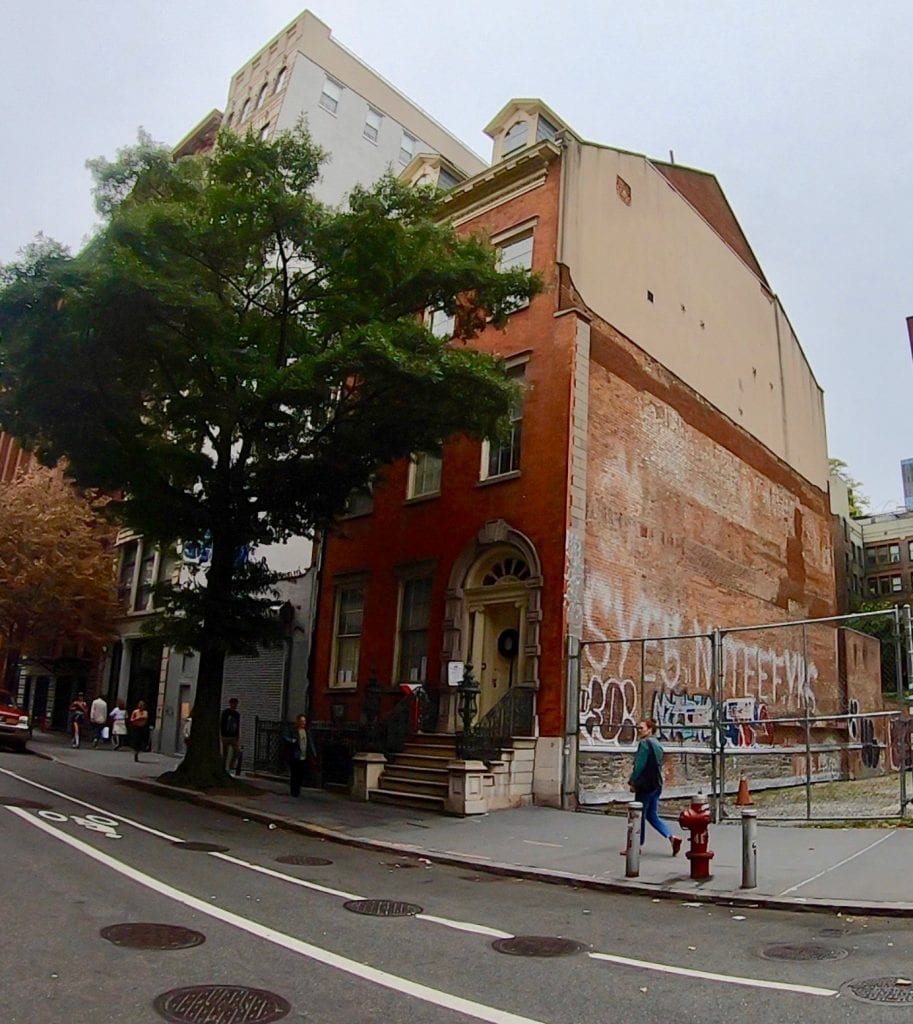 Ghosts Aren’t the Only Thing Haunting One Manhattan Landmark

NEW YORK — The 23-square-mile island of Manhattan wasn’t always the bustling, building concentrated, high-rise kingdom it is today. In the early 1800s, the island featured farms, hills, forests, and rows of homes. Fortunately, the Merchant’s House, which is now a museum, still remains intact and unchanged since the 19th century when it was home to its last resident, whose ghost may haunt you during your visit.

The museum provides tours of the home, hosts lectures, special events, and ghost tours. Staff members and visitors have reported seeing the ghosts of the Tredwell family.

“You are walking into a family’s home and seeing how they saw the world through their possessions,” said Roberta Belulovivch, the head of visitor services at the museum.

The beautiful architecture and preservation allow for insight into the history of the island that today inhabits over 1.6 million people. Recently, however, the landmark has been in danger of destruction from a neighboring developer.

Over 180 years ago, the Merchant’s House was built in a once exclusive suburb of Manhattan on what is now East 4th Street. The home was purchased by hardware merchant Seabury Tredwell in 1836 for $18,000 and remained in his family for almost a century. Seabury Tredwell’s daughter, Gertrude Tredwell was the last family member who lived in the Merchant’s House and died in the home in 1933. Shortly after, her great-nephew, George Chapman, turned the home into a museum. In 1965, it became Manhattan’s first landmark. Today, it is a museum opened to the public, but its landmark title does not protect it from construction in the area surrounding the building.

For the past seven years, the Merchant’s House has appeared in the news, not for its beautiful architecture and interior, but because it fought to stop developer Kalodop II Park Corporation from constructing an eight-story hotel right next door to the home. In 2014, the Landmarks Preservation Commission approved the developer’s plan for the hotel as long as the zoning change would be accepted by the New York City Council. This approval resulted in an expensive and ongoing battle to preserve the Merchant House Museum.

“The approval of this building would result in potentially irrevocable harm to the Merchant House,” said State Senator Brad Hoylman at a committee meeting on Sept. 18, 2018.

Belulovich stressed that the Merchant’s House is priceless. Any damage would be irreversible since you cannot replace plaster from the 1800s.

The New York City Council rejected the proposal to build the hotel, but in January 2019, Kalodop II Park Corporation filed a lawsuit to overturn the City Council’s decision. The fight to preserve this historical landmark continues.

The Merchant House Museum was built with a late-Federal brick exterior, in the shape of a rectangle with four stories and two main rooms per floor. The ground floor had the family room and kitchen and the first floor had two parlors used for entertaining guests. The second floor contained the two master bedrooms, the third floor, the children’s bedrooms, and the fourth floor, the servants’ rooms.

The interior is decorated in Greek-Revival style. This decor can be seen in the crown molding, pillars, and doorways. The museum prides itself on keeping the interior exactly as it was when the Tredwell family resided in the home in the 1800s. Everything from the tablecloths, to the bedroom furniture, ceramic dinnerware, and old fashioned plate warmers remain in its original spot in the home. Over three thousand items are showcased to visitors.

These visitors, along with staff and neighbors, have also experienced some strange ghost-like happenings. The New York Times called the Merchant’s Museum “Manhattan’s Most Haunted House.” A boy on a school tour of the home claims he saw Seabury Tredwell walking around, while others have reported strange sounds, smells, and sightings.

It is crucial to preserve this landmark for future generations because the Merchant’s House brings history to life. The conservation of the home allows visitors to take a step back in time to visualize what life was like.

For 183 years the Merchant’s House Museum has been a haven for ghost hunters and history buffs. Its preservation now lies in the hands of the courts to decide whether and how it will endure 183 more.