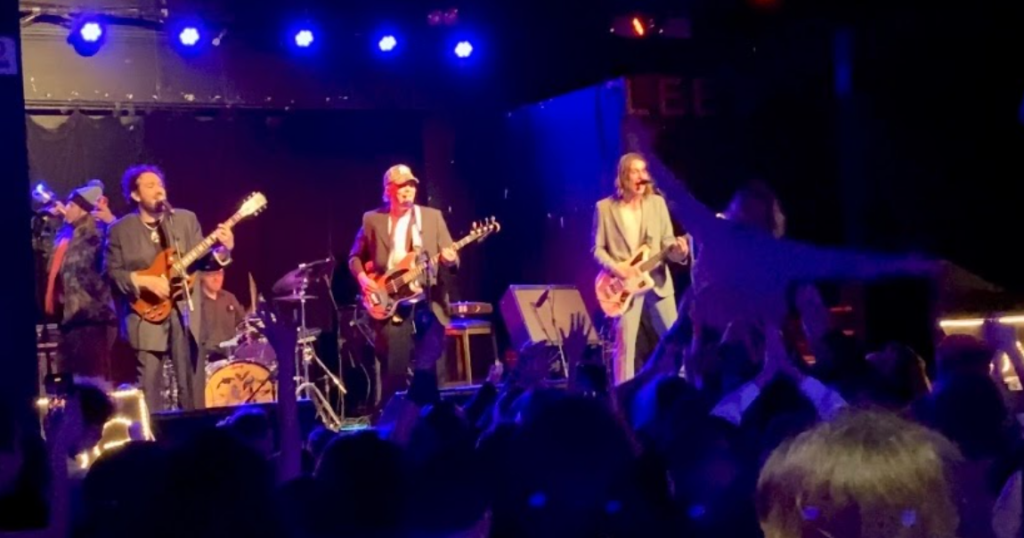 (TORONTO, Canada) — Hundreds of strangers danced shoulder to shoulder on Thursday to celebrate the debut of the self-titled album by local band Goodbye Honolulu just as venues across Toronto returned to full capacity.

The band is made up of Max Bornstein on drums; Emmett Webb and Jacob Switzer both on guitar, bass and vocals; and Fox Martindale on guitar and vocals. The band, which has been together since forming in high school, performed their entire second album after their opener, “9 million.”

They played popular songs off their latest album, among them “Dye My Hair,” “Ultraviolet Stone” and “Make You Mine.” They closed with an encore performance of”Typical,” which according to Spotify listener numbers is the most popular song off their first album, “More Honey.” They closed by singing their band name as they left the stage.

“Thanks for fucking being here. It means the world. This is like really, really special,” Webb said during their set. It was the band’s first show since February 2020.

For many in the crowd, this was also their first concert in nearly two years due to COVID-19 restrictions.

“They are fantastic, amazing, up and coming,” said Tiana Lawless, who told The Click this was her first show since the start of the pandemic.

The crowd seemed to be fans mostly in their mid-twenties to late thirties, though they were joined by a few from older generations as they cheered, sang, danced on tables, and crowd surfed. The smell of weed wafted through the air and beer splattered on the floor.

The band members were seen in the audience getting drinks at the bar before and after their set and were mingling with the crowd.

After fans lined up outside at 8 pm, they completed COVID-19 tracing information and showed their IDs and vaccination status in order to hear the main event at 10 pm.

On October 25, businesses requiring proof of vaccination were functioning as though back to normal as the Ontario government changed capacity rules. Before that date, businesses could only allow  half the number of patrons due to social-distancing compliances.

Lee’s Palace, the location for Goodbye Honolulu’s album release in Toronto’s Annex neighborhood, was originally sold out to comply with the former capacity rules.