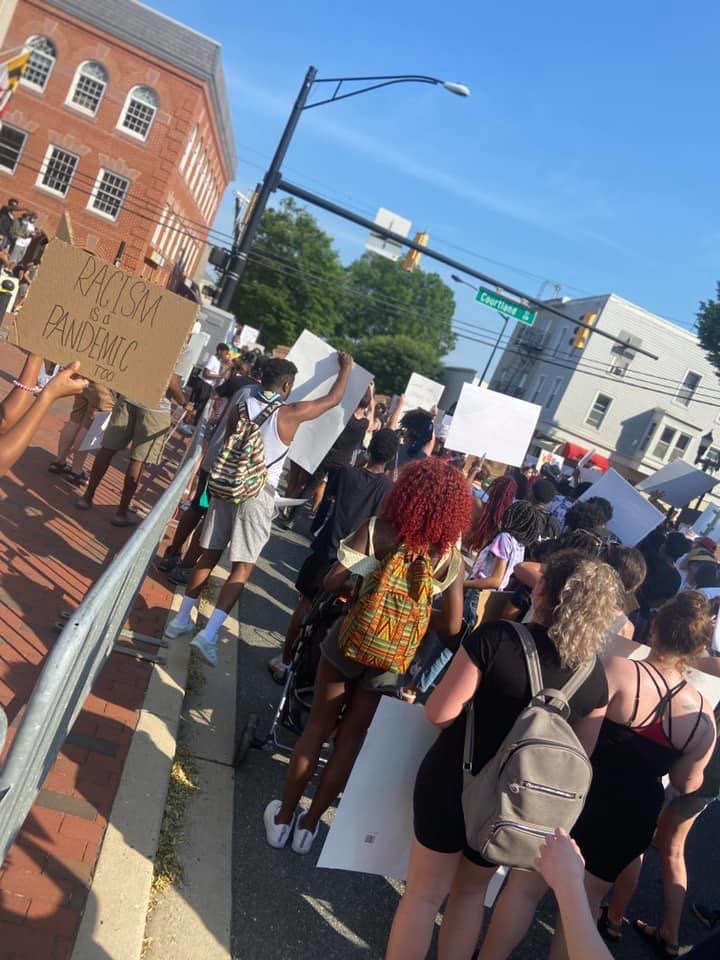 (BEL AIR, Maryland) — Sydney Branch was only in the fifth grade when she first encountered racism in the conservative stronghold of Harford County, Maryland.

She recalled when a white man drove past her elementary school during recess and shouted “Hey, little black girl,” exposing his backside out of his car window — a moment forever changing her perspective on race and identity. “That whole incident kind of just opened my eyes,” she said. “I was like, ‘Oh yeah, I really am different, and some people don’t appreciate that.’”

Branch, now 22, has been thinking a lot lately about the racism she endured — a topic of conversation between her and her therapist. “I didn’t really grasp the concept of like, ‘They are bullying me because I’m Black,’ you know what I mean?” Branch said.

Harford, with a 75% white population, is starkly different from Maryland’s overall racial and political makeup. Although Black and Latino communities there have grown by about 3% since 2010, there remains a heightened sense of estrangement among the population since the presidency of Donald Trump.

Now, as the nation reckons with its history of racism after the murder of George Floyd and the rise of hate crimes against Asian Americans, many who identify as Black, indigenous, or person of color (BIPOC) have begun dealing with their own trauma in a very personal way: through therapy.

A growing number of resources dedicated to BIPOC mental health have gained traction after nearly a year of social unrest. Organizations such as The Asian Mental Health Project and Black Mental Wellness promote educational campaigns on mental health, while directories like Inclusive Therapists and Therapy For Black Girls connect people of color to therapists of color.

“I started going to therapy consistently in late August, and it was after the summer of everything happening with George Floyd and Breonna Taylor,” Branch said.

Branch has seen her therapist, a Black woman, on and off for nearly four years since moving to Nashville for college. She declined to name her therapist, but said finding a Black woman was a priority after multiple sessions working with white counselors. “They’re really nice and helped me through, but I felt like I had to explain my situation a lot in a way that I don’t have to do with my Black therapist,” Branch said.

A quick browse through Psychology Today’s database of  specialists reveals that between 15% and 20% of therapists in Harford County are BIPOC. Therapists and counselors of color, some even specializing in issues related to racial identity, work with clients who share similar racial and cultural backgrounds.

One example is Pivot Point Counseling in Bel Air, Harford’s county seat. The practice’s director, Katelyn Trentalange, has been intentional about providing mental health services with an increased focus on marginalized communities since 2014. 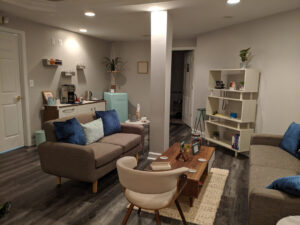 “Our director is really emphasizing inclusivity,” Emily Fadgen, an Asian American art therapist at Pivot Point, said. “As she is expanding, [she is] actively seeking to have a diverse range of therapists so that clientele feel like they have the opportunity to work with people that they connect with more.”

“Art offers a way to access, express, explore, share any type of internal experience that is consciously hard to talk about,” Fadgen said. Using the free form of art therapy often enables clients to engage with “stuck emotions” or suppressed feelings, she explained.

After starting her position at Pivot Point at the onset of the pandemic, Fadgen said her Asian clients expressed varying concerns about racism in Harford County. “While they are aware of some prejudice and racism, for them as individuals being a minority, I hear some level of acceptance of like, ‘Well, this is always how it’s been,’ or ‘This is how it is here,’” she said.

“Harford County is like this little pocket of Farmville,” Will Baker, 20, a lifelong resident, said. “They just don’t get new things that often. There’s not a whole lot to do; we don’t get out of Harford County much. So it’s very much its own little closed pocket.”

Baker, an adoptee from China, said he grew up experiencing racism and tolerating microaggressions (racist remarks often concealed through compliments, questions, and jokes).

“The first guy I ever dated had a younger sibling who, the moment they first saw me, pulled out their eyelids because they had never seen an Asian before,” he said.

In 2020, there was a reported 149% rise in anti-Asian hate crimes incited by political rhetoric across the country, according to a report by the Center for the Study of Hate and Extremism at California State University, San Bernardino. Baker and his sisters, who are also adopted from China, said they have experienced more frequent episodes of xenophobia since the pandemic began.

In one incident, Baker’s sister Sierra, a former grocery store employee, recalled when a customer told her it was a “good thing” she had not been shot yet and laughed as he continued to walk out of the store.

Despite the growing nationwide assaults, the siblings do not see violence against Asians as an imminent threat in Harford County. “They’re gonna say stuff. They’re gonna maybe be a little ignorant, racist, discriminatory. I don’t know, I don’t see them as a violent people,” Will Baker said.

While no attacks against Asian Americans have been reported in Harford County, it has seen an increase in hate crime reports since 2015, with an average of 17 reports filed each year, according to Maryland’s 2019 hate bias report.

In 2019, a 25-year-old man was found in possession of replicated Nazi gear and 2,500 rounds of ammunition after police say he desecrated a church with racist and homophobic messaging using spray paint. 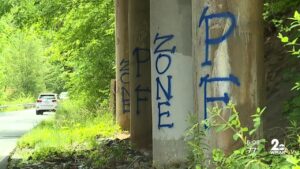 A year later, graffiti from the neo-Nazi group Patriot Front was found along the Ma & Pa Trail, a popular running route in Bel Air.

Around the same time, Black Lives Matter protests were springing up around the county, with onlookers sometimes showing aggression toward the protesters. During Harford’s largest protest in Bel Air, where a reported 200 people gathered in front of the county sheriff’s office, a group of men hurled racial slurs from the top level of a parking garage at a small group of protesters, according to a Baltimore Sun report.

During a similar protest attended by this reporter, people driving through Main Street flashed middle fingers as chants of “No justice, no peace” and “Hands up, don’t shoot” filled the air.

Bel Air BLM protest today…never in my life did I think I’d see this in Harford County, Maryland pic.twitter.com/nrLfj31cQV

The toll of a lifetime of racial trauma can be draining. Around 78% of Black adults say being Black in America is difficult; 67% say discrimination is a major source of stress, according to a 2020 Annual Stress in America survey.

When asked if they see themselves living in Harford County for the foreseeable future, all of the people of color who spoke for this story said no.

Teal delivered food for DoorDash in Harford after the pandemic forced her back home from college. “It made me extremely uncomfortable, especially doing orders at night,” Teal said. “Just going up to the house and already seeing that Trump sign or that Trump flag. Like, how are they going to perceive me as a Black girl?”

Like Teal, Will Baker also desires a change in environment. “I think in a different place I would be able to find a set of people I’m more similar to,” Baker said. “People who have understood oppression all of their lives [because] all of my friends are mostly white.”

In Branch’s case, she’s bracing for a move back to Harford County from Nashville with plans to attend law school at the University of Maryland. She said her therapist is helping her prepare for the transition, one she’s not looking forward to.

“I don’t really have people I trust back in Maryland. And I’m just gonna have to start over again with that natural distrust that I have for people. That’s going to be a little rough,” she said.

Branch said her racial trauma manifests through paranoid thoughts about the people she befriends, assuming everyone is prejudiced until proven otherwise. Although therapy is allowing her to heal from the anxiety and mistrust she’s carried around for years, she, like many other people of color in Harford, understands that sometimes you have to deal with the hard truth.

“When you grow up in [Harford County], you’re just so used to this is reality: Everyone around you is white, they’re all gonna make jokes, or side comments, or touch your hair,” Branch said. “Whatever, it’s just like, that’s existing.” 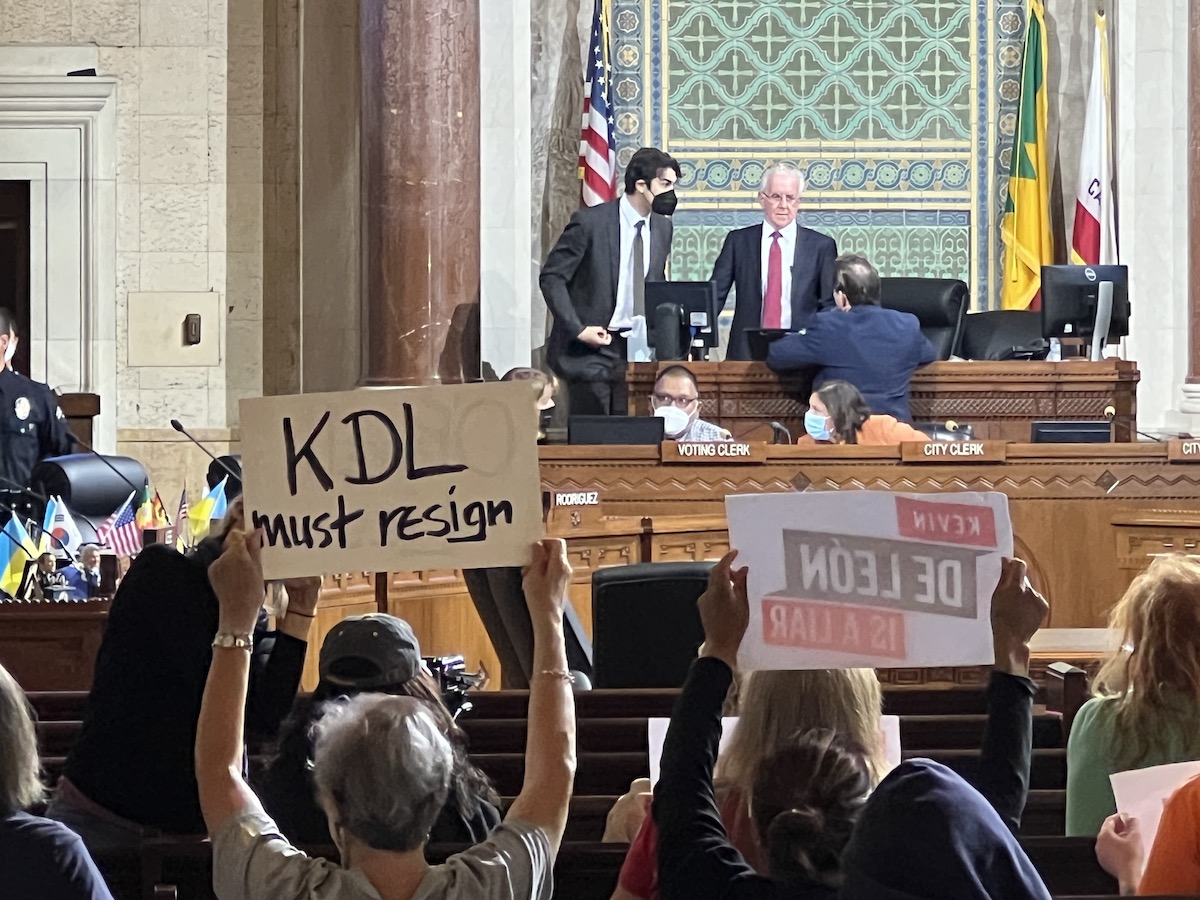