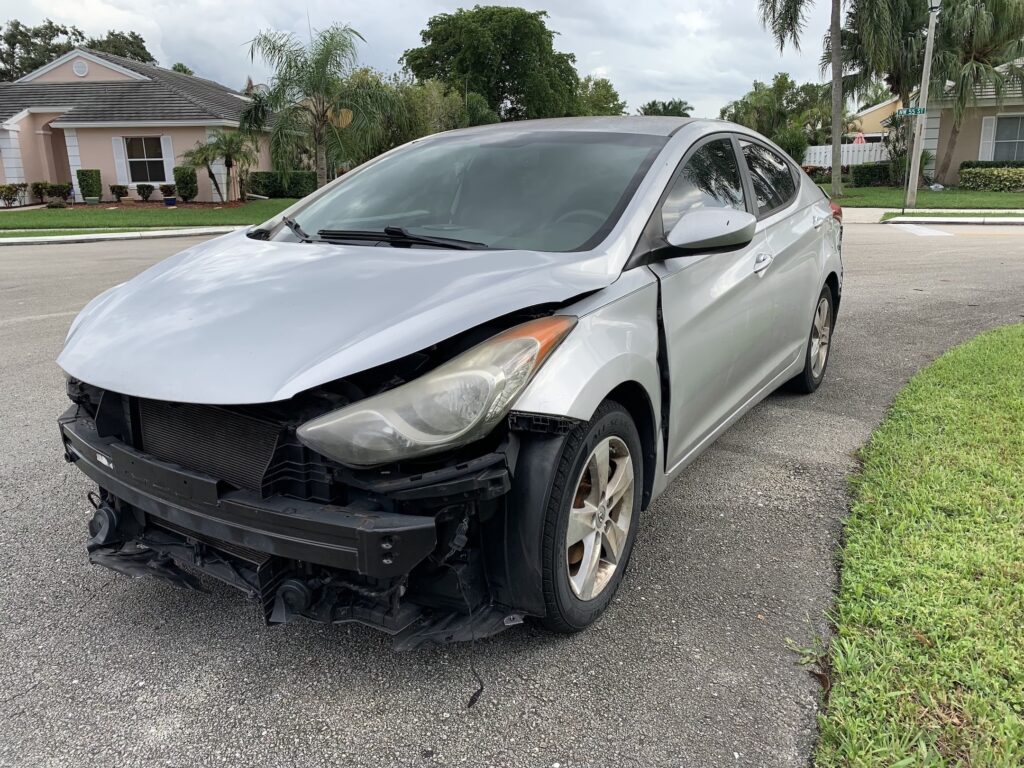 (BOCA RATON, Fla.) —  A 25-year old man hydroplaned and crashed into the highway median on the Florida Turnpike on Sept. 20, according to police.

The accident took place at about 10:15 pm as the driver was heading southbound on the Florida Turnpike near exit 79, according to an incident report from the Florida Highway Patrol. The driver, Brian Mozca, said he left work in Boynton Beach and noticed the rain was making it hard to maintain control of the vehicle as he kept driving.

“Once I felt like I was losing control, the back of the car felt like it was fishtailing from left to right,” Mozca said. “The next thing I know, the car was spinning and sliding from the middle lane towards the median on my left-hand side. I was hydroplaning and spun three times until I finally collided with the median where the car took turns crashing as it spun against the wall. I thought the car was going to go over and into oncoming traffic.” Firefighters were first to arrive at the scene followed by the highway patrol. This caused the left lane to be closed for about two hours while police took Mozca’s statement.

Mozca was able to walk away in one piece. As for the other vehicle, other than losing the entire front bumper on initial impact, the left lane of the turnpike was littered with pieces of glass and debris from the collision. Although the vehicle crossed lanes while spinning it avoided making contact with any other vehicles traveling on the highway that gloomy Monday night.