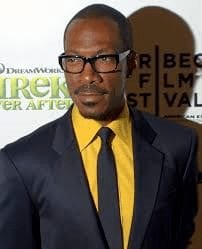 Eddie Murphy will be bringing the funny in 2020!  According to several news outlets, including an article in The New York Post, Murphy and the powers that be are “reportedly in talks with Netflix for a series of comedy specials,” with the price tag set at a whopping $70 million dollars. It’s no surprise to anyone familiar with the comedy legend why the streaming giant would shell out such big bucks for what would be the most anticipated comeback tour since Dave Chappelle returned to comedy in 2016. Chappelle received $60 million for his three Netflix specials, as reported by The Post’s Page Six in 2016.

With Murphy, 58, having been off the comedy circuit for over 30 years—his last tour, Eddie Murphy’s Raw, was in1987 grossing more than $50 million —older fans will undoubtedly be seeking to hear some of that same raw humor that catapulted him to fame back in the early 80’s.  Newer fans, who came to know Murphy as an actor from blockbuster movies including Beverly Hills Cop, Trading Places, The Nutty Professor, Doctor Doolittle, and Dreamgirls (for which he received a best supporting actor Academy Award nomination), might be surprised to find that he is a comedic genius who paved the way for many of their favorites including the likes of Chappelle, Chris Rock, and Kevin Hart. 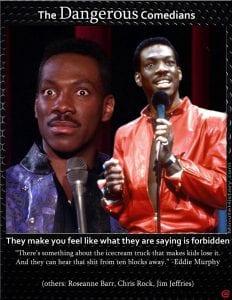 When reached for comment about Murphy’s return to standup, veteran entertainment manager Richard Murphy, who happens to be Eddie’s cousin and whose father, the late “Uncle Ray” Murphy, managed Murphy during the height of his career, said that while many feel this is a comeback, Eddie “never left.”  “You can’t go a week without an Eddie Murphy film being on cable,” he added.

“The next two years could be very huge for Eddie Murphy. His return to stand up will be monumental as he still retains the record for the highest grossing concert film ever. It’s going to be a phenomenal event akin maybe even to Michael Jackson’s ‘This Is It’ residency.” Casual Convo with Marsha Podcast:  An Interview with Rich Murphy

Murphy revealed his intention to do a comedy tour next year during an interview on the Netflix podcast, Present Company with Krista Smith. “Next year in 2020 I’m going to go on the road and do some standup.”  Looks like 2020 will, indeed, be quite a year for Mr. Murphy. In addition to the tour, he’s slated to host Saturday Night Live, the show that made him famous. He’s also set to return to the big screen in the movies Dolemite Is My Name, playing  legendary comedian Rudy Ray Moore, as well as reprising his role as Prince Akeem in the highly anticipated sequel, Coming to America 2.

As Rich Murphy stated, “Many believe 30 years of rust is hard to shake off, but when you’re the best to have ever done it, even your second best is better than everyone else.”