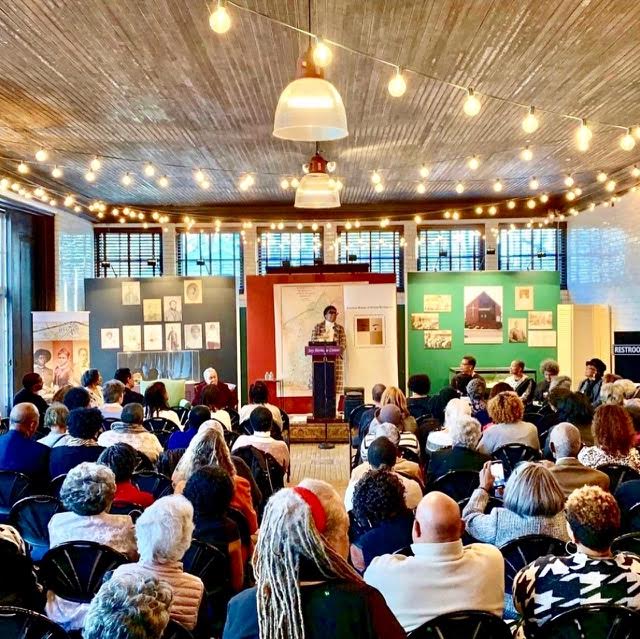 How a New York Landmark Is Addressing the History of Slavery

(RYE, New York) — On a misty October day, the gardens at the Jay Heritage Center (JHC) offer a respite from the rush of city life near the Long Island Sound.

The center’s sweeping yellow mansion with Greek pillars and green shutters sits away from the main road — at first glance it looks out of place in the tidy suburban town of Rye.

But the center has been here far longer than the town that sprawls around it. This was the familial home of U.S. Founding Father John Jay, whose long list of accomplishments includes being the first Chief Justice of the Supreme Court. But as with any historical figure from his era, Jay was a man of contradictions: though he often spoke against the concept of slavery, he still owned people as property. African American slaves and freed men and women worked for the Jay family, and many of them are interred on the property in Rye.

This dichotomy has been at the forefront of programs and events hosted by the JHC, which is looking to spotlight this complicated legacy as conversations around race and America’s historic sites force communities to reevaluate our nation’s past.

“After George Floyd and Black Lives Matter, people started noticing us more,” Suzanne Clary, president of the Jay Heritage Center, told The Click. “They wanted to know who was raising awareness in the community — we always have been.”

A National Landmark with a Storied Past

The JHC sits on 23 acres in the upscale town of Rye. A predominantly white suburb of Westchester county, Rye was founded in 1660 and is known as a coastal town with a population of 16,592 as of 2020, according to the U.S. Census Bureau.

The JHC changed hands over the years and was eventually sold to a developer in 1979 who planned to transform the property into condos. This started a 13-year grassroots effort to turn the property into a historic landmark, Clary explained.

The JHC is part of the Boston Post Historic District, which includes Jay Estate, the Jay Cemetery, Marshlands Conservancy, Whitby Castle, and the Lounsbury House, covering 286 acres. They were given the National Historic Landmark distinction because of the archeological significance of the five properties, as well as their association with Jay, according to the town’s local newspaper, Rye Record. 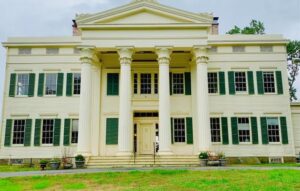 The JHC takes pride in belonging to the Boston Historic District and its staff works with the community to unravel the lives of those who called the Jay Estate their home.

“People think slavery was only in the South. They don’t realize there was slavery in New York,” Clary said. “The Jay Heritage Center is committed to researching and interpreting the lives of all the residents who lived and worked at the Jay Estate.”

A Slave Owner and an Abolitionist

Jay may not have been the focus of a Broadway hit like Alexander Hamilton, but he was instrumental in the ratification of the U.S. Constitution that helped form the strong centralized government we have today. Besides serving as our first chief justice, he was also a diplomat and a governor of New York. It was in that latter role where he signed a bill to abolish slavery in the state.

“It is much to be wished that slavery may be abolished,” Jay wrote in a letter to English politician R. Lushington. “The honour of the States, as well as justice and humanity, in my opinion, loudly call upon them to emancipate these unhappy people. To contend for our own liberty, and to deny that blessing to others, involves an inconsistency not to be excused.”

However, Jay himself was guilty of this inconsistency. It’s believed that Jay owned at least 17 slaves, according to records from New York Slavery Common. He bought, sold, and rented out his slaves but also advocated for the abolition of slavery.

And while he eventually freed his slaves and believed in emancipation, he felt full abolition should be done through legal channels at either the state or federal level.

It’s Not Just the Jay Home

Cesar Valentine was one of the men who worked for the Jay family. Although he was freed in 1824 following the deaths of Jay’s brother and sister-in-law, he chose to continue living at the Jay estate.

“We believe he was a waiter or a butler on the property and he cared for the children,” Clary said. “Valentine is believed to have witnessed the dramatic changes to landscape and property, including the Greek revival house that is there today.”

Through partnerships with groups like the African American Cemetery in Rye and digitized letters from Columbia, the JHC has worked to learn more about Valentine and the other enslaved men and women who lived on the property.

“After five years of working with descendants of people buried in the cemetery, the Jay Heritage Center made a connection to Cesar Valentine and learned he had a son,” Clary said. “The enslaved people weren’t just statistics, they were real people who had babies, and were likely married. You look back at history and say, this was their home. They lived there as a family. This was the Valentine home as well as the Jay Estate. It was both.”

The JHC’s work around Valentine’s story is part of an ongoing push to innovate the way they explain history, staff there told The Click. Its roster of programs now includes events geared toward social justice and environmental stewardship, among other timely topics. 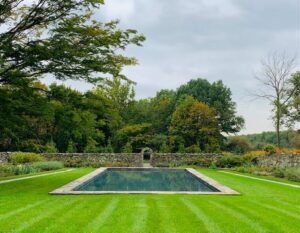 “They didn’t want another house museum, they wanted a house filled with people and ideas,” Kevin Peraino, the JHC’s executive director, told The Click. “There are so many different directions you can go in environmental stewardship, or social justice issues. The Jay Heritage Center is a place to have conversations.”

Three Pulitzer Prize winners have hosted events at the JHC, including authors Samantha Power and Isabel Wilkerson. There have also been seminars on more pressing issues such as climate change and the recognition and celebration of Juneteenth.

One of the longest running programs at the JHC is “Striving for Freedom,” an interactive production about abolitionism in New York. Children learn the story of real-life sisters Mary and Clarinda, who were enslaved by the Jay family. The production portrays the lives of these two siblings while contemplating the contradictions of a free nation that denies freedom to African Americans.

“‘Striving for Freedom’ offers students a broader understanding of slavery, not as a Southern issue but as an American one. They learn about slaves who lived and were eventually freed on the very estate where they are sitting as audience members,” Kelly Bakshi, a volunteer and long-time resident of Rye, told The Click. “As a social studies teacher, this type of live, interactive storytelling creates a powerful context for us to continue exploring within the walls of the classroom. We are lucky to have this free, local program on a historical site.”

Preserving the environmental, archeological and cultural aspects of the descendants has been a priority for the JHC.

This year, the JHC completed renovation of their outdoor garden with the help of architectural firm Nelson Byrd Woltz. According to the firm’s website, the team “created a dynamic plan that underscores the cultural history of this site at a time when discussions of the relationship of race and land and public access to fresh air and green space are long overdue.” 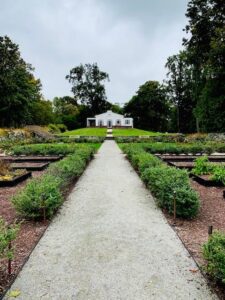 The grounds at the Jay estate have also uncovered artifacts from Archaic and Woodland periods, as well as the Colonial era. Paleo-Indian pottery, nutting stones, and even Kaolin clay pipes have been discovered on the property, Peraino said.

Also leading the effort was the nonprofit Friends of the African American Cemetery, headed by its president, Dave Thomas. “Together with the Friends, the town, and the Jay Heritage Center, the interns have restored over forty headstones to their upright positions,” Thomas wrote in a blog for the World Monuments Fund. “We originally planned for the crew to work the entire week. In just three days they accomplished more than I had hoped.”

The restoration of these graves will allow the groups to locate living relatives of the deceased and lead the way in rebuilding a piece of history.

“When you restore a gravestone, you’re not just restoring a story, you’re restoring dignity,” Clary said.

JHC credits different groups with providing assistance in their rebuilding efforts from its infancy to the establishment it is today.

“We exist because different groups went to bat for us,” Clary said. “The best way we can pay it forward is to go to bat for other groups.”

In a changing social climate, JHC hopes to become a focal point for educating the community on our shared history and contribute to the national dialogue that’s changing the way America looks at race and land.

“It’s always been on our radar — through African American Heritage programs we find different groups we can partner with who don’t have space or need direction to resources, and we continue to help connect groups through publicity and awareness,” Clary said. “The best way to build tolerance is if we are transparent about the things that have happened and we continue to talk about them.”