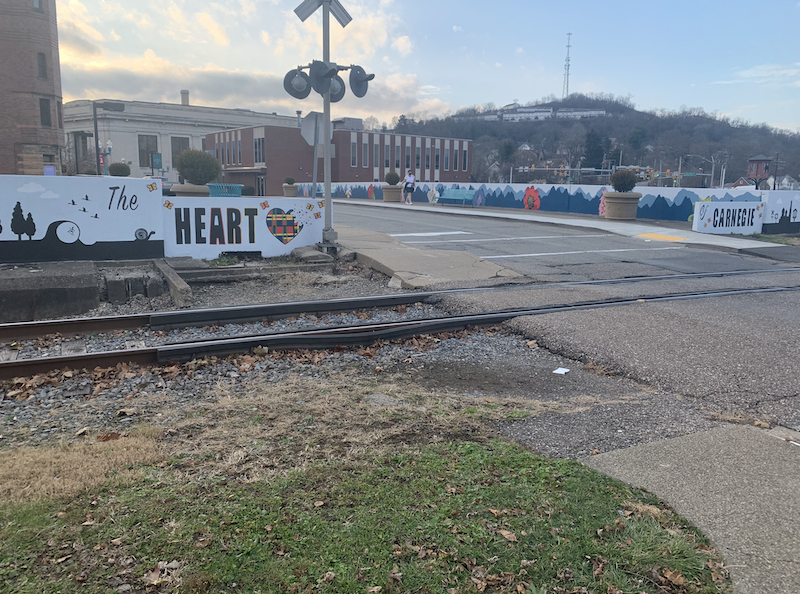 How a Small Town in Pittsburgh, Pennsylvania Made a Comeback

(Pittsburgh, Pa)– What does it take for a town to survive or fall victim to its time?

In 2004, Carnegie, Pennsylvania caught the remnants of Hurricane Ivan through a devastating flood; resulting in millions of dollars lost in damages. Before then, it suffered an economic collapse, and long before then, Carnegie found itself at a crossroads with the Klu Klux Klan.

But in 2021, Main Street, the downtown area of Carnegie, is now home to many popular restaurants and local small businesses that have become a new Pittsburgh-area destination for residents and visitors alike.

Though around the country, 2020 was a tumultuous year for small businesses, Carnegie’s local economy thrived, with its job market growing by .2%, according to Bestplaces.net. Within the next ten years, Carnegie’s job market is expected to grow by 24.3%. The town of 7,730 residents has seen a rebirth through both individuals and group efforts. 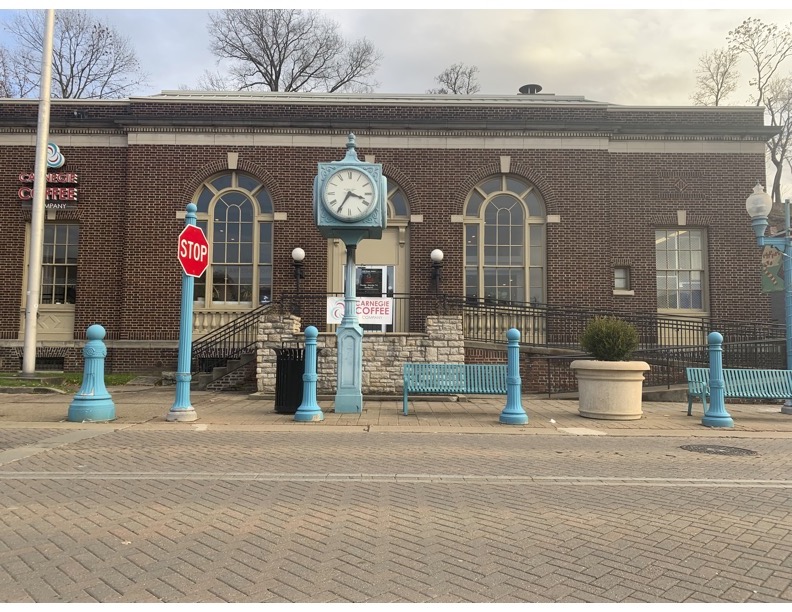 Along Main Street, visitors can shop at unique stores like Carnegie Coffee Company, a coffee shop located in Carnegie’s renovated post office, or dine at a restaurant that serves authentic Afghan cuisine at the Afghan Kabob House.

Originally two towns, Chartiers and Mansfield, the borough of Carnegie was named after philanthropist and industrialist, Andrew Carnegie; after he promised to donate a library to the townspeople. Carnegie, Pa became official when the towns merged in 1894.

Not soon after though, Carnegie found itself at a crossroads with the Klu Klux Klan in 1923.

Wanting to march over the “Irishtown” area of Carnegie, the Klan was met with resistance from Irish and Catholic residents.

10,000 clan members assembled in Carnegie Park, and after a cross-burning rally, KKK members decided to march through the streets. Upon their entry into Carnegie, residents started hitting them with bricks, hot water, and oil; resulting in one man being killed, said Jeffery Keenan, secretary of the Historical Society of Carnegie.

“There was a lot of gunfire, and they charged one man here in Carnegie with the murder…it was a pretty big thing,” Keenan said.

“When they [Superior Steel Company] closed, it had a major impact here, as it did all through western Pennsylvania all through the rust belt,” Keenan said.

In 2004, Carnegie caught the remnants of Hurricane Ivan. It flooded the business district and nearby residential streets, dumping nearly six inches of rain on Carnegie. One resident died.

“In the flood of 2004, there was a mistake in how the Corps of Engineers released the water and it came down to Carnegie, which took the brunt of it,” Keenan said.

Still, “Carnegie was able to experience a rebirth as an artist, community, and fine dining community. It’s a walkable, talkable community. It hasn’t suffered the gentrification that some areas have because the families are passing down the properties,” said Keenan. 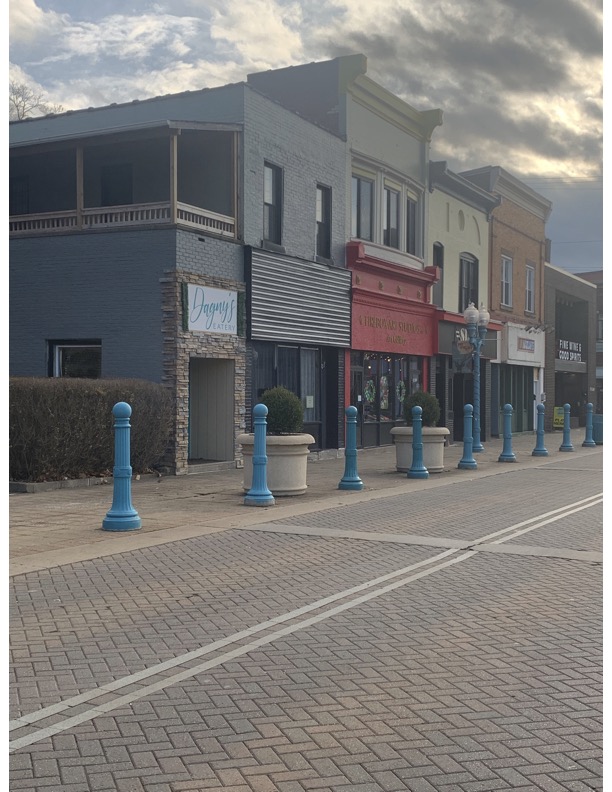 After the many obstacles Carnegie faced, it was with the help of the CCDC, Carnegie Community Development Community, that the town was able to experience a rebirth.

The CCDC’s mission is to encourage the “development and growth of a vibrant, diverse and healthy community.”

Joanne Letcher, executive director of the CCDC, explained how the CCDC was created.

Industrial development authorities, a low-interest loan for eligible businesses that commit to creating full-time jobs, began in the seventies when people could not afford bank loans. Because Carnegie’s local IDA, the Chartiers Valley Industrial Authority wanted to invest in towns and boroughs, the CCDC was formed by local business and community leaders.

After the 2004 flood from Hurricane Ivan, the CCDC knew that the only way to save the town was to put money right back into it.

The CCDC started a “business attraction and retention grant.” Around 36 to 40 businesses took this grant of up to $50,000 to help restore their business, said Fletcher.

“All in told, we put close to a million dollars in Carnegie to revitalize after the flood. And that I think that really jump-started everything,” Fletcher said.

Carnegie was even able to grow during the COVID-19 pandemic – making it one of four towns around Pittsburgh that added businesses during COVID, said Fletcher. It added 10 new businesses.

“All in told, we put close to a million dollars in Carnegie to revitalize after the flood. And that I think that really jump-started everything,” Fletcher said.

Carnegie was even able to grow during the COVID-19 pandemic – making it one of four towns around Pittsburgh that added businesses during COVID, said Fletcher. It added 10 new businesses.

“It [Carnegie] is an amazing community because we have such a variety of people all working together and care pretty much, for the most part, getting along to improve life for everyone, ” Fletcher said.

Business owners in Carnegie have also started to work together to help out one another through the Building and Business Owners of Carnegie or BBOC, started by Fletcher.

“Pre-covid we would get together every other month and that kept everyone networking and the borough would attend meetings to update everyone on the growth side of things. So, I think that was a big help to get everybody working together and knowing each other and helping each other’s businesses,” Fletcher said.

What started as a one-day event, turned into a recurring event.

Now, every second Friday of every month from May to October, people can walk the streets with certain businesses having special promotions, some form of entertainment, or live events. Restaurants can also provide happy hour or dinner specials.

Born and raised in Carnegie,  local resident Samantha Walnoha has seen the town go through many changes; especially on Main Street.

Walnoha attributes Main Street’s growing popularity to the Carnegie Crawls saying, “On Friday, people just crawl down Main Street and I think that’s a nice change Carnegie has had. [The Crawl] has brought a little bit more of a nightlife and younger crowd into Carnegie. ”

Walnoha’s has stayed in Carnegie for the past 33 years because of its great location.

“It’s very centrally located… I just like that it is in the suburbs, but you can still go to the city and experience that city life,” Walnoha said.

For Walnoha, it’s always a fun outing to Main Street because of the many different places to shop and eat. When friends visit, she has no problem recommending a place because of how good the food is.

Some of Walnoha’s favorite spots to visit on Main Street are Carnegie Coffee Company, Scoops, and Riley’s Pour House.

When asked why people should consider moving to Carnegie, Walnoha said,  “The property value it’s gone up. I think that we have a good school system here. We have parks…  I feel like it’s just a very nice area to live.”

Kate McGrady is the owner of The Artsmiths of Pittsburgh in Carnegie, an arts education non-profit that not only collaborates with at-risk youth to facilitate art programs but also sells local artists’ work and teaches art classes.

Having only moved to Carnegie last year, McGrady already feels at home saying, “Main Street, home to the shops and restaurants, happens to primarily focus on the arts, so it’s a perfect fit for us.”

To McGrady, moving to Carnegie also meant being in a more diverse and welcoming environment.

“It’s a very interesting mix of people. There is a very strong history here and there are residents that are lifelong residents. It is a much more racially diverse population than most of the communities we see in the South Hills,” McGrady said. 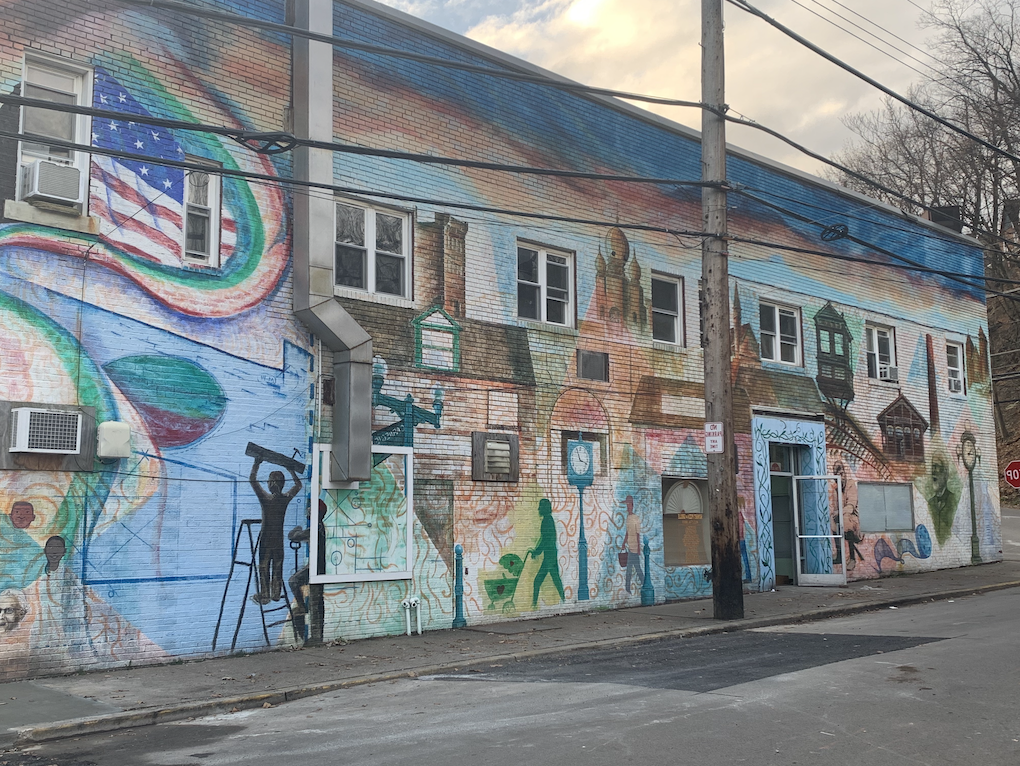 When asked why Carnegie has gone through a resurgence, McGrady said, “One of the things people say about communities that want to resurge is, a lot of time the artists come in first.”

With a strong history in the arts, McGrady also acknowledged that Carnegie has survived because of how the community has rallied around its business district.

“It’s [Carneige] just a great group of people. The people that are here are they want to support one another. They’re super down to earth,” McGrady said.

After all these years, it turns out, Carnegie was the little town that could.