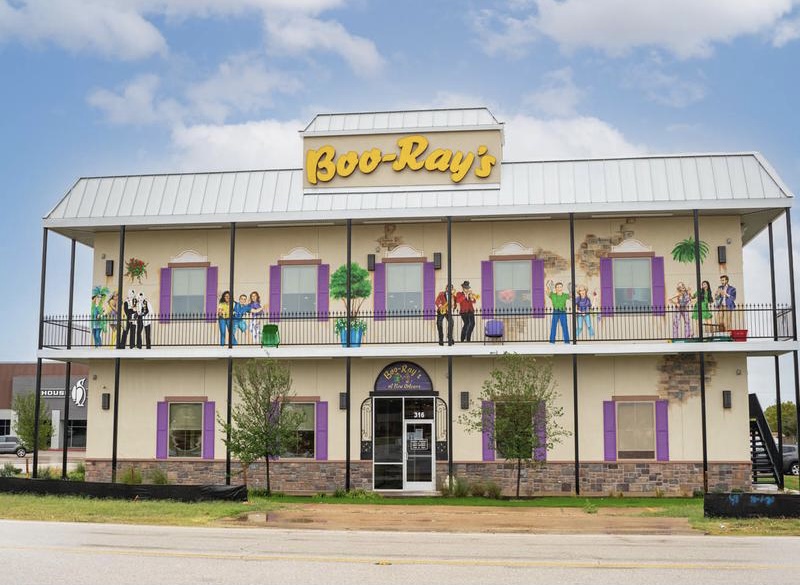 How Boo-Ray’s Survived the Pandemic

(ALEDO, Texas) — In Louisiana, Bourré is a trick-taking card game. In Texas, it’s the inspiration behind Scott Marks’ Cajun restaurant Boo Ray’s, which had to do some tricks of its own to survive this past year. 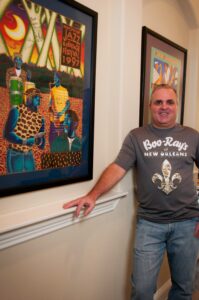 Marks had seen nothing but success since opening Boo-Ray’s doors in 2004. That was until March 2020, when the coronavirus pandemic arrived and forced restaurants to either crumble or get creative. And the New Orleans-native did the latter — opting to return to his roots in order to stay afloat.

“I’ve done every single possible thing you could do in the restaurant business. From dishwasher to chef to corporate chef to kitchen manager to service manager — the last thing I had to do is own my very own [restaurant].”

According to a 2005 study done by Ohio State University, 60% of restaurants don’t make it past the first year, and 80% go under in five. When asked about the hardships in those beginning years, Marks said his near 30-year experience in the business prepared him well.

“The operation part was the easier part… it was more the little things,” he said. “All these hidden taxes that were set out — that was a challenge. When I’m thinking I’m just running a restaurant and have a profit and loss statement going, and I’m doing pretty good, and all of a sudden, here comes the first quarter, and you owe $10,000 in property tax, like, ‘Oh, shoot, I didn’t budget for that.’ So that was kind of the learning experience.”

But 15 years later and just 10 days after opening Boo Ray’s third location in Crowley, Texas, COVID-19 forced him to close his doors — introducing a new wave of challenges.

“It was a very big learning experience,” Marks recalled. “It was pretty gut-wrenching. It was a numbing feeling… almost like you just lost somebody you love.”

For the grand opening of the Crowley location, Marks said he racked up a half a million dollar bill on food, training, and restaurant equipment.

“We literally had a $500,000 bill, and all of a sudden, we shut down… I had very little income coming in, and we had outstanding bills… So yeah, that was a handful.”

Marks and his team hit the ground running, experimenting to see what they could do to manage.

“We did to-go orders, and I had a budget to see what was going to work, what we were going to do, what we had to do in sales to make it work… We had no choice but to do it and try it and make it work,” he said. “At first… we were actually doing real well, but as far as execution, it wasn’t nearly what we needed. But after about the second week, we actually started doing pretty darn-good sales. [It] was actually pretty awesome.” 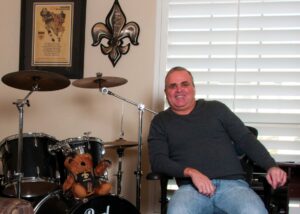 Richard Smith of Bedford was one of the first in line when Boo Ray’s started doing to-go orders at the start of the pandemic.

“COVID was such an uncomfortable time for everyone, you know, especially for restaurants. To know that I could help them out and at the same time order myself some jalapeno catfish — I obviously was on board for that,” Smith said. “They are good people with even better food.”

Marks said he also applied for a small business loan for about $300,000 to help during the pandemic.

“It would have been a longer struggle if we didn’t do it, if we didn’t get that money. But we probably would have survived without it,” he said. “In the end, though, we figured out how to make it all work.”

Before the pandemic, Marks said Boo Ray’s was looking at 15% profit in the good months. When COVID-19 hit, he said, even a 1% profit was a victory. Once the restaurant began mastering the to-go window, Marks said they turned about a 5-8% profit.

Boo Ray’s is now back to its pre-COVID profit margin, Marks said. And as for seeing his customers again, he said it was like a family reunion.

“It was pretty awesome. I had some tears in there,” Marks said. “It’s nice to see your loyal customers come back right when you open the doors… almost like a family reunion — hugging and just glad to be out.”