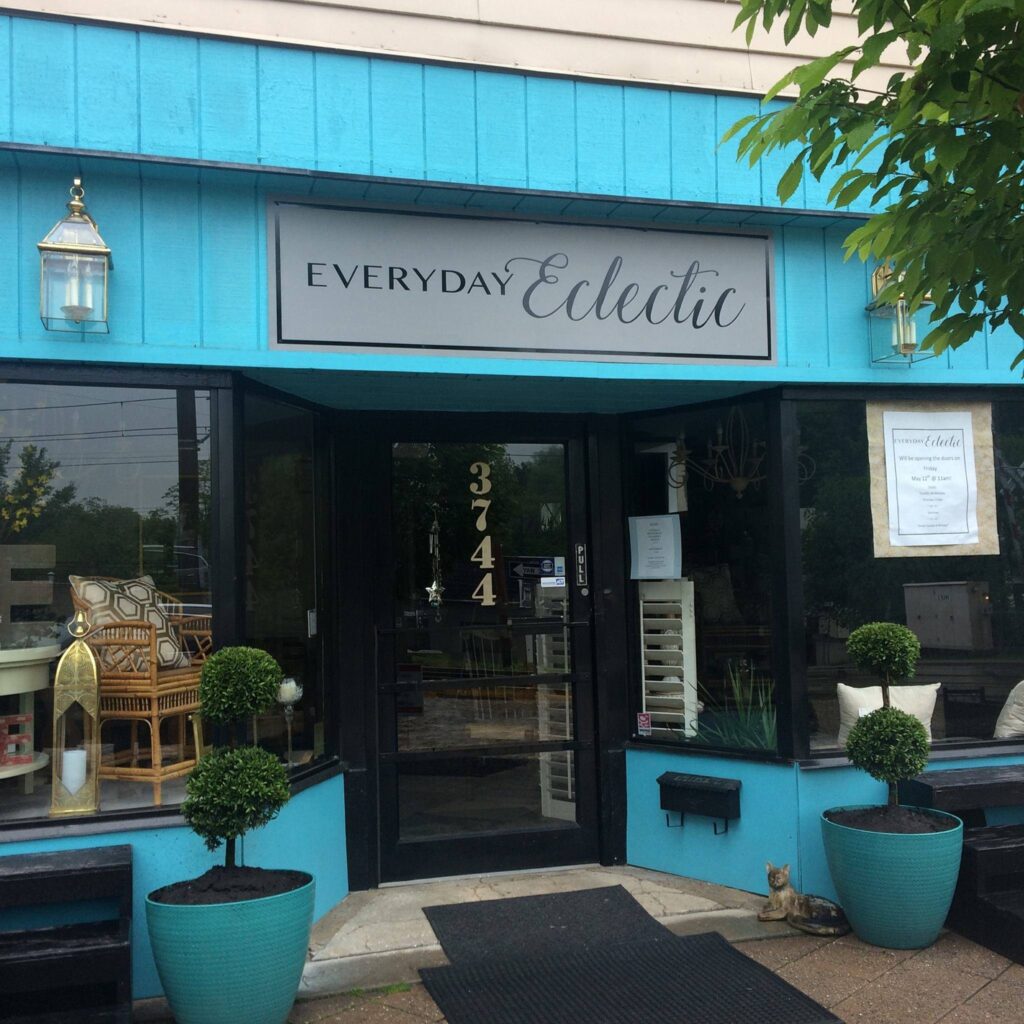 (Pittsburgh, Pa)– On the corner of a tucked-away street sits a charming, vibrant store called Everyday Eclectic Home and Gifts. Upon entry, you will find one-of-a-kind items and an owner determined to support other small businesses. However, during these unprecedented times, owner Lori Averberg- Johnson, finds herself in uncharted territory. 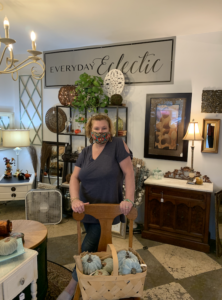 Everyday Eclectic Home and Gifts is located in Castle Shannon, Pennsylvania. It came to fruition after Averberg-Johnson suffered a harrowing back injury from work. After working in the management for a supermarket, the injury left Averberg-Johnson at a crossroads after doctors told her she would never be able to stand for eight hours straight again.

Unsure of what to do next, encouragement from her husband, and after coming to terms with her situation, Averberg-Johnson finally decided to go all in and start a small business.

“The easiest way for me to describe [Everyday Eclectic] is, I’m into recycling so I don’t want some of these pieces to go to the landfill. It’s all about home, gifts, and feeling good. You can come here and furnish your home with little, with big [pieces], and you can buy gifts from local makers and from across the country. It truly is an eclectic mix for your home and for your life,” Averberg-Johnson said.

While the store sells pieces that range from modern to vintage, Everyday Eclectic  is also known for showcasing products from local or family owned-businesses and offering pop-up shops for other small businesses.

After eight years of business, it was a hard wake-up call in March of 2020, when every non-essential store was mandated to shut down in Pittsburgh, Pennsylvania. Averberg- Johnson soon had to utilize social media in a way she never anticipated.

“If it wasn’t for social media, I probably would have had to close my doors during the pandemic. I had to become intentional with social media. I had to look at social media as the way that I got paid whereas before (the pandemic) I looked at it as an outlet for me to express myself.”
.
With almost 3,000 likes on Facebook, Averberg-Johnson and her partner, Jennifer Shelt, now host Facebook Live events every two weeks. For an hour or so, anyone can tune in as Averberg-Johnson and Shelt showcase and sell items in the store. 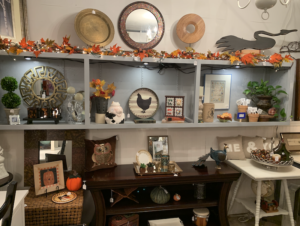 Shelt has been a partner with Averberg-Johnson for the last three years. After retiring from the U.S. government, Shelt wanted to open a shop of her own. Already having an antique booth in a mall, Shelt decided she wanted to apprentice; leading her to reach out to Averberg-Johnson.

“I feel like I’ve gotten my master’s degree in sales and retail,” Shelt said.

While Shelt is learning new skills every day, helping Averberg-Johnson run a small business is just another perk in working with her.

“No one is getting rich here, but we’re having fun and we’re doing something that we believe in… I understand everyone’s funds are limited but spending it in a small shop and supporting someone local means so much more than giving it to Amazon,” Shelt said.

Over the years, Averberg-Johnson has cultivated a loyal customer base. She believes that it is her honesty and authenticity that has kept customers coming back.

“I’ve always aspired, no matter what I had in life, to be authentic and it’s been a heck of a journey. I’m just very honest and I don’t survive this (pandemic) if people don’t share the love. It’s kept me in business,” Averberg-Johnson said.

But, even with support from loyal customers and a stronger social media presence, Averberg-Johnson is still only making half the revenue she was compared to this time last year.

“​​My new mission is literally to educate people. I’ve always been an advocate for small businesses but I’m on a new mission to make people understand that,” Averberg-Johnson said.

With a new mindset intact, Averberg-Johnson is hopeful that this holiday season, business will start to pick back up again.