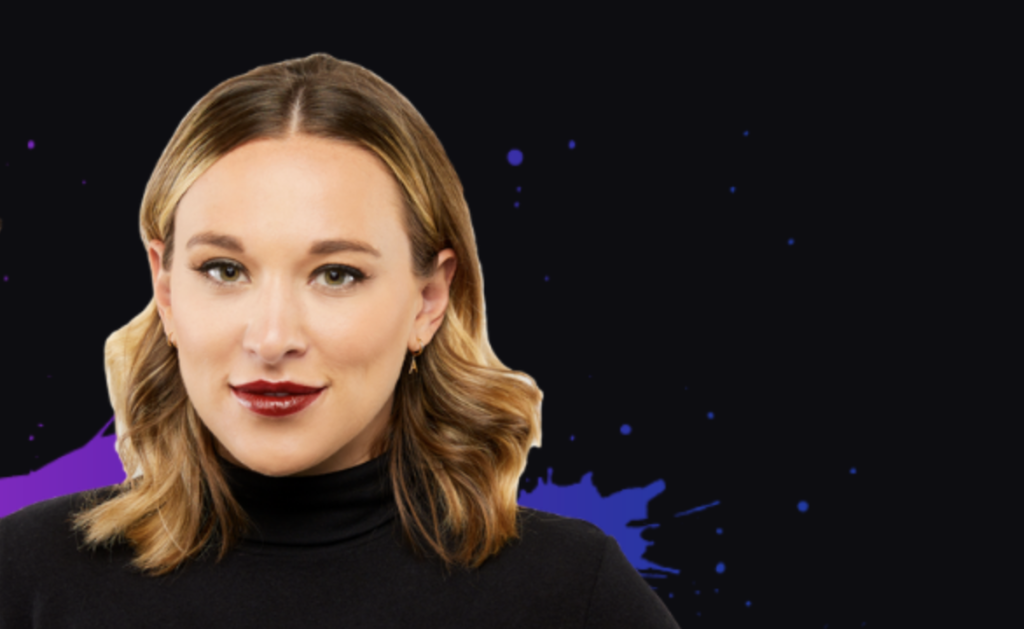 How Crime Junkie’s Ashley Flowers is Becoming a Budding Journalist

Mondays are a ritualistic part of my week.

I’m a podcast junkie. More specifically, true crime podcasts. One of my favorites is Crime Junkie, a weekly true crime podcast produced and hosted by Ashley Flowers, with frequent commentary by her lifelong partner-in-crime Brit Prawat. The show consistently ranks #1 on the Apple Podcasts charts, not only under the True Crime section but under All Categories as well.

Since Flowers launched the podcast three years ago, she has amassed 500 million downloads. Week after week, she transports me into a different case — old, new, cold or currently under investigation — and does it with ease. 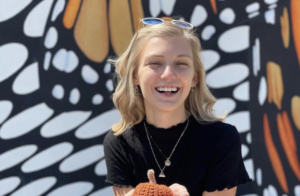 To date, Flowers has reported on cases ranging from the “Golden State Killer,” who terrorized Californians in the 1970s-80s and who was only recently sentenced for 13 murders and rape-related charges, to the now-infamous murder of Gabby Petito, who was initially reported missing Sept. 11 after her fiance Brian Laundrie returned home to Florida — after a cross-country road trip — without her. Petito was later found dead along the border of Grand Teton National Park in Wyoming.

Flowers, with her cool hand and crisp voice, is a natural podcaster. The 31-year-old says she has been obsessed with true crime since she was a little kid. Flowers grew up with aspirations of becoming a detective, but ultimately went to college to study biomedical research. After, she moved to software sales and was working at a local company in Indiana when she was drawn to the idea of a true crime podcast.

The question I want to explore, though, is this: Should Flowers be considered a journalist?

According to Journalists Bill Kovach and Tom Rosenstiel in their book The Elements of Journalism describe journalism as “storytelling with a purpose.” Following this standard, I think there’s a strong argument to be had that Flowers does, in fact, qualify as a journalist.

The podcast has told the stories of more than 40 missing people, the majority of whom I have never heard of. The stories include Washington teen Misty Copsey (1992), college student Rachel Cooke (2002) and California teen Alicia Navarro (2019). Flowers also suggested listeners be on the lookout for recently-caught fugitive Yaser Said, who was on the run for over a decade after murdering his two daughters in 2008.

A prime example of the podcast spotlighting injustices would be Crime Junkie’s episode on the mysterious death of Michelle O’Connell, which aired Oct. 26, 2020. In this episode, Flowers tells the story of the 24-year-old mother’s death in September 2010 and brings her audience’s attention to O’Connell’s then-ex-boyfriend, St. Johns County Deputy Jeremy Banks, and how it was his service weapon that killed her.

The podcast has revealed many pieces of information — such as the first responding officers to the scene were Banks’s coworkers, that his initial police interview was conducted in the back of a squad car and that he didn’t stop and render aid to O’Connell when he found her. Subsequently, the young mother’s death was ruled a suicide and Banks was never arrested in the case.

Flowers is the true embodiment of storytelling with a purpose. And although she’s based in Indiana, where only traditional media outlets or wire services are protected by shield laws, I would argue she is both a journalist and a damn-good storyteller.

This doesn’t mean it has always been smooth sailing. In 2019, Flowers was accused of using material in her podcast from multiple sources without credit. In a statement to Variety, she stated:

“We recently made the decision to pull down several episodes from our main feed when their source material could no longer be found or properly cited. Since then, we’ve worked to put additional controls in place to address any gaps moving forward.”

For some, this could disqualify Flowers from fitting the bill as a journalist. But in my opinion, though, I think her response actually buttresses that claim. As a software saleswoman turned podcaster, my guess is that Flowers wasn’t exactly privy to the serious nature of retelling stories verbatim. Anyone can make a mistake. It’s how you deal with it that shows your true mettle. By owning up to her mistake, Flowers did what any responsible journalist would do.

And that’s good enough for me.