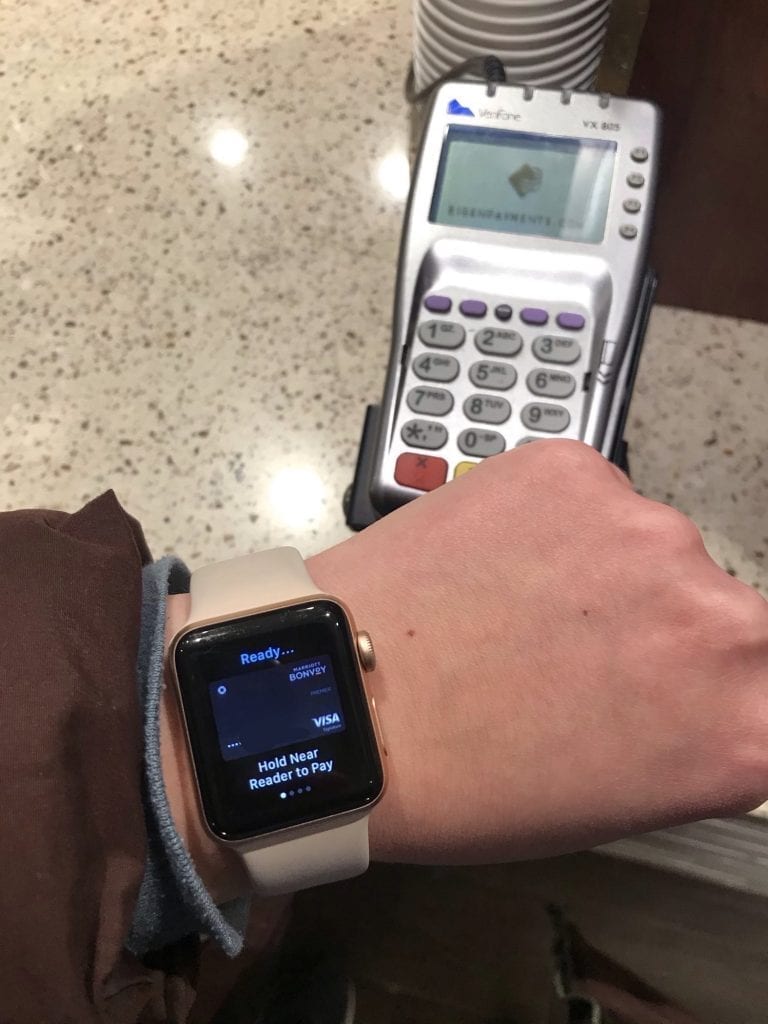 How I Survived a Week in NYC Without a Wallet

NEW YORK — My nightmare business trip started when I got to the front of the TSA precheck line at the Dane County Regional Airport and I realized that I didn’t have my wallet.

Spending the week traveling throughout New York City without a wallet seemed like an unwelcome challenge as I stood in the TSA line after a long Monday, heading into an even longer week.

But what choice did I have?

I was pretty confident that I left my wallet in my boyfriend’s apartment, and he was already out of town for the week.

Should I see if I can get on the plane without an ID? Or go back home for my passport? I asked myself as I stood to the side of the line, contemplating my limited options as weary business travelers passed me by.

I wasn’t concerned with getting through the Madison airport without my ID, but LaGuardia isn’t nearly as Midwest nice. Nor forgiving. And getting stuck in LGA sounds a lot like my personal hell.
I decided my only choice was to rush home to get my passport.

After scrounging through my car for a single dollar bill to pay my way out of the airport garage I was parked in for 12 minutes, I made it home to realize my passport was with me all along.

It was fortunate that I drove home, however. Realizing I wouldn’t have a credit card to get out of the parking garage later that week when I returned, I Ubered back to the airport for a second attempt at TSA.

Finally through the gate, I started planning out my wallet-free week.

As my stomach started rumbling, I realized that I needed to be able to make it through the entire week without any cash or physical credit cards — feeding myself, securing transportation, and renting a hotel room along the way. 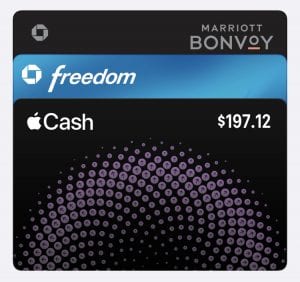 Screenshot of my Wallet

Anyone who has spent time with me has likely witnessed me double-click my Apple Watch to tap and pay with the hardware on my wrist. The difference now was that this gadget was my only method of payment for the week.

My nice-to-have, technologically advanced convenience had just turned into my means of survival with the double-tap of a button.
Airport Cheez-Its in hand, I boarded my flight to LGA with feelings of excitement and apprehension.

The Lyft from the airport to the hotel was a breeze. But that’s the benefit of an app-based rideshare over a taxi, right? You don’t have to fumble with a wallet — your payment method is stored and transmits automatically.

The Westin, on the other hand, was far less accommodating.

Despite using mobile check-in on the Bonvoy app, having my Marriott credit card on file on my account, and staying at this exact same hotel week after week, the front desk staff simply would not let me check in without a physical credit card. I even reached out to my Marriott personal ambassador and she wasn’t able to help. Perhaps Marriott should reconsider its check-in requirements.

Thank goodness for a coworker who let me swipe her credit card so I had a bed to sleep in that night.

If you’re going to be stuck in a city without your wallet, NYC is the place to be.

Feeding myself the next day was not much of a challenge since you can order about anything through UberEats or GrubHub — both of which are linked to either Apple Pay or my Venmo account. 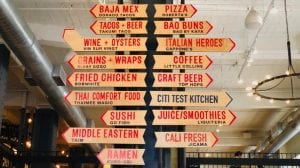 (Photo from the Urbanspace homepage)

A few steps down from my office on Lexington Avenue, Urbanspace accepts Apple Pay at all of its vendor booths and actually gives a 20% discount on Wednesdays if you use it to buy your meal. 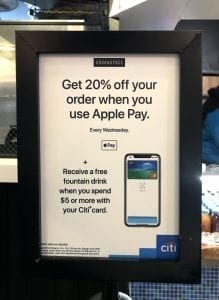 Ramek Crump, who works at Dough Donuts in Urbanspace, says Apple Pay usage has grown significantly since the discount came into effect in the last couple of months. He counted 108 Apple Pay transactions at his donut shop over that day’s morning shift alone.

By Tuesday afternoon, I was so accustomed to how effortlessly I could get by using Apple Pay that I got a bit overconfident. I walked into a Sticky’s Finger Joint and ordered a full meal before realizing that I couldn’t actually pay for it without a physical credit card. I’m sorry about that, Sticky’s on Lexington.

On the shameful walk back to my hotel, I ordered the same meal on UberEats and it arrived 20 minutes later. 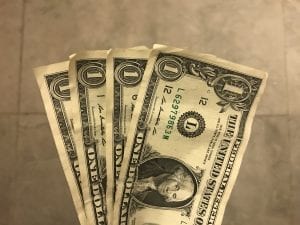 The rest of the week continued on without much interruption.

On Wednesday, I found $4 in my backpack and I imagine it felt about the same as if a child looked under their pillow to find the Tooth Fairy had left them $20 instead of a quarter.

Perhaps the impact was exaggerated because it bought me an afternoon caffeine fix.

Seeing how accommodating NYC is to the plastic-free and the cashless, I wondered if other people were actively ditching their wallets for all electronic payments. In speaking with NYC traveler Kevin Huang, his “only use for Apple Pay is to reload the Chick-fil-A app.”

Perhaps we’re not there just yet.

On Thursday evening, I met my dad in the city for dinner. What was supposed to be a treat for him turned into him pulling out his credit card when the check came.

Good thing you can make Apple Payments through the Messages app.

The return to Wisconsin was painless, using CLEAR to breeze through TSA with two fingerprints alone and existing off of free Delta Sky Club snacks and drinks.

I continued riding the wave of confidence from my successful week right into the weekend.

That is, until I realized my wallet was actually lost and I’d have to do this all again the next week while I waited for my replacement credit cards.