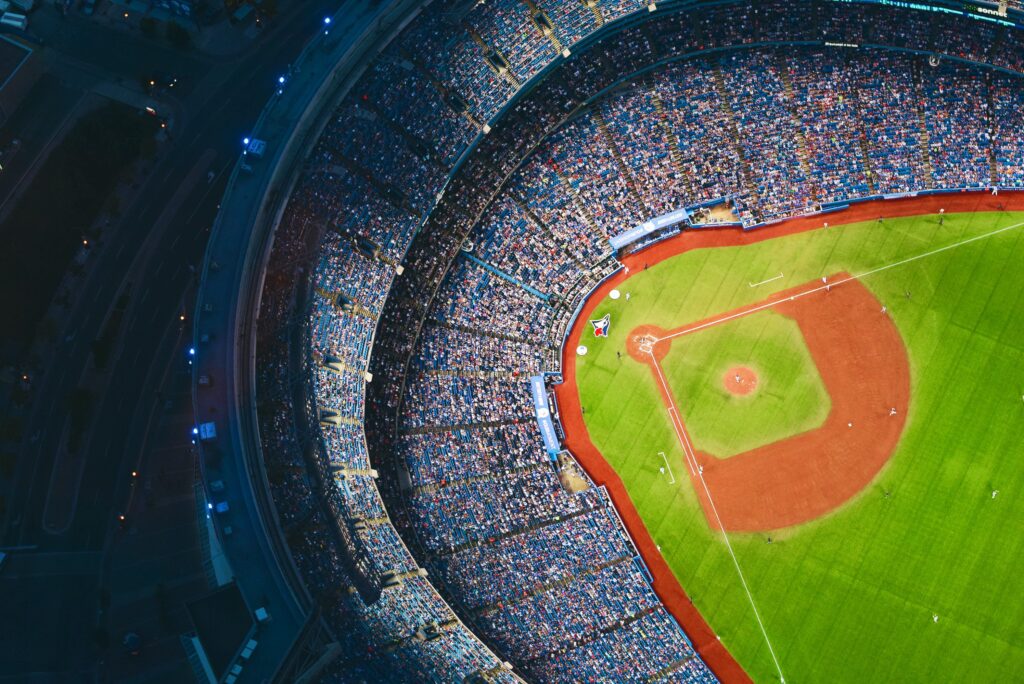 Photo by Tim Gouw on Pexels

Black and Latino representation in Major League Baseball has become more prominent in more recent years. Research shows that foreign-born players make up about one-third of the entire organization. Latinos make up 31.9% of MLB players while 7.7% are Black. But that wasn’t always the case.

Tyler Kepner, a reporter from The New York Times, wrote an article about the Pittsburgh Pirates 1971 roster. It was the first time in history that an MLB team from either the National or American League fielded a lineup entirely composed of people of color.

The piece traces Puerto Rican Hall of Famer Roberto Clemente’s journey through Major League Baseball. Kepner chooses key elements in Clemente’s career to illustrate the wave of racial representation in the sport. In 1960, Clemente won his first championship with the Pittsburgh Pirates. The roster was primarily white, with only two people of color on the team. For his second championship win with the Pirates, players of color took the field.

The 1971 team lineup included five Black Americans, two Panamanians,  one Cuban, and Clemente who was Puerto Rican. It was the beginning of MLB opening its doors to future international players.

Kepner’s piece shines as a valuable piece of journalism. This is a story that is important to know about because it shares the significance of having a diverse team. Not only had this never been seen before, but the diversity out on the field for that game made the team shine and ultimately win. Fellow MLB player Larry Bowa shared that the lineup was strong. To Bowa, he saw pure talent out on the field for that game. So not only were the Pittsburgh Pirates fielding a lineup composed solely of people of color, but they were diverse and strong during game time. The Pittsburgh Pirates made team lineup decisions that were completely out of the ordinary in 1971. People of color were on lineups for other teams, but the numbers were slim. It was not common, yet the choices the Pirates made led fellow teams and fans to understand what could come of the future of Major League Baseball. As a journalist, Kepner shared the history surrounding this sort of representation and gave key elements that helped share how valuable the information could be to MLB fans and readers of the article.

Upon reading the article, I was impressed with Kepner’s way of forming the piece. As this was a piece discussing the history behind racial representation and the impact that one professional team made when fielding a lineup with people of color, the reporter wasn’t advocating for one side or what would have happened if the team had maintained a white lineup. Instead, Kepner approached the story with facts. He shared numbers regarding batting averages, like how the first six batters were all batting over .300, which is considered to be very good. Kepner also touched base on game highlights and quotes to share the emotion behind what it meant to be part of that history-making team.

While Kepner’s article is more recent and ultimately shares the historical lineup from 1971, it still has the power to promote change. It is important to realize that the article helps become sort of an eye-opener, reminding readers of what went down before the Pittsburgh Pirates took the field at that 1971 World Series game. It was an eye-opening experience, changing the way every MLB organization set up its own team rosters. Even today, we’re seeing the numbers of diversity in MLB players. Latinos have replaced African American players as the second most dominant race/ethnicity in the MLB.

I applaud Kepner for his framework on this story,  and I would have taken the same approach when writing this piece. His piece was filled with valuable snapshots from the past, and it helps readers to pick up key parts that help shape and understand the current state of the MLB. Rather than just sharing the facts, Kepner found an interesting way to guide readers through the story by discussing Clemente’s journey and what it meant for the future of racial representation in Major League Baseball.