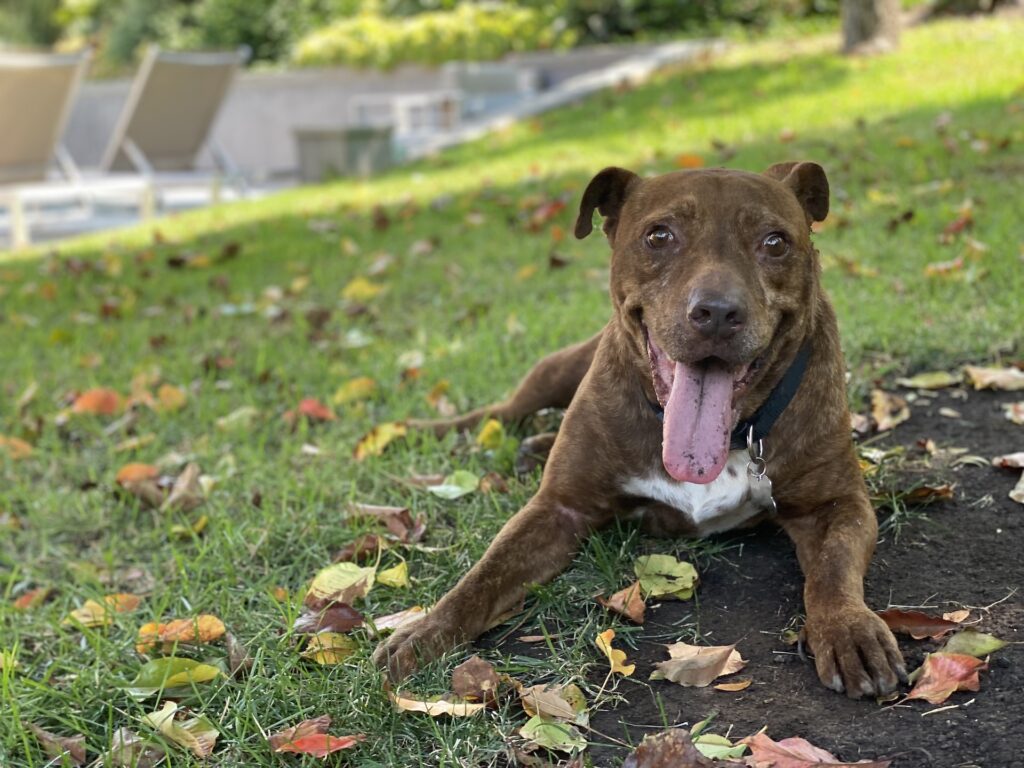 (LOS ANGELES) — With over 500,000 views, Logan has won the hearts of every person who’s seen his videos across the platforms. Logan is a pit bull who was rescued from dogfighting in Mexico and brought to Los Angeles in August to find a home. Though he’s endured a lot his first eight years of life, he has left a mark on everyone who has watched the videos of him hugging every person he meets.

The Dodo made a video about Logan 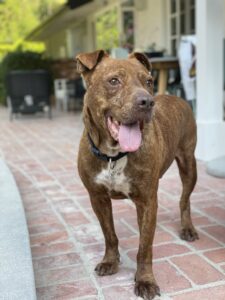 In Mexico, Logan was a “bait dog” used to make other dogs more aggressive for fighting. A member of the Animal Rescue Mission found Logan and brought him to the organization’s Tijuana shelter around February. Once at the shelter, he became the “greeter” to all new dogs there, comforting them and even letting the puppies sleep on him.

The Animal Rescue Mission rescues, rehabilitates, and rehomes animals mostly from Mexico and Los Angeles. It recently opened a shelter in Tijuana to house rescues temporarily before finding them a more suitable home.

When Logan came to the shelter, he was covered in bruises and was incredibly weak, according to Shira Scott Astrof, founder and president of the Animal Rescue Mission. As Logan was healing, they discovered he had TVT cancer [transmissible venereal tumor]. This meant that he had to stay in the Mexico shelter until he completed his chemotherapy. 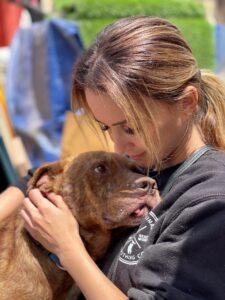 Although he was going through chemotherapy, Astrof said he was getting stronger and happier because he was being fed regularly and receiving love for the very first time, according to Astrof. “As of August, Logan’s wounds had healed, and he was cancer-free. He is thriving, and he is the sweetest boy,” she said.”He gained 20 pounds, is 100% healthy and is now staying with a foster family in Burbank, California.”

“He is so sweet, he can’t contain his love. He does this thing where he just has to hug everyone he meets,” Astrof said. “People often have a misconception that pit bulls are aggressive, but Logan is the perfect example that that’s not necessarily true at all.”

If anyone is interested in adopting Logan, you can contact the Animal Rescue Mission directly through their website. According to Astrof, he is good with everyone, from children to other dogs, and is ready to find a permanent home.