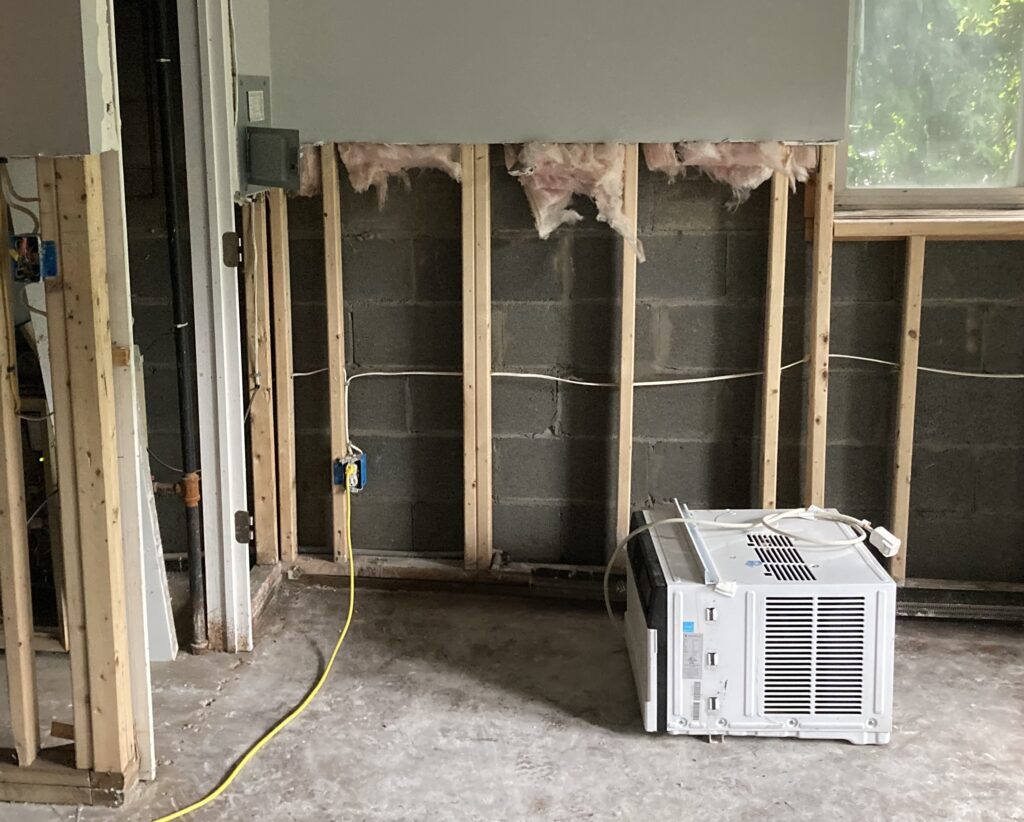 Westchester, NY – Isabel Brewster, Tuckahoe resident, has been dealing with the aftermath of Hurricane Ida for months. During the September storm, Brewster lost both her washing machine and dryer, refrigerator, cabinets, carpet, hardwood flooring, even causing her to have to rip out a foot of sheetrock so that her walls could properly dry. Months ago, she started filling out a  FEMA application and filing insurance claims. She eventually received $5,000 in aid from the agency. Now, in December, she is still trying to finish up repairs.

Hurricane Ida caused  flooding  across the east coast of the United States, including in the Westchester County towns of  Tuckahoe, Bronxville, and Mamaroneck. All of these towns experienced road closures from the rising waters and local school districts had to postpone the first day of school. The hurricane  “dumped 3 inches of rain an hour on parts of New York City,” according to the official FEMA website.  The Commercial Observer reported that the hurricane “ caused somewhere between $16 billion and $24 billion in property damage in the northeast,” and New York faced about 19 percent of the total destruction.

New Yorkers specifically received  $279.9 million in federal assistance after the storm  according to the FEMA website.  At least five Westchester residents died due to the floods, said Westchester County Executive George Latimer, according to The Intelligencer.. The Eastchester Review reported that “excess of 1,200 residents have suffered damage.”

Brewster was one of those residents.

“Repairs are almost done, we are still waiting on carpet for stairs and a new washer and refrigerator to come next week,” said Brewster in late November.

Brewster does not have flood insurance, so she was only compensated for the damage through homeowners insurance. She received  $10,000,   $2,000 of which had to go to a professional cleaning company that disinfected everything in her basement. Luckily, all of her most important items were saved. “Anything of real importance is not kept in the basement. We have everything in bins or stored up high,” Brewster said.

Brewster says the entire ordeal has made her more cautious about where she lives in the future and what she keeps in the basement.

Jodi Garofola of Mamaroneck was not as lucky. She lost her two cars, a motorcycle, and everything in her home had about 5ft of water. Living in an above ground basement apartment she said “the water just kept rushing in.” .

The worst part for Garofola is that she did not have renters insurance for her apartment, only her cars and motorcycle “  My landlord always said he had full coverage and there wouldn’t be any issues if anything like this were to happen. To my surprise the next day after the flood he informed me he didn’t have flood insurance,” she said The hurricane took Garofola by surprise.

“The night of the hurricane I wasn’t thinking much about it. I know Mamaroneck usually has flooding issues, but my house was never affected until now.”  She said “ The night of the hurricane I had fallen asleep watching tv after work and was woken up by my neighbor upstairs banging on my door to move my car that was about to flood… At the time of it first starting I thought I was just going to get some water only a few inches on the ground, but being I lived in an above ground basement the water just kept rushing in.”

When she was able to make it to her car she couldn’t drive away.

“Mamaroneck had sent lifeboats out and I had to call 911 to get picked up. They didn’t come for me until two phone calls and three hours later. At this point I had to wait sitting on top of my car until they made their way to where I was.”

She was picked up around three in the morning and was taken to the high school where the Red Cross had set up a shelter.

Garafola filed a claim with FEMA a few days after the flood, and just a few weeks after that they sent an inspector to the apartment, and issued the payment for $3,200. The check they issued her was for $3,200.

“Of course anything at that moment helps and I’m very appreciative, but to lose  as much as I did, $3200 didn’t cover many expenses. I currently have an appeal pending for more money.”

As bad as it was for her, she was lucky, said Garafola. She had been in the process of purchasing a new home before the storm and was able to move into the new space quickly.

Vera Mattiaccio of Bronxville, New York  also saw extensive damage to her home, with flooding in her yard and several inches of water invading her basement. She doesn’t have flood insurance and FEMA would not cover any damage because it mostly impacted her shed. (FEMA does not cover damage outside the physical home.)

“ There was about 5ft of water in our yard and it took a few days for it to go down,” said Mattiaccio.

According to the FEMA website, New York State is still an  active disaster area number 4615. The agency did not respond to a request for comment