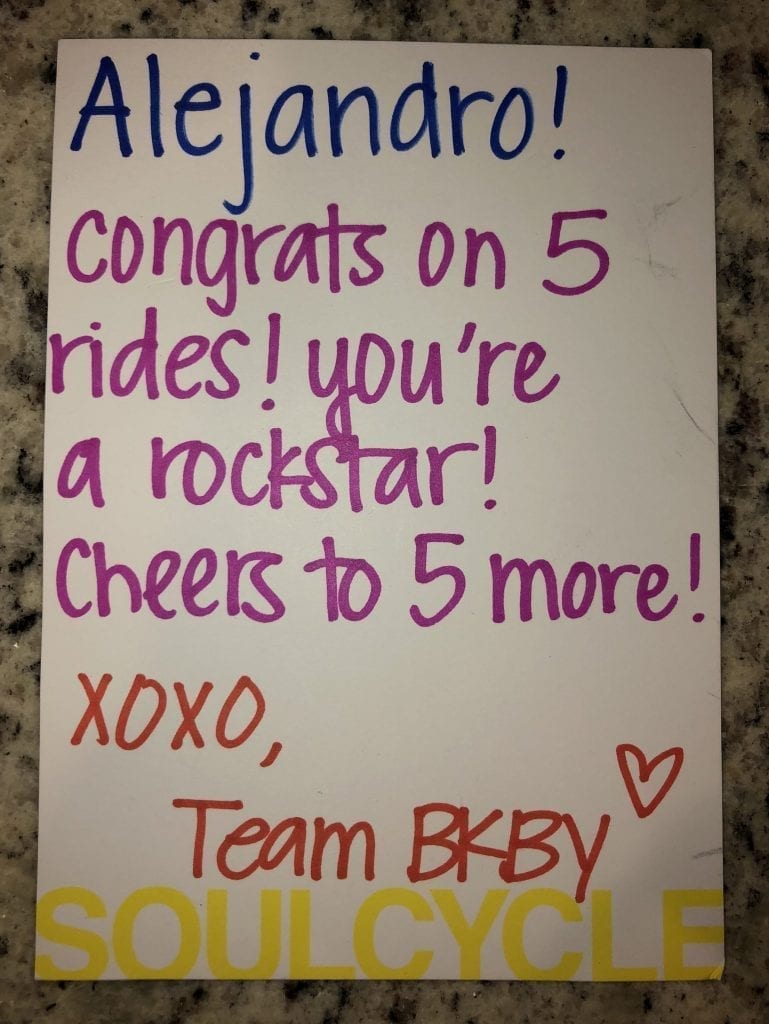 I Tried SoulCycle For a Week, and I Didn’t Hate It

BOSTON — It’s a rainy and cold Monday evening in Boston, perfect to be at home watching Netflix and enjoying a warm tea, but instead I find myself in a spotless, white locker room surrounded by a group of around 15 young women and three guys. Everyone is thin or in great shape. The women are wearing fashionable Lululemon workout outfits with Louis Vuitton bags, Canada Goose or Moncler jackets. Everyone has a Fiji water bottle. I’m wearing a Boston University t-shirt and some gym shorts feeling like I don’t fit in.  And that’s when I realize that SoulCycle is not just an indoor cycling class, it’s a lifestyle.

I’ve been living in Boston for four years now, and I’ve always heard my friends talk about SoulCycle. A lot of celebrities do it, including the Kardashians. Some of my friends here in Boston say they have seen supermodel Gisele Bundchen in their SoulCycle class in Boston. But I was against it, thinking it was a waste of money, considering each class is $30. Finally, I gave in and decided to try it.

When I walked in for the first time, the women in the front desk greeted me and gave me a warm welcome. They seemed so excited I was joining the SoulCycle group. Then, one of the employees helped me set up my bike. There I was, inside a warm indoor cycling studio, clipping my cycling shoes into Bike #37 while Rihanna played in the background. 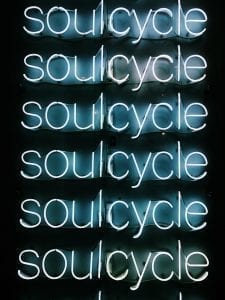 The instructor hopped on her bike, which was on a platform in the front of the room, and the class began. Since I was in the back row, I could see everything. Everyone was doing the same moves at the same time following the rhythm of the music. They looked like robots.

I felt the SoulCycle instructor was not just a cycling expert, but a spiritual guide. She kept giving us motivational quotes during the class.

“Feel the love inside this room, and leave all of the negative energy outside,” she said.

I kept going, turning the knob each time more to the right, until my bike was so heavy I could barely push the pedals. That’s when the time to grab the weights came. Yes, in addition to cycling, the class combines pushups and weight lifting while on the bike. After that, the class ended. I was very sweaty and I actually felt the workout on my legs.

I decided to keep going for a week. But before the next class, I decided to up my style game buying a cool, SoulCycle tank top.  I went every day that week, and on day five I found a surprise on my bike.

“Alejandro! Congrats on 5 rides! You’re a rock star! Cheers to 5 more! XoXo, Team BKBY,” read a card that was left on my bike.

I liked the little personal detail to motivate me to keep going to the classes. But I also realized it’s all about the money. I started to feel that SoulCycle was like one of those religious groups that take advantage of its members, and the instructor was the leader of the cult. People wear SoulCyle and Lululemon clothes like it’s the uniform of the cult and they give you motivational cards so you keep going.

Although going to SoulCycle is more like a socialite outing or a debutante ball, rather than a workout, it made me feel invigorated. I was able to release stress and sweat during those 45 minutes. It became part of my daily routine. Maybe it’s not the best workout, but at least it is a fun one, with all the music and the colorful lights in the studio. It is the perfect workout for bougie people! Is SoulCycle worth the money? Probably not. Will I keep going? Probably yes.