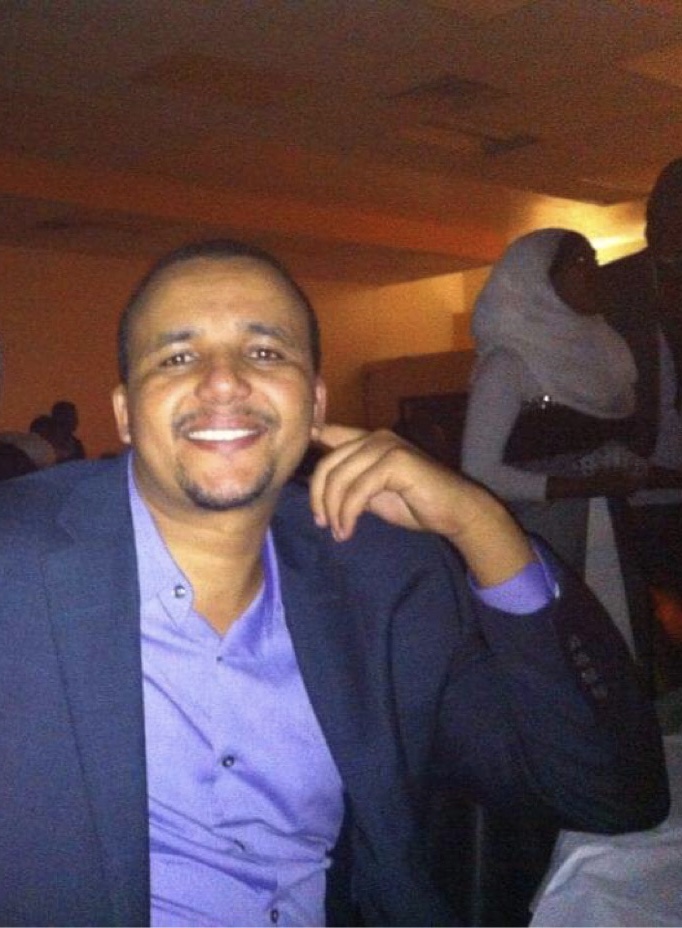 Jawar Mohammed before giving a speech at an October 2013 event organized by the Oromo Community in Ohio. [Credit: Tigist Geme]

(SECAUCUS, NJ) – An imprisoned politician on hunger strike is in mortal danger, his lawyer Tuli Bayissa told The Click.

Jawar Mohammed and 19 other prisoners have been refusing food since Jan. 27, protesting their mistreatment. Mohammed last year renounced his U.S. citizenship to run for office in Ethiopia.

“[His] family fears the worst as [each] day passes,” Bayissa said in a phone interview from the capital, Addis Ababa. “Supporters gather in front of the prison compound. It looks like a funeral home here.”

Four of the hunger strikers have already collapsed and were admitted to hospital, Bayissa added.

Mohammed, 34, worked as a community organizer and media manager in Minnesota until 2018. His Oromo community is the second-largest East African population in the state, according to the Minnesota Historical Society. The Oromos constitute 35% of the 110 million population in Ethiopia. Despite being the majority, they have historical grievances over political and economic power in the country.

The Stanford and Columbia University graduate was the leader of the popular “Oromo Protests” movement which was first sparked in 2014, after the Ethiopian government announced decisions to expand its capital, Addis Ababa in into the Oromia region. Protesters were vocal about the lack of good governance in the country and demanded the release of thousands of political prisoners, journalists, and activists. Mohammed was leading the protests from the U.S; strategizing, providing media coverage, and amplifying the voice of those protesting on the ground. He built a huge fellowship on social media by providing live updates of the protests in Ethiopia.

The protests served as an engine for change, forcing the former Ethiopian prime minister’s resignation and ushering in a period of transition in early 2018.

Mohammed was invited back to Ethiopia by the government and accorded a hero’s welcome, with thousands of supporters marching through Addis Ababa to see their idol’s homecoming.

He traversed the country, urging his supporters to give new Prime Minister Abiy Ahmed a chance. But Mohammed soon became a fierce critic of Ahmed as relations soured over the handling of political reforms.

Mohammed gave up his U.S. citizenship in Dec.2019, and joined the opposition Oromo Federalist Congress vowing to challenge Ahmed in August 2020 elections. Tensions escalated when authorities postponed the poll citing the COVID-19 pandemic.

Ahmed’s government arrested Mohammed last July. He is now held in a maximum-security prison, facing multiple criminal charges. Mohammed denies the charges and insists his arrest is politically motivated to prevent him from participating in the election slated for June.

Mohammed’s supporters worry he may now starve to death. Bayissa, says his clients are not backing down.

“They are determined to continue until the government responds to their demands,” he said in response to questions from The Click. They are demanding the release of more than 5,000 Oromo political prisoners.

Hunger strikes, first introduced by imprisoned British suffragettes in the 1900s, according to The Guardian, have been used as a non-violent form of political protest for many years.