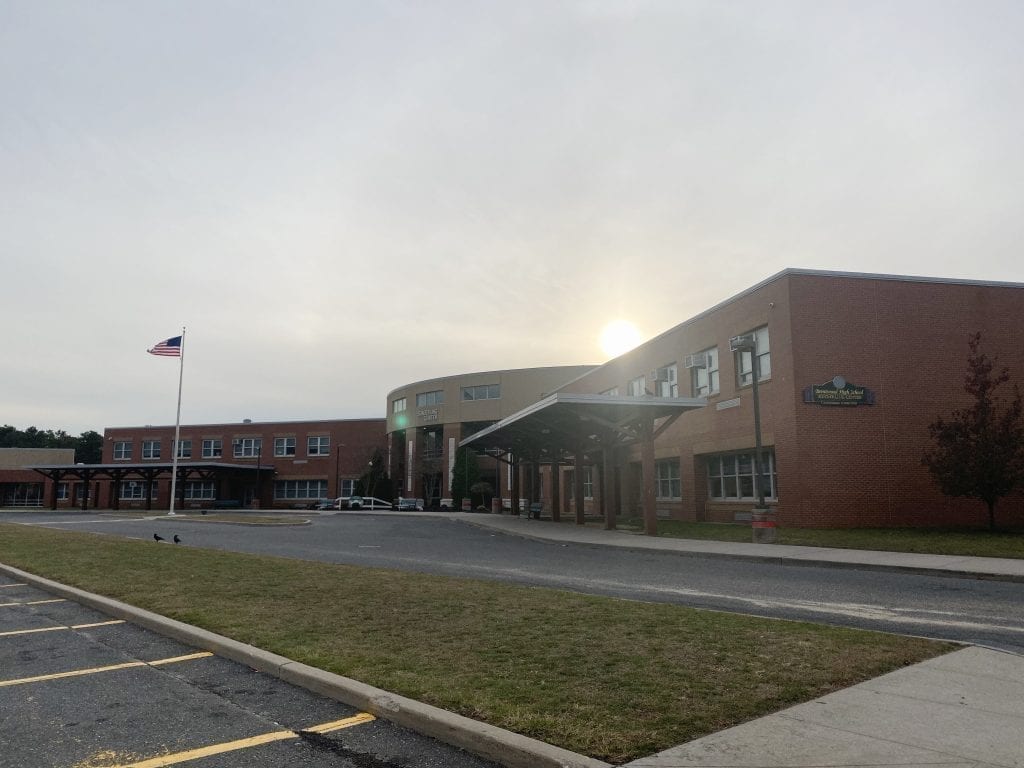 Tired of Being Used: Brentwood Residents Defend their Town’s Reputation

Brentwood, New York. The quiet hamlet located on Long Island, New York, is home to over 60,000, with a population that is predominantly Hispanic. Many who live there appear to love it. The developments, with their well-manicured lawns, are often scattered with children riding their bikes alone. And through the windows of mom-and-pop shops, patrons are smiling. They’re visiting their local barber shops, eating at the bakery, and enjoying their day in the place they call home.

It’s a neighborhood where high school students perform above average in the state, the crime rate is on a steady decline, and the violent crime rate dwindles. But does this community live in the shadow of the deaths of two girls? Are Brentwood’s residents unable to shake a bad reputation? Is the reputation unearned?

In 2016, two Brentwood High School students, Nisa Mickens, 15, and Kayla Cuevas, 16, consumed headlines after the girls’ bodies were found on the streets of Brentwood. Later, brothers Alexi and Jairo Saenz, members of worldwide criminal organization MS-13, were charged with the killings. They are eligible for the death penalty.

“If I say, “I’m from Brentwood,’ I get a negative connotation. Sometimes I like to play it off and say, ‘Yea, I’m from the hood.’” said Mary Guzman, 37, who graduated from Brentwood High School in 2000. “I don’t think, ‘Oh my goodness. I have to get out of this town.’ I never had that feeling, [that] there was a gang war.”

Guzman sits on her brown, leather couch near a living room window looking out to the busy, suburban street. Her outfit of choice is “weekend clothes” (black leggings and a t-shirt) and the mother of two is comfortable, and proud, to be in her home. The “born-and-raised” Long Islander purchased the same house she grew up in from her mother. She said her surrounding neighbors have been the same for nearly 20 years.

Guzman waits for her sons, ages 7 and 5, to return home from getting haircuts. She’s not worried about her children being out in Brentwood today, or attending school in the neighborhood they live in. Today is also not the first day she’s had her brain picked about concerns within her community. Guzman said she’s had her brain picked her entire life.

“It was upsetting…for [their parents] and us,” Guzman told The Click. “I do believe there’s towns on Long Island that are sanctuary towns and unaccompanied minors, they’re placed into Brentwood, Islip, Riverhead…if you look into that, you’ll find MS-13. [These kids] get tied up in [MS-13] and MS-13 is giving them a sense of family.” 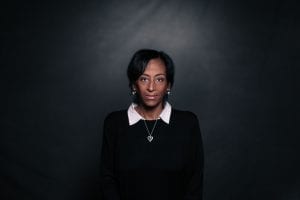 An undated image of Evelyn Rodriguez, mother of Kayla Cuevas, appears on the White House’s website. Rodriguez and Cuevas are both deceased. CREDIT: WhiteHouse.gov

Since 2016, there has been one incident of a violent crime at Brentwood High School: a robbery in 2019, says the Suffolk County Police Department (SCPD). Brentwood is their jurisdiction under the department’s third precinct.

There were 15 property crimes within the school since 2016, all of which were larceny, with none occurring in 2019.

The report does not include data for the Freshman Center, which is another building of Brentwood High School.

In 2018, the Washington Post published the story, “MS-13 is ‘Taking Over the School,’ One Teen Warned Before She Was Killed”—referencing a quote Kayla Cuevas allegedly said to her mother, Evelyn Rodriguez, before the 16-year-old’s life was cut short.

“Faced with an influx of scores of unaccompanied minors and an uptick in gang violence, Brentwood High has been criticized both for doing too little and too much to address the problem,” the Post wrote.

The publication mentioned Kayla’s murder and several ties between killings and disappearances of Brentwood High School students by fault of MS-13.
But although there may have been threats that occurred on campus, the attacks happened blocks away from the school, the article notes.

Guzman agreed: “What’s transpiring is not 100% in the schools, it’s outside.” 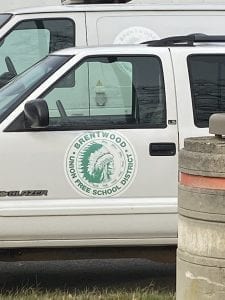 The SCPD has not yet provided The Click with a report on statistics of gang-motivated crimes within Brentwood and Brentwood only, which may have taken place in the last five years, and outside of Brentwood High School.

Since 2017, 177 individuals have been arrested in Suffolk County, many of whom were members of MS-13 or affiliates. This report from the U.S. Immigration and Customs Enforcement (ICE) does not specify how many of those arrests were within Brentwood. One of the arrests did include an MS-13 member in Brentwood who admitted to killing three gang members in El Salvador.

Over the last decade, the rate of violent crimes in Suffolk County hamlets existing in the SCPD’s third precinct have decreased by nearly 52%, with murder rates decreasing by nearly 55%. 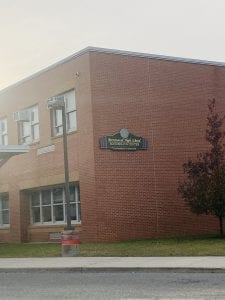 But still, it was Nisa and Kayla’s killings in particular which rocked the community and the surrounding neighborhoods. The news headlines and President Donald Trump’s 2017 visit to Brentwood could’ve arguably fueled concerns about it being a safe place to live, let alone visit.

“It’s a little sketchy there,” said Tara Lopez, a Long Island native who lived 35 minutes away from Brentwood, New York when Nisa and Kayla’s murders occurred. “Brentwood has made the news quite often for violent crimes with gang involvement.” 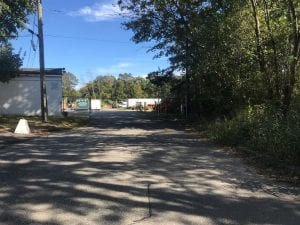 Oriole Street is located down the street from where Nisa Minkens’ body was found in Brentwood, New York, outside Loretta Park Elementary School.  CREDIT: Nicole Pelletiere

But passing through today feels like any day—especially when it’s my fifth day [as the author of the piece] walking around Brentwood, and the seventh time driving on high school grounds.
With 4,789 students in attendance, Brentwood High School is the second largest school in New York, according to the New York State Education Department. Kids are split up into different buildings, and there’s also a learning center for arts and music.

Dudley Salmon, a musician and 2010 graduate of Brentwood High School, still visits Brentwood High to give inspirational talks about art and music to students. Salmon feels that although the killings of the teen girls didn’t happen at the school, it’s given it a negative reputation.

“Imagine the children? The only stories they’re hearing are, ‘our town is violent, our school is violent,’” Salmon said. “Those stories are talked about more than the valedictorian, or who got a full ride to Columbia.”

Salmon said he, alumni and current students wish the high school would be credited with achievements of its students as opposed to being associated with crime and MS-13.

“[The killings] happened three, four years ago and you and I are still talking about it now, rather than talking about how [Brentwood] is the largest school district in New York and we have AP programs, a Grammy for our music, and our soccer team [who] went national,” Salmon said.

After the girls died, Salmon held a benefit concert in their names and gave the proceeds to their families, he said.

In 2015, Salmon shared his music video titled, “B-Wood,” on YouTube. It garnered over 17,000 hits and praise from the Brentwood community.

The song addresses his frustrations on Brentwood constantly being the subject of negative headlines in the media.

Jenine, a mother of two who declined to give her last name, said she would “never” send her children to Brentwood High School. 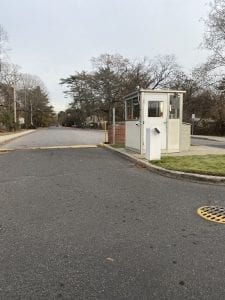 A booth is seen at an entrance of Brentwood High School in Brentwood, New York.
Credit: Nicole Pelletiere

When presented with statistics on Suffolk County’s lower crime rate, Jenine, a Long Island native, said she does not believe those stats.

“I’d be petrified to send my children there,” she told The Click of the high school. “Crime isn’t really down — they’re just prosecuting less, so it looks like crime is down. It’s election year, and Cuomo recently passed a law [where] felons can vote. So, the state is prosecuting a lot less. That’s what I think it is, personally.”

Kayla’s mother, Evelyn Rodriguez, who was killed two years after the teen in an incident unrelated to MS-13, filed a $110 million federal lawsuit against Brentwood Union Free School District, claiming administrators failed to protect her daughter. 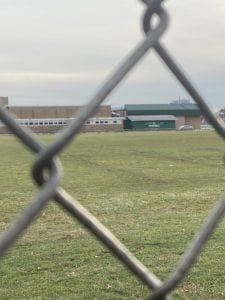 The outside of the Brentwood High School football field is photographed in Brentwood, New York.
CREDIT: Nicole Pelletiere

After Kayla’s death, Rodriguez was often in the media as an advocate for victims of gang-related violence.

Rodriguez’s claim said that while Kayla was a student at the Freshman Center, and later, at Ross High School in Brentwood, she was bullied by members of MS-13, which eventually led to her murder—occurring off of school property.

The superintendent’s office at Brentwood Union Free School District declined to comment on concerns regarding violence, or the security measures that are currently implemented at Brentwood High School.

As for a resolution on Nisa and Kayla’s cases, the U.S. Attorney’s Office confirmed to The Click that the Saenz brothers were charged in the girls’ deaths, as well as several others on Long Island.

When approaching Brentwood residents about its reputation, many people declined to comment on their views of the neighborhood or the high school. 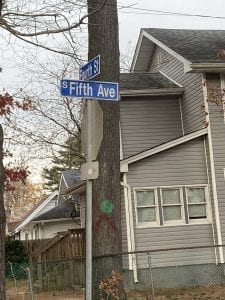 “The really hard part is, for me, I’m a professional and I work on Long Island,” he added. “When I say, ‘Oh, I’m from Brentwood,’ immediately in their head starts spinning and they start making associations.”

Salmon, who has moved out of Brentwood, said he feels an update to Brentwood could change the vibe and its reputation for the better.

Salmon’s mission is to “change the narrative” in his hometown.

He hopes the association with predatory crime organizations eventually becomes a thing of the past.

As for Guzman, she plans on leaving Brentwood behind—and not because of MS-13 headlines.

“I’m not 100% pleased with the schooling systems,” she explained. “The teachers are awesome, but the schools are overcrowded.

Could the passing of time secure Brentwood a good name in the minds of skeptics?

Either way, Guzman isn’t losing sleep over it. “I never look down the street and think, ‘Is he in MS, or is she?’ I’m very comfortable where I live, so I’ll never feel unsafe.”