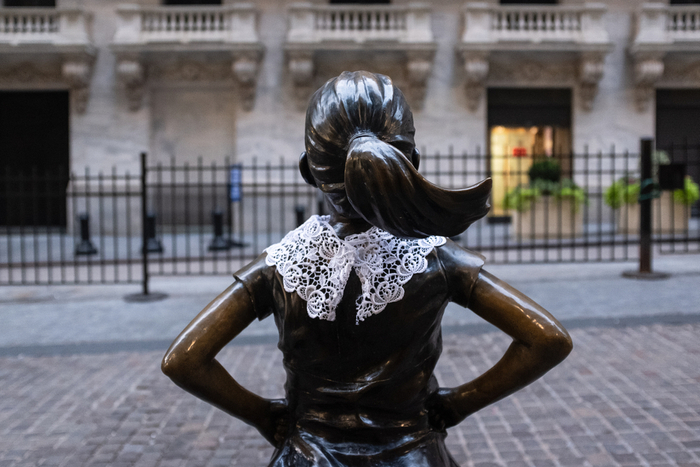 In Her Final Book, RBG’s Words Live On

(DENVER) —2020 has already taken the United States by storm, but Justice Ruth Bader Ginsburg’s passing caused a whole new wave of anxiety. With Ginsburg’s replacement installed just days before the election and opposing parties fighting for power, people still feel her loss weeks later. But even though we have lost Ginsburg, affectionately known as RBG by her fans, we can never lose the impact and the example she left behind. In “My Own Words,” RBG reminds us, “Fight for the things that you care about. But do it in a way that will lead others to join you.”

The book published in 2018 is the closest RBG came to an autobiography, written in collaboration with two other female legal scholars. During the early summer of 2003, Mary Hartnett and Wendy Williams approached Ginsburg. “People will write about you like it or not,” they said and suggested that such a feat should be only done by those she trusted. She agreed, and they got to work. Hartnett is an adjunct professor of law at Georgetown Law, focusing on teaching international women’s human rights. Williams is professor emerita of Georgetown Law and best known for her gender and law work, especially concerning work and family issues. In the ’70s, she worked with Ginsburg to further women’s rights.

The book foreshadows Ginsburg’s rise to the highest court beginning with her childhood in Brooklyn.  At only 13-years-old, she was an editor of her school newspaper. She would write articles about the Ten Commandments, the Bill of Rights, and other unconventional topics for a young girl. Later, these interests would help her fight to become a lawyer in an era when most men did not welcome women in their profession. Ginsburg would prove not only could she be a lawyer and a mother, but she could do it better.

On June 22, 1993, President Bill Clinton nominated Ginsburg as Supreme Court justice to take the seat vacated by Justice Byron White. “She reads the whole Constitution, doesn’t try to rewrite it to fit her political perspectives but understand it. You know, her job is to keep doing what the founders told her to do, which is form a perfect union.” Clinton said.

In her nomination hearing that summer, Ginsburg said, “My approach, I believe, is neither liberal nor conservative. Rather, it is rooted in the place of the judiciary, of judges, in our democratic society.”

Though she stood up for her beliefs, she did not let differences get in the way of seeing the good in people, like her friendship with conservative Justice Antonin Scalia. Despite their political differences, their disagreements never got in the way of their respect for each other and their company. They spent every New Year’s Eve together with their families until Justice Scalia died in 2016. Ginsburg was the best example of accepting others for who they are, despite their differences.

The layout of the book is a bit different than traditional biographies. Her story is followed by the speeches she gives during her career’s significant moments. A traditional reading still impacts the reader, but the best way to read this book is to accompany it with the audiobook. Narrated primarily by Linda Lavin, Williams and Hartnett tracked down archived recordings of RBG’s most important speeches. These recordings take the reader back to the moments that made history.

Even though RBG is no longer with us, we will always have the words and the legacy she left behind.