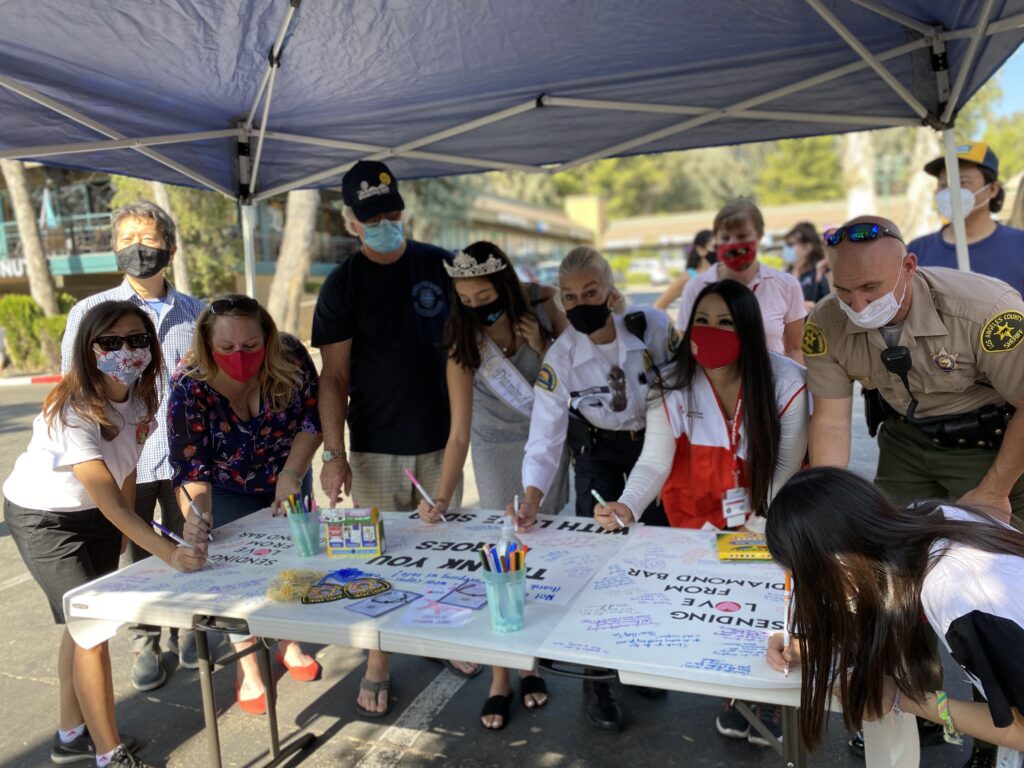 In Sign of the Times, Californians Gather to Honor First Responders

(LOS ANGELES) — More than 60 residents from the city of Diamond Bar gathered on Sep. 21 to remember a fallen firefighter killed in a wildfire and support the two L.A. deputies shot in an ambush attack. They signed oversized get-well cards for the two deputies who were shot as they sat in their patrol car in Compton.

Charles Morton, the 39-year-old firefighter,  died battling the El Dorado Fire, which has burned 22,489 acres in one of several California wildfires this season.

“We thank the firefighter who was doing his job and paid the ultimate price. We were just grateful for everything our public safety teams do for us,” said Steve Tye, mayor of Diamond Bar.

Those gathered in Diamond Bar signed the cards with words of encouragement including “We owe everything to you, HEROS! Thank you!” and “LASD strong!”  The cards will be sent to the families of the deputies and the firefighter, said Ruth Low, one of the city council members who organized the event.

On Sep. 12, the two Los Angeles County deputies, one is 24-year-old and the other is 31, were shot and got severely injured as they sat in their parked patrol SUV at a rail station in Compton. Now both of the two deputies were released from St. Francis Medical Center, but they will be experiencing long-term recovery care.

Steve Makai, who has lived in the city since 1984, expressed anger over the attack on the deputies.  “The suspect who shot the two deputies once arrested should be prosecuted immediately,” he said. The Los Angeles Sheriff Department identified the suspect as a 36-year-old man name Deonte Lee Murray, who was arrested on Sep. 15 three days after the two deputies got shot due to another separate case. Murray denied to confess and was expected to due back in court on Nov. 1.

“It’s horrible…I have family members working at front lines such as the police department, hospital, and ER room. They are here to protect us… he should be sentenced to certain degrees as what he did is not right,” said Makai.

“Every day when we suit up and put this uniform on, I always think about what today will bring to me. We always expected the worst case and hoped for the best result,” said Scheler, “We have a memorial wall in every station of the police department, … but I just want to protect our community.” 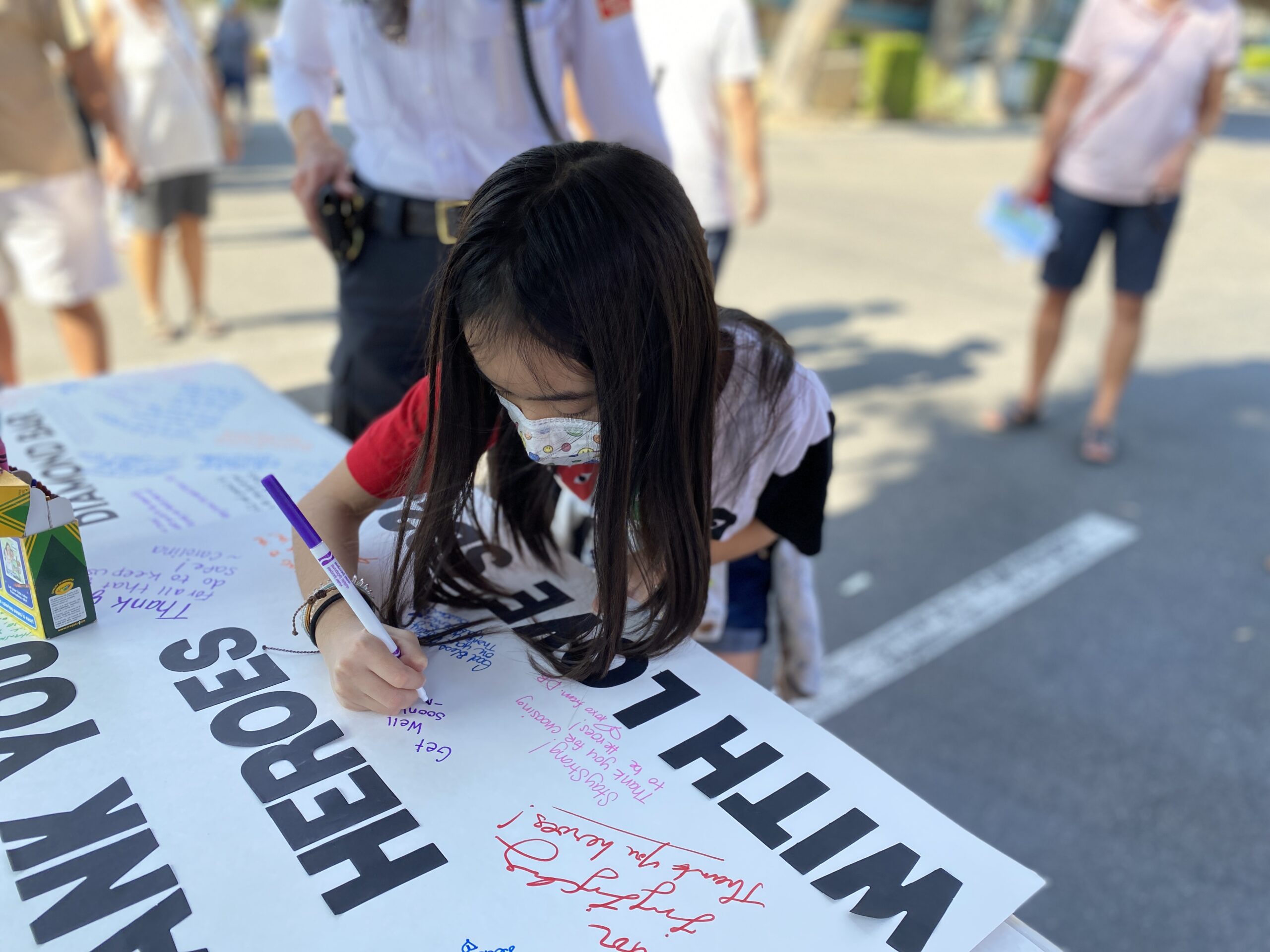 While the county kept going through a hail of difficulties including Covid-19, Black Lives Matter protests and wildfires,  Diamond Bar residents haven’t lost faith in the public safety teams and law enforcement by gathering together to support each other.

“We support our sheriffs and their hard work every single day. When they leave home, their family don’t know if they will be coming home that night. So they put their lives on the line for us every day.”