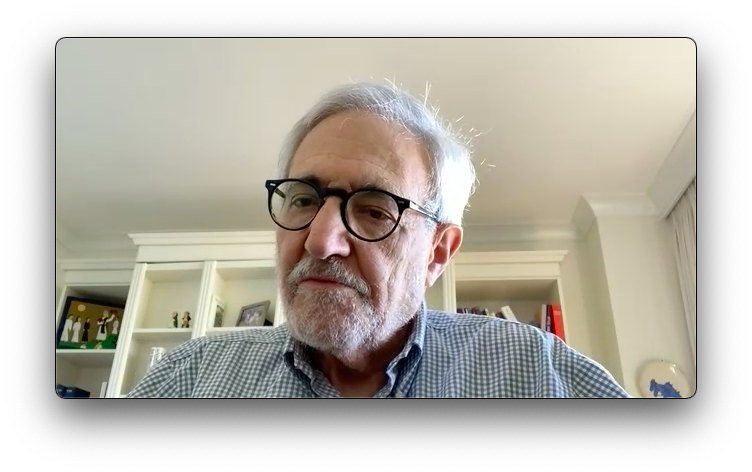 New York, NY- Alvin Sugarman is Rabbi (Emeritus) of The Temple in Atlanta, GA and is well-known for his work throughout the years on issues of civil rights. I spoke with him regarding his background as a clergy member, his involvement in civil rights movements, as well as his reaction to voter suppression taking place in the state of Georgia.

What was the main catalyst for your involvement in the civil rights movement?

A major element of my involvement was Dr. King speaking in Alabama. My territory, as a traveling salesman, was in Alabama before becoming a Rabbi, and you could witness the hatred on the part of some of the people in Alabama. My dad died in 1964 and I started teaching religious school to eighth graders—just as a volunteer—and my subject was the prophets and their calls for social justice. The Klu Klux Klan was meeting at Stone Mountain and I would tell my student “if Amos (the biblical prophet) were around what would he tell the Klu Klux Klan?.”

Last year, the nation lost a civil rights giant in Congressman John Lewis. Reflect on your relationship with the late Congressman and what he meant to the Atlanta community as a whole.

An interesting footnote to this is that not long after I had become a clergy member in Atlanta—maybe 5 years—Atlanta Magazine named two people the “conscience of the city.” One was John Lewis and they named me too. I mean, to be in that category with John…and then over the years to have worked with him, to have met with him, and have him come to my Temple to speak. There’s no words. If there was ever somebody that was a prophet in our own time, along with Dr. King, it was John Lewis. He knew no fear, he simply always wanted to create what he would call “the beloved community.” It was an honor just to breathe the same air in the room with him. I was honored to speak when a statue was unveiled for him when he was still alive.

I read an article from last year in The Forward, which of course has long been a magazine at the forefront of progressive change. It mentioned your involvement with the documentary called Shared Legacies, which features various civil rights luminaries. Shed a little light on what it’s about.

It recently came out (in 2020) and looks at issues involving civil rights. I’m featured in it, as well as many of the leaders who worked with Dr. King, including Andrew Young and others.

In early 2021, Georgia elected a Jewish and an African American senator. At the same time, however, the state has passed sweeping voting restrictions, which have been denounced as discriminatory by many in this country. What are your thoughts on how far the state of Georgia has come in this regard and, on the other hand, on how much work needs to still be done in combating racism, anti-semitism, and other forms of hate?

Very good question, and of course it’s not just Georgia. We’re worried about it in many states. What has happened is people have exercised their right to vote, they’ve voted their conscience, which they should do. They have elected the people they think deserve to be elected and they are using every means at their disposal. We’re very worried—in 2022, but even more so 2024—that we are going to have legal elections, valid elections where everybody…your vote, my vote, our African American friends, Hispanic friends, if their votes are actually going to be legitimized. So, that’s why it’s all the more important that we keep vigilant. It becomes a prophetic call to guarantee the rights of our democracy and to illuminate, wherever humanly possible, any form of voter suppression. I have a hunch they’d put the poll tax back in if they could.