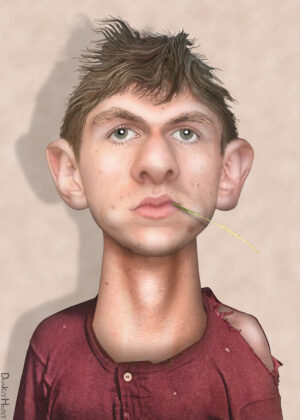 (NEW YORK) — Perception is often shaped by bias. Conservapedia, “the trustworthy encyclopedia” (it was created by Phyllis Schafly’s son), calls conservative commentator James O’Keefe a journalist. The left-leaning RationalWiki says O’Keefe merely describes himself as a journalist and uses his mugshot as the primary photo. As for Wikipedia — which has its own slants — O’Keefe is called a political activist and a provocateur, but not a journalist. While I don’t base journalistic integrity off an individual’s political stance, O’Keefe is not a journalist because the Pew Center’s Four Core Principles do not apply to him. He is not a journalist because his work is rooted in an agenda instead of the truth.

For those unfamiliar with O’Keefe, his approach can be described as undercover at best — it can also be described as underhanded. O’Keefe and his operatives conduct their work under false pretenses by secretly recording their subjects. The idea is the subjects will say things they wouldn’t say if they knew they were being recorded. This purportedly paints a more accurate portrait of them. Wrongdoing that wouldn’t be exposed through a typical interview becomes public knowledge. I oppose secret recordings on personal grounds, but I don’t believe deception disqualifies a journalist. Journalists serve the general public, not individuals, and secretly-obtained information can be reported in a factual, truthful, and unbiased manner. On the news satire program The Opposition, Kobi Libii used secret recordings to reveal Breitbart’s manipulation tactics. However, O’Keefe doesn’t get the truth out while violating others’ trust. He also violates the public’s trust by selectively editing out facts.

In O’Keefe’s 2011 recording targeting media organization NPR, he included footage of a then-NPR executive (who had to retire earlier because of the video) speaking highly of liberals, but cut out the executive saying he was proud of growing up Republican. He removed audio of the executive saying NPR would lose local stations without federal funding to only focus on the executive’s comments supporting the removal of federal funding. A 2009 video targeting ACORN, a voter registration non-profit, was edited to mislead viewers into believing ACORN was assisting a pimp. O’Keefe showed footage of himself dressed as a pimp, but he wasn’t wearing a pimp outfit when he spoke to ACORN. While trying to expose the apparent liberal bias of journalism in 2011, O’Keefe had an operative secretly record a journalism professor, NYU’s own Clay Shirky, expressing liberal viewpoints to students. O’Keefe called Shirky a New York Times consultant, which he is not. Shirky himself told The Atlantic he isn’t a practicing journalist, but rather teaches journalists at NYU the benefits of social media.

Compare O’Keefe to journalists like Marguerite Higgins, who was a correspondent for the Korean War. In her memoir, Higgins described sneaking in with the U.S. Marines to report on a battle in 1950, putting her life at risk in the process. O’Keefe uses false pretenses to “expose” the left. Higgins remained obligated to the truth in her war coverage, was loyal to the public by placing her reporting above her safety, verified the facts by witnessing them firsthand and was unbiased in describing what she saw. O’Keefe’s biases are clear in what he targets, whether it be organizations helping urban low-income voters (who traditionally vote Democratic) or public school systems (who educate urban low-income voters). Far from exposing Watergate, in 2010 O’Keefe led a team posing as telephone repairmen to sneak inside Democratic Senator Mary Landrieu’s office to allegedly (in his words) investigate if she was ignoring calls. Although he faced a felony charge of trying to tamper with her phone system, he got off with a misdemeanor for entering the office under false pretenses. There was an obvious risk involved, but O’Keefe wasn’t putting his life in danger and he wasn’t trying to notify the public of an important event. He wanted to bring down a government official because she had a D next to her name.

O’Keefe is more likely to support corruption than expose it. While Bob Woodward and Carl Bernstein worked for The Washington Post in uncovering Watergate, O’Keefe tried to undermine the Post for its coverage against Republican Roy Moore.

The Post was reporting on allegations of sexual misconduct against Moore during his 2017 Senate campaign, prompting a sting from O’Keefe’s organization. The plan was to discredit the Post‘s coverage by having an operative falsely claim the candidate had impregnated her, but the sting instead gave the Post more credibility. Rather than accept the operative’s claims because they spoke ill of a Republican, the Post uncovered her connection to O’Keefe. The Post made certain to investigate the operative because the reporters at the Post are true journalists. O’Keefe’s operative demonstrated that she was no Deep Throat, and O’Keefe remains no journalist. He is obligated to the right, is loyal to the right, and provides only information that supports the right. O’Keefe’s work is shaped by his bias.