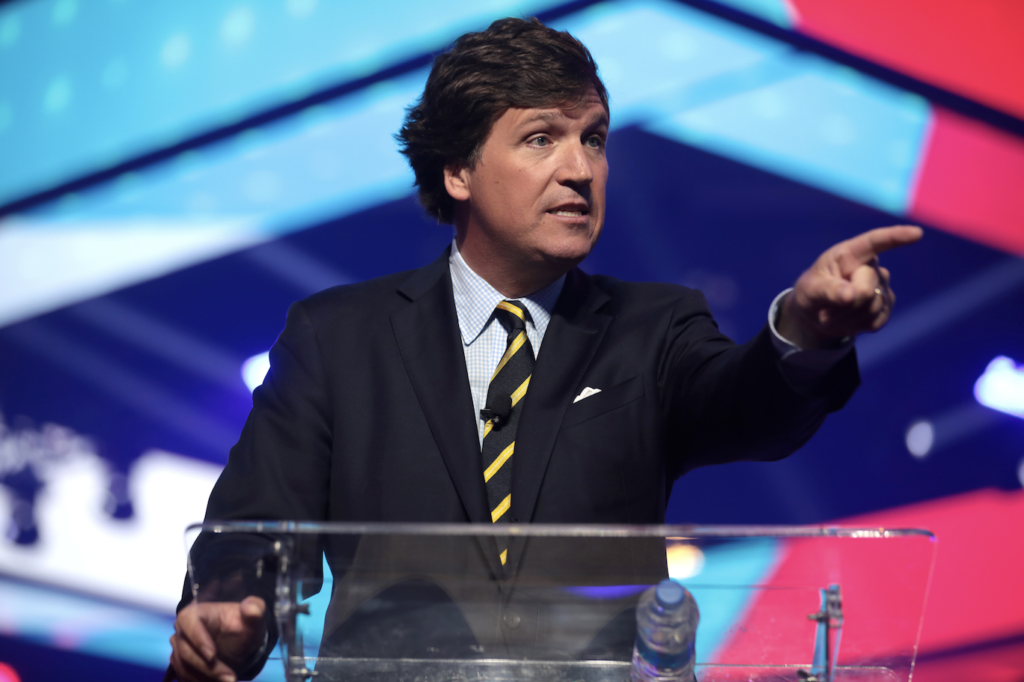 Tucker Carlson speaking with attendees at the 2021 AmericaFest at the Phoenix Convention Center in Phoenix, Arizona. (Image Courtesy Gage Skidmore)

Opinion: Is Tucker Carlson a Journalist? The answer wasn’t always so easy

When I was in Journalism school, sports broadcasting was always where I wanted to end up.  But in order to get there, I had to ‘pay my dues’ doing other things, like news and weather and field reporting, being a VJ – even doing PR for six months … you get the point.  Sometimes getting to where you want to be is a long and winding road.

For Tucker Carlson, going through and having to practice actual journalism was how he got to where he is today, becoming one of the most influential right-wing commentators in America.  But when you look at Carlson’s resume, in the early years at least, there is more to point towards him being a journalist than not.  He made stops at CNN, PBS, and MSNBC before he got near his current role at Fox News.  All three of those stops would be welcome career moves for any credible journalist working in news.  That’s not even factoring in his writing for New York Magazine, Reader’s Digest, and The Wall Street Journal, to name a few.  In fact, during his days as a columnist, his writing was heralded as an ‘important voice for the intelligentsia’ by John F. Harris of Politico.  A former editor of Vanity Fair, Tina Brown, even lamented the fact that Carlson ‘got sucked into this TV mania thing’ and stopped writing because he was such a talented scribe.

To determine whether or not he is indeed an actual journalist, I think you need to define where does journalism end and commentary begin?  Carlson has worked on commentary-based programs like ‘Crossfire’ (CNN), ‘Tucker Carlson Unfiltered’ (PBS), and ‘Tucker’ (MSNBC) for much of his career.  However, those programs, while vehicles for his opinion and ideologies, also presented more than just his side.  One could argue that presenting both sides is what got him fired from CNN.  Helping him promote a new book, Carlson had ‘The Daily Show’ host Jon Stewart on, and instead of promoting his book, Stewart went after Carlson and ‘Crossfire’, calling them both harmful to political discourse.  It was so heated, that Stewart stayed afterward to discuss the issues he’d raised on the air with Carlson.  Not long after Stewart’s appearance, ‘Crossfire’ was canceled and Carlson was let go.

According to ‘The Atlantic’, that’s where his transformation from journalist to commentator truly began.  It has since blossomed into something much more than that since his arrival at Fox News.  He has been called racist, dangerous, and an immigrant fear-monger … but not a journalist (except on his wiki page). 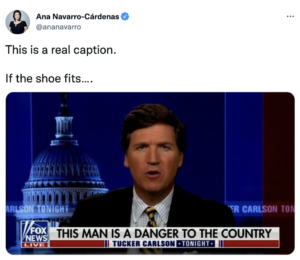 But did Carlson really move THAT far away from journalism?  Or did journalism move away from him?  Sure, he did present biased views but he also brought on people to counter some of those viewpoints, and more often than not, those people are unable to go toe-to-toe with him.  His own intellect, combative style, and ability to fluster his opposition so they cannot succinctly present counterpoints is borderline legendary– and it is absolutely by design.  And when a salient opposing viewpoint is presented, he often throws a tantrum like a petulant child and cuts the interview short.  Say what you will about that style but he does what journalists are supposed to do – challenge the status quo and present an opposing viewpoint, as weak as it may be.

The problem lies in that he doesn’t treat everyone, or every viewpoint equally.

Those who agree with him are treated much differently than those who do not – and that is not what journalists do.

One thing journalists also do not do is so blatantly engage in inflammatory rhetoric.  Since the election of Donald Trump as President, Carlson has taken this to a whole new level but in such a clever way that it took a while for it to even be noticed.  He is often mocked for his bewildered facial expressions, but such expressions usually come at the end of an inflammatory question, statement, or easily provable lie that caters to the Republican/conservative base of which his audience is mostly made up.  Again, not journalism.  Just check out a few of these gems from his nightly show since 2016:

“Democrats rigged the election right in front of us, and nobody did anything about it.”

“Our civilization is superior and we need to defend it.”

“There is no physical evidence that George Floyd was murdered by a cop.”

“Do you get along better with your neighbors and co-workers if you can’t understand each other?”

“This may be a lot of things, this moment we’re living through – but it is definitely not about black lives.  And remember that when they come for you, and at this rate, they will.”

“The Democratic party is trying to replace the current electorate, the voters now casting ballots, with new people, more obedient voters from the Third World.”

Yes, it seems calling Carlson a journalist these days is like referring to the January 6th insurrection and attempted coup as a ‘dust-up’.

Truthfully, I actually went into this piece wanting to go the other way – to argue why Carlson IS a journalist, and I believe he truly once was.  I believe he came into the profession looking to challenge the intelligentsia of American power and give them an opposing viewpoint but also to challenge their viewpoint.  His early work points directly to that.  But what he has found over the years is that the money, and power, are not in challenging the intelligent. Instead, it is in pandering to the under-educated and under-informed … and that is exactly what he does each and every weeknight. 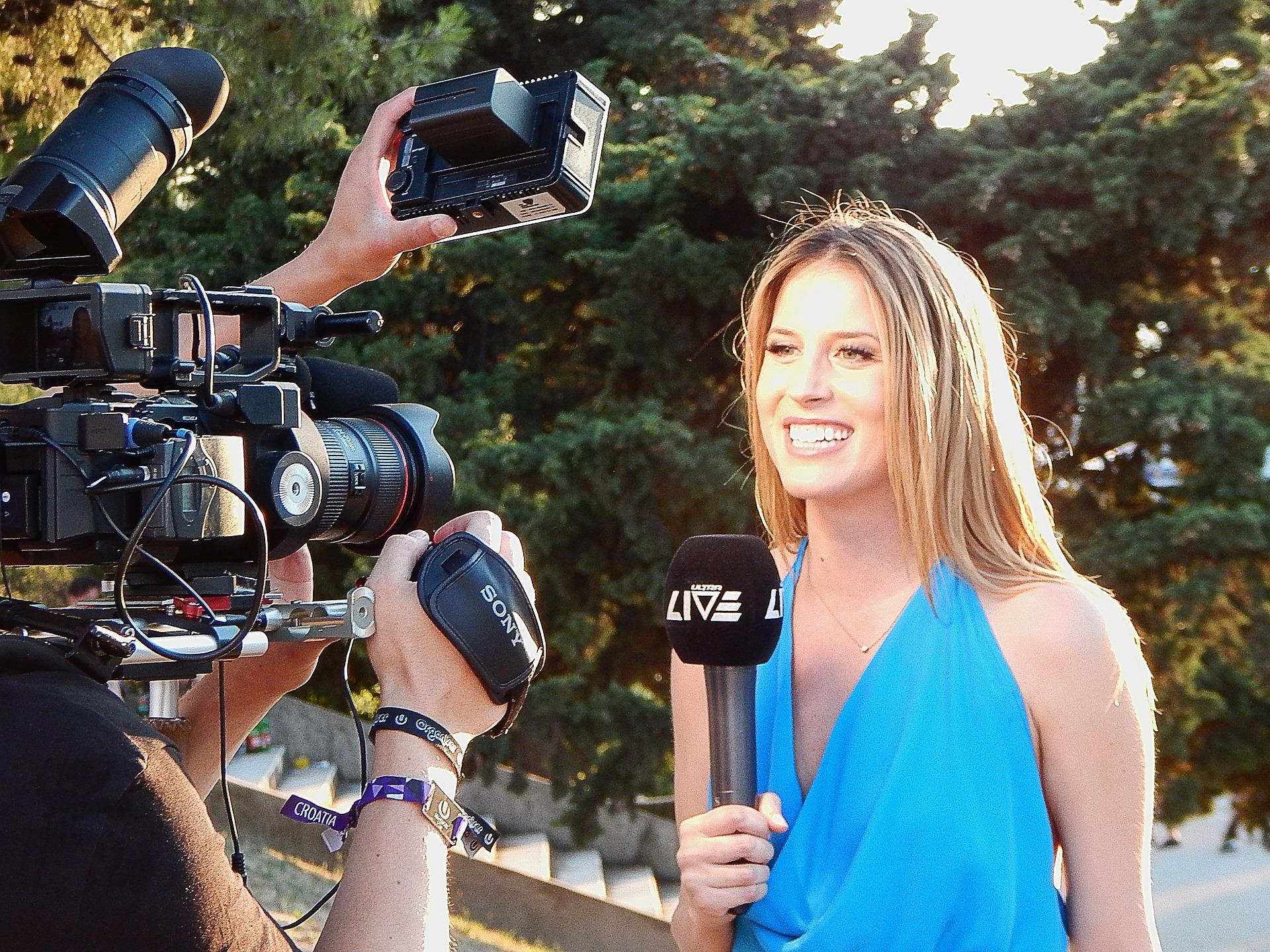 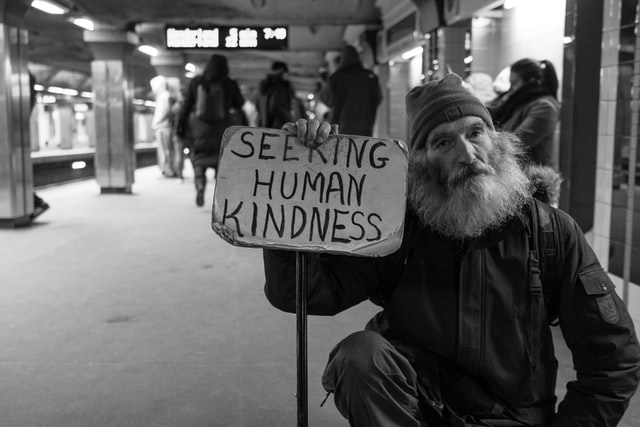