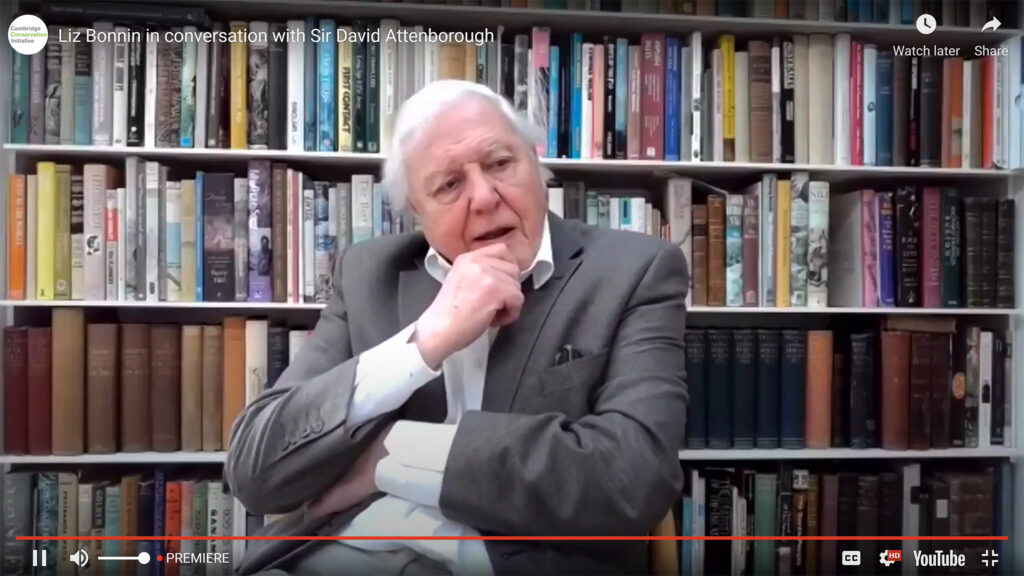 It May Be Our Last Chance for Change, says Sir David Attenborough

“Have you ever shot a caiman?” asked a wildlife hunter to Sir David Attenborough. The two had worked their way through the Guyana jungle and came upon a lake surrounded by nature at its fullest. Attenborough responded saying he hadn’t ever shot anything. The hunter handed him the gun and instructed him to point and shoot. When Attenborough pulled the trigger he said everything exploded, the gun, the scene, the caiman.

The wildlife hunter had to kill one jaguar a day in the jungle, according to Attenborough. At the time in the 1950s, killing these animals was viewed as part of survival, not thinking about the complex interconnectedness of the planet that relied on them.

“How easy it was for ignorance to destroy,” Attenborough said, “and how complex it was the things we were destroying.”

Attenborough recalled this experience in the Guyana jungle in a live discussion event organized by Earth Optimism in collaboration with the Cambridge Conservation Initiative. The closed discussion was hosted by Liz Bonnin, a TV and radio presenter also passionate about environmental conservation.

Throughout Attenborough’s career, he has witnessed the discourse around conservation change as our understanding of the natural world changed. He witnessed the focus shift from saving single species, to specific ecosystems, and then the whole planet.

“Everything is connected. And if you think you can do damage in private, you’re wrong,” said Attenborough.

Attenborough believes we may not have another chance to pass comprehensive conservation efforts and the “only thing that prevents it happening is selfishness.”

Attenborough has dedicated his career to making education about the natural environment accessible and entertaining. He has made numerous natural history TV series and independent programs over his eight-decade-long career. He believes that there is no substitute for firsthand contact with nature and that every child should understand the way the world works.

“Storytelling is the basis of effective communication,” he said to Bonnin in the live event. He added that the best stories are the ones where natural events are allowed to form the narrative.

The discussion was the final event put on by Earth Optimism in conjunction with the Cambridge Festival. The Festival took place between March 26 and April 4 and focuses on solution-based awareness about the climate crisis.