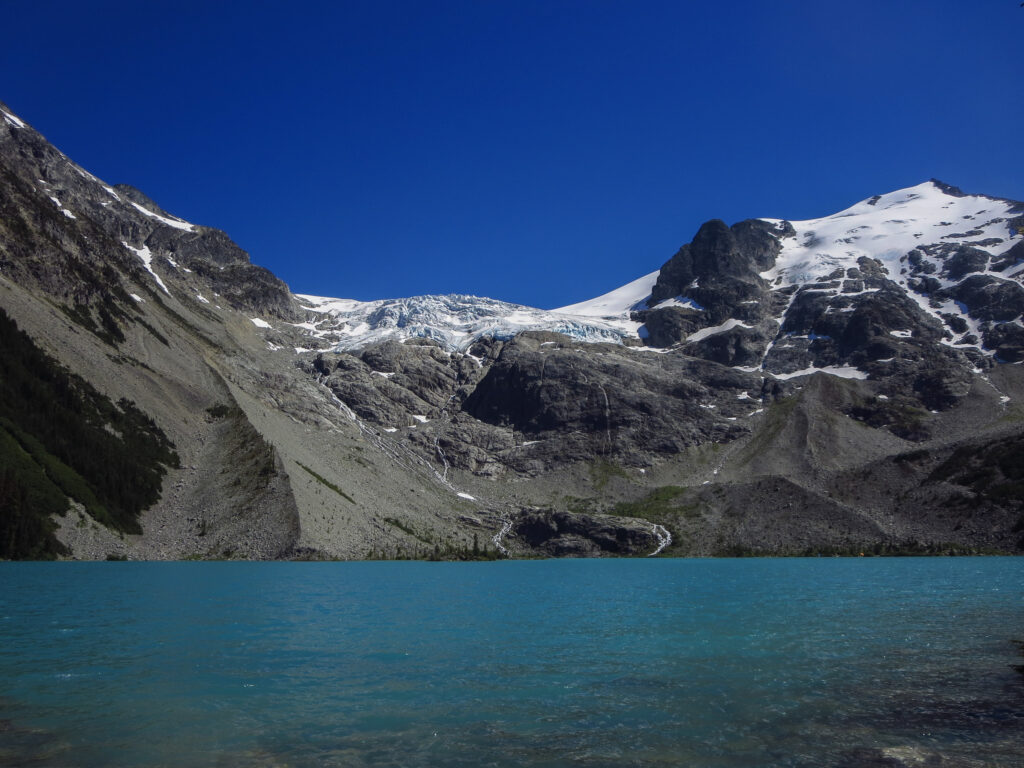 A Plan to Clean Up a Popular Canadian Park Faces Backlash

(SQUAMISH, British Columbia) — While it has only been recognized as an official park since 1988, the stunning glacial lakes and striking mountain vistas of Joffre Lakes have helped it quickly become the most popular park in Canada’s British Columbia.

“At this point, Joffre is a bit of an amusement park,” Sarah Bulford, a former Park Ranger who worked in the park from 2014 to 2018, told The Click. However, she didn’t mean it in the sense of overjoyed youth and once-in-a-lifetime experiences — Bulford referred to the overcrowded, trash-filled mess that the park has become. 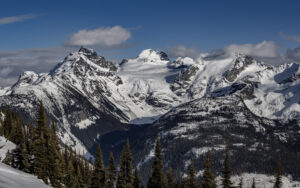 The park as seen from across the popular Duffey Lake Road. [Credit: Steve Jones]

Over the last decade, the park has seen a 222% rise in visits, with 183,000 tourists flocking there in 2018 alone. That spike brought an uptick in environmental and safety concerns around trail usage, littering, and parking issues, among others. Part of the greater overall BC Parks system, Joffre Lakes’ Instagram-ready landscapes have contributed to its popularity: dazzling glacially fed lakes provide a perfect backdrop for visitors from all over the world to capture memories.

Popular in the summer for its hiking trail system that passes three lakes and ends with stunning views at the toe of the Matier Glacier, the park exemplifies the natural beauty that earned British Columbia the slogan “Beautiful British Columbia.” The park’s trademark feature is the saturated blue color of the lakes, which is a result of “rockflour,” or glacial silt that reflects green and blue wavelengths.

In the winter, it serves as an access point for backcountry skiing, an immensely popular sport in the region. The park’s healthy old-growth forest also provides a habitat for fauna such deer, black bears, grizzly bears, and mountain goats.

With the recent overcrowding, the park has been getting a great deal of press, though not for the right reasons. In 2017, two hikers made news when they packed out over 40 pounds of trash — and according to the hikers, that was just the tip of the iceberg.

In 2018, a CBC news report detailed  “driver anarchy and mass crowds” in the area, highlighting concerns of a lack of a long-term solution for crowd management in the area.

For all of the beauty that the park holds, the negative press has always been a constant. But there might be help on the way. BC Parks announced a long-term Visitor Use Management strategy in February 2021, a plan that has been both praised and criticized by recreationalists, conservation groups, former employees, and more.

Of particular note, they intend to introduce a cap of 1,500 people in the park during peak season (May to September), a number that Bulford sees as a gross shortcoming.

Multiple attempts were made to reach BC Parks, but they did not respond to emails or phone calls.

Another major point is the inclusion of the local Lil’wat Nation. The area holds a great deal of cultural importance to the Lil’wat people, who have inhabited the region for thousands of years.

“The actual use of the place, the traditional use, has been ignored or overlooked,” Don Nelson, chief of Lil’wat Nation, told The Pique, a paper from the nearby town of Whistler. “The traffic, the amount of visitors, who’s allowing that? It just got way out of hand. We had no say in any of it. We were just the receiving end of everything.”

The plan aims to continue the First Nations Park Stewards Program, first introduced in 2019. That plan brought in First Nations representatives to consult on management issues in the park. In addition, BC Parks will work with Lil’wat Nation and N’Quatqua (another local First Nations group) to finalize the strategy laid out in the plan.

But not everyone believes the park’s plan goes far enough.

Recreationalist and advocate Steve Jones said his biggest concern is the manner in which BC Parks is approaching the problem.

“A decision was made a few years back to upgrade the Joffre Lakes trail and promote the area. They spent our tax dollars doing that and it was very obvious that if they did that, everyone would show up,” Jones told The Click.

Jones said that while BC Parks made the decision to invite more users by developing the trails, their management plan is now doing the opposite: It cuts them off. Jones believes this will inevitably drive them elsewhere, putting stress on other parks and taking away from local businesses that have profited off greater visitation to the park. 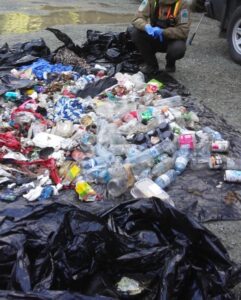 A collection of garbage found on the trail. [Credit: Sarah Bulford]

“We have this tiny little bit of population and an embarrassing riches of mountainous areas,” Jones said. “Instead of spending money to try and lock people out, they should be spending money to increase accessibility. Then everyone who wants to come out can come out.”

Former Park Ranger Bulford added that management issues will also affect the plan’s outcome. During her time in the park, Bulford got to see what happened when it was poorly managed — and she said it wasn’t pretty.

“I went into it with a bit of a romantic idea thinking it would be all about being in nature, hiking, chatting with people, but it turned out to be not what I thought I’d signed up for,” Bulford told The Click. Instead, Bulford found herself doing things like cleaning outhouses instead of trail maintenance, and parking cars instead of educating visitors on how to be mindful backcountry users. It quickly became apparent that the role was not the dream job she had signed up for. She blames this on the park’s overcrowding, and believes the management plan is unlikely to curb that problem.

“Their plan to cap the park at 1,500 people per day — I’m not sure how they came up with that number, but in my opinion, it’s completely unsustainable,” Bulford told The Click. 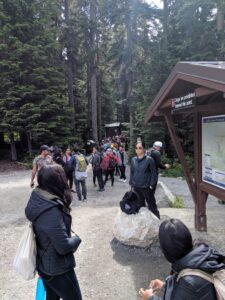 Another group, the Canadian Parks and Wilderness Society (CPAWS), had some positives to take away from the plan despite some skepticism.

“We are extremely happy with two aspects. First, we applaud the overdue inclusion of the original stewards of this area, Lílwat Nation and N’Quatqua, as critical planning partners,” the group announced in a published report in April. “Secondly, we are pleased that BC Parks is undertaking this intensity of planning to improve park safety, visitor experience and meet conservation goals.”

But like Jones and Bulford, the group found numerous shortcomings.

These include a lack of a plan for climate-friendly transportation such as carpooling and shuttle buses, a clear explanation of the environmental and visitor experience indicators that led them to the 1,500 person per day cap, and a detailed plan to secure further funding to assist with management.

“We are disappointed in the lack of detail that the strategy offers,” the group said. “The plan has been in development for two years and we had hoped there would be more. However, we have spent some time unpacking the strategy to offer recommendations. We hope our insights help BC Parks make the necessary strategy improvements.”

The plan is not final. As of April, it was undergoing a public feedback session, which may prompt BC Parks to address some of the questions brought forward by residents across the province.

As of now, the park itself is in a bit of a holding pattern. It’s been closed to the public since April 2019, giving it a chance to heal any environmental damage that has been done to it. But that doesn’t mean advocates like Jones or Bulford are convinced that the overcrowding, the dangerous parking situation, and slew of other problems have been addressed.

“There is no shortage of opportunity for us to accommodate everyone who wants to come here — and we really should be trying to do that.”