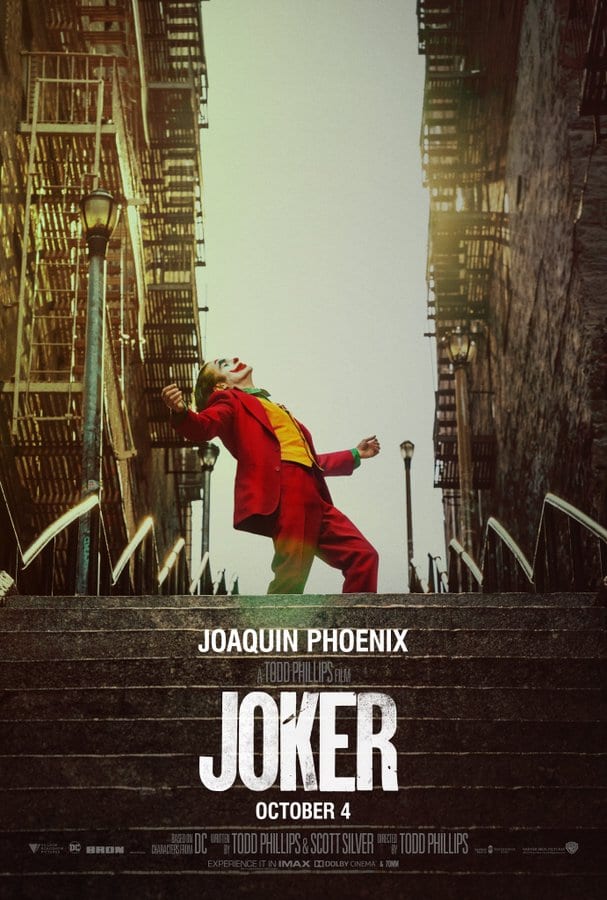 He’s made fans laugh, he’s sparked fear — and in 2019, the Joker has stirred conversations surrounding mental health stereotypes with its apparent link to violence.

Actor Joaquin Phoenix is the latest star to take on the role of the iconic clown and Batman’s first, longstanding rival. The Oscar-buzzing movie, “Joker,” premiered Oct. 4 and while the psychological thriller brought in $300 million along with rave reviews, police stepped up security after the FBI and Department of Homeland Security called alert to a number of threats of mass shootings at showings of the film, according to CNN.

Phoenix’s portrayal of the Joker comes seven years after the 2012 shooting at a movie theater in Aurora, Colorado, where 12 people were killed and 70 others were injured during a midnight screening of another Batman movie, “The Dark Knight Rises.”

Ahead of “Joker’s” release, families of Aurora shooting victims released a letter to Warner Brothers saying the movie’s violent plot “gave them a pause.” The loved ones then called for the motion picture company to support the movement for gun safety in the U.S., Time.com reports. The Century 16 theater where the shooting occurred did not screen “Joker” upon its release.
Warner Brothers told ABC News in September that “Joker” is not a “glorification” of “real-world violence.”

“Gun violence in our society is a critical issue, and we extend our deepest sympathy to all victims and families impacted by these tragedies,” Warner Brothers’ statement reads, according to ABC News. “Make no mistake: Neither the fictional character Joker, nor the film, is an endorsement of real world violence of any kind.”

In the Carnegie Mellon University opinion article, “Joker: Reflection of our Society,” Phoenix’s character Arthur Fleck (Joker), is described as “a friendless young man with a mental illness.”

“The hysterical laughter caused by his mental condition makes his peers view him as a “freak,” author David Koggan writes. “He must care for his mother alone in a run-down apartment. He’s unable to receive adequate mental health services because of cuts to social programs. He is a product of the broken system he’s lived in, his behavior largely molded by external factors.”

In “Joker” Fleck is bullied, isolated, loses access to psychiatric medications, and eventually descends into the criminal, murdering aggressor.

In light of the recent threats, several media outlets have honed in on “Joker’s” arguable theme of mental health and its correlation with violence.

Dr. Stephanie Samar, a clinical psychologist at the Mood Disorders Center of the Child Mind Institute, said just because a person is mentally ill, it doesn’t mean they’re always violent.

“[E]ven though there is a national narrative that projects this stereotype,” Samar told The Click. “There is no research evidence that individuals with mental illness, even severe mental illness, are more prone to violence.”

Among the most recognizable of comic book villains, the Joker was first introduced in a 1940 strip unveiled by DC Comics. The Joker’s recurring run-ins with Batman spanned across small and big screens including a television show, animated series, and multiple films.

Actor Cesar Romero was the first to put on the Joker’s purple suit on for TV in 1966, but it was Jack Nicholson’s 1989 portrayal in the film, “Batman,” which shifted the Joker’s temperament from witty and comical to dark and murderous.

Late actor Heath Ledger was next to take on the role of the Joker in 2008’s “The Dark Knight,” earning him a posthumous Academy Award, followed by Jared Leto in 2016’s “Suicide Squad.”

The 2016 article, “What Do You Think I Am? Crazy?”: The Joker and Stigmatizing Representations of Mental Ill‐Health,” explores the mental health and fictional depictions of the Joker character.

The piece, published in the “The Journal of Pop Culture,” argues that the negative portrayal of mental health could confuse the public and create “false beliefs.”

“This can lead to stigma, described as a combination of ignorance, prejudices, and discrimination and a serious problem for those experiencing mental ill‐health,” authors John Goodwin and Izzat Tajjudin write.

“When violence occurs, we as humans naturally want an explanation and mental illness is an easy scapegoat,” Samar said. “It is both a political tactic to connect these two factors together and can be a compelling, and engaging storyline in TV and movies regardless of the research.”

Samar went on, “The more we perpetuate this stereotype, the stronger the stigma is, especially when there isn’t enough media counteracting that point of view [which] is more inline with reality.”

According to Goodwin and Tajjudin, it’s been “suggested” the Joker suffers from schizophrenia, PTSD, and possibly other illnesses. However, with no scientific evidence to back this up, it’s amping up the stigma, the authors explain.

“Media producers and creators can strive for greater accuracy, especially since their offerings can have a major influence on the public’s perception of mental ill‐health, mental health care, and service users themselves,” the article reads.

Goodwin and Tajjudin added, “Mental health practitioners and members of the general public can also be made aware of how negative stereotypes are constructed within the media.

“It is important that everyone is educated in the realities of mental ill‐health, in order to develop a greater understanding, and to be able to differentiate between real and fictionalized depictions of schizophrenia, dissociative disorders, and PTSD.”

Samar seconded this thought – stigma could be minimized if medical professionals and society were in the know of stereotypes, the media, and research evidence of mental illness and its tie to violence.

“What might be most interesting to people is that the research actually tells the opposite story – that individuals with mental disorders are more often victims of violence, not the perpetrators,” she said.

“It is true that a subset of individuals with psychiatric disorders commit violent crimes but other factors, such as substance abuse, are more likely impacting these behaviors than mental illness,” Samar added.