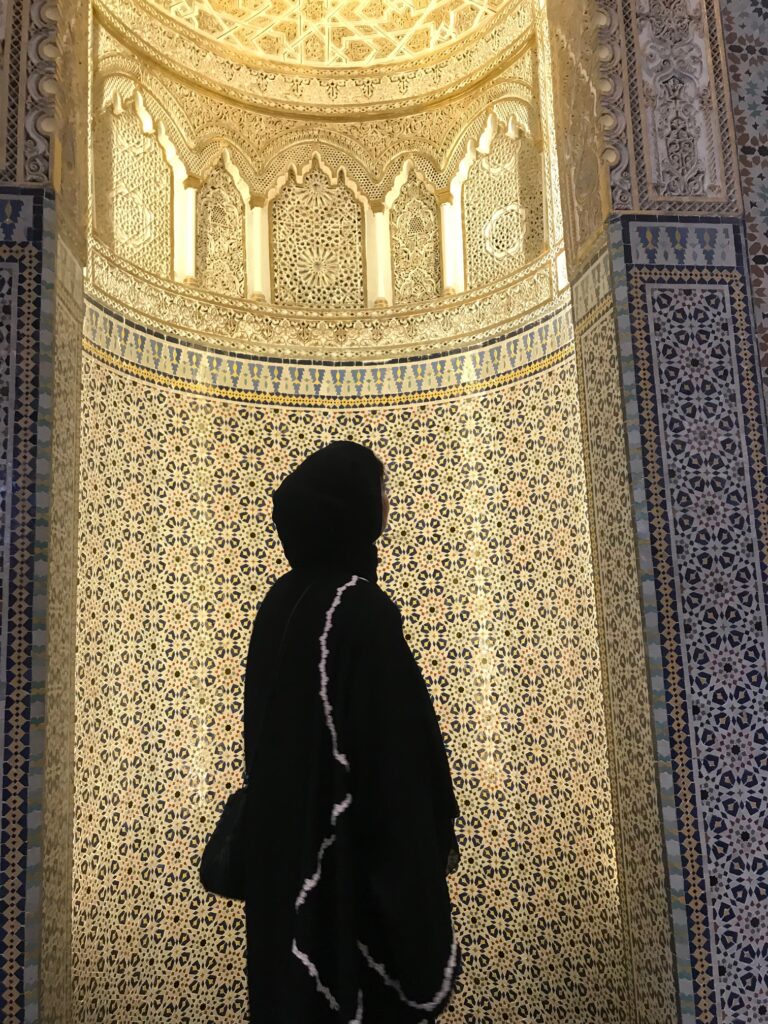 (MILAN)—Bloggers, vloggers, and influencers are some of the most powerful modern sources of information. It is impossible to classify some of the work produced clearly into “journalism” and “non-journalism” binary categories because, more often than not, they exist within a grey area.

One name comes to mind: Haifa Beseisso. Also known as @flywithhaifa on Instagram, YouTube, and  Twitter, where she has amassed nearly 1.5 million followers. She has raked in over 50 million views since 2014.

Beseisso, 31, is a Palestinian-American, Muslim and Arab woman, born and raised in the United Arab Emirates. She defines herself as a travel vlogger, an activist, and a fashionista. Immediately as a viewer, you are attracted to her message, which aims to break cultural barriers and stereotypes. In a post on Instagram, she says, “I am a strong believer that you can create your own reality,” and also continued on Twitter, “I travel for love and to break stereotypes.” This is exactly what she has been doing over the past years, offering viewers a slice of her life and travel-driven content. Her non-traditional approach to disseminating information does not exactly resemble that of a journalist. Instead, the content she releases is wedged between creativity and informative–placing her in a grey area of journalism.

According to Linkedin, she holds a degree in digital production and storytelling program from the American University of Dubai. She was hired as an intern at a leading broadcasting company based in Dubai, Middle East Broadcasting Center, and then employed full-time. Then she became an assistant producer, co-producer and producer. For this reason, she developed journalistic skills that would later become essential to her career.

By definition, journalism is, “The activity of gathering, assessing, creating, and presenting news and information.” It is also the product of these activities.” Based on this definition from the American Press Institute, Haifa does in fact produce work in the journalism sphere for several reasons. Through her accounts, she collects information and opinions from her audience and uses them to create new investigative videos and respond to the needs and requests of the audience.

Within the travel journalism sphere, Haifa demonstrates emotional connections with different religions, languages, and customs worldwide. She desires to bridge the Middle East and the West. She is bilingual, so she easily connects with both English and Arabic speakers.

Her experiences shed light on how it is difficult for women of Middle Eastern descent to travel alone and follow their ambition due to cultural norms. In particular, her profile contains powerful experiences in Tanzania, Italy, India, Switzerland, Sri Lanka, Korea and Mexico. The pictures and videos she makes send potent messages, and it is impossible to escape the energy bursting from Haifa’s personality.

In 2018, she became very popular with a seven-minute and 40-second video, “Stereotype World: The Middle East Speaks Up,” when she asked the audience to rethink stereotypes in the Middle East using rap to fight for women’s rights. At the beginning of the video, Haifa asks, “Do you know what I freaking hate?” while holding a tape with a label that reads “Stereotypes World.” In the first minute, the camera pans to a dark theatre, where a woman and man in traditional Arab dress fill the screen. Haifa interrupts the scene to introduce the real Arabic world with fabulous Arabic dresses, smiley women and men, big cars, and famous ancient monuments. The video received more than four million views.

Are you engaged? What’s your marital status? How old are you now? When are you getting married?

These are very common questions for women from Arab countries, particularly Muslim-majority nations. In one post, Haifa declared she decided to marry life and in the video, she wore a beautiful white wedding dress and gave people her invitation cards, “Welcome to the wedding of Haifa and life. Today, tomorrow and every day, you are invited. Join me.” There is a clear social message to viewers– just be yourself and enjoy your time, no matter what people think.

In another viral project, Haifa ran a social experiment she called the Muslim Experiment. She stood in the street of Florence (Italy). She held a board, wrote a statement, “I am a Muslim, and that makes me …” and asked people to complete the sentence. The answers were full of love, which were a fundamental and practical approach to facing the problem of Islamophobia. This is a good case of journalism because, in the common scenario, the idea of Islam is so negative. She gives people the chance to open up about how they feel about differences, and how they might find more positivity than negativity, in particular regarding the Muslim identity. Though her content may stir the pot, some may view Haifa as an influencer because she does not report in a traditional sense.

Especially given the fact that her public image was under scrutiny after she broke cultural and religious stereotypes when she removed her hijab, the religious headdress some Muslim women choose to wear. However, she did not encourage her viewers to do the same, nor did she promote it. However, because Haifa produces original and informative digital content, all while promoting inspirational messages, I believe she creates lifestyle journalism. She also gathers information and presents facts to viewers. She helps her followers not be afraid and speak up, tell their own stories and follow their dreams no matter what society, religion and tradition expect from them.

(LOS ANGELES) - Quinceañeras are a Mexican tradition where families celebrate their daughters’ fifteenth birthday. They are typically massive events that can include immediate family or entire communities. Angélica Escoto has documented quinceañeras in Southern California for the last fourteen years.