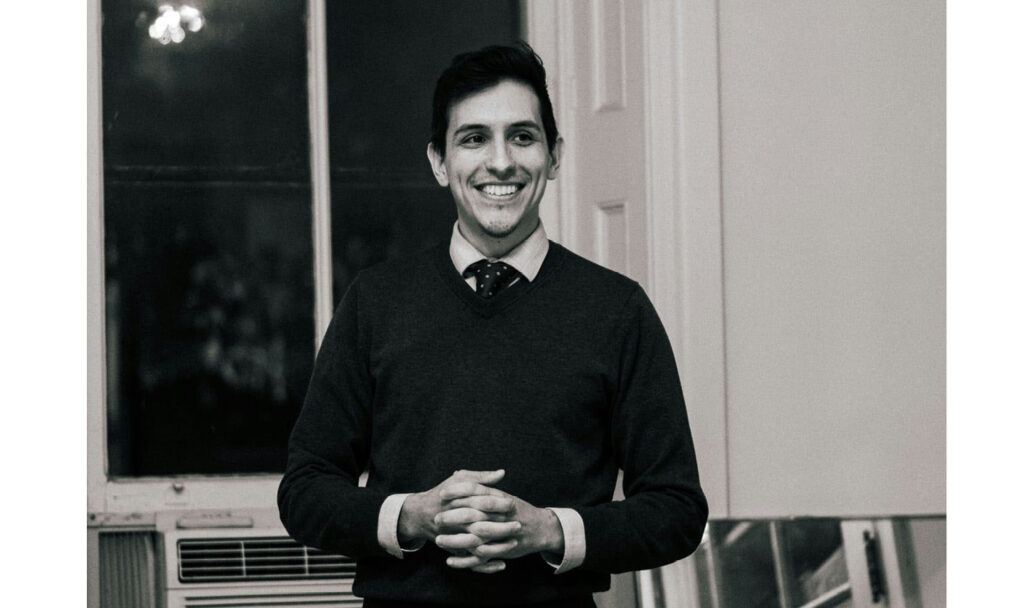 Journalist and Poet Anthony Orozco Believes in the Power of Storytelling

“I love to talk about the process of writing poetry,” says Anthony Orozco. “It’s sort of like magic,” Orozco said.

Orozco, a journalist based in Reading, Pennsylvania, is proud of being fluent in what he sees as multiple forms of poetry. “Whether it be plain language, long form performance, or what I call verbal gymnastics that rhyme and have really wild structure and rhythm to them.”

Orozco has been writing poetry since he was a kid growing up in Ohio. He liked playing with words and connecting them in unlikely ways to make a statement. He liked that finding different ways of phrasing things also offered a different way of looking at them. Even though writing was a big part of his life, Orozco didn’t automatically choose it as a major when he arrived at the University of Ohio in 2008. He tried to follow the path set by his older brother, who had attended the same school on a scholarship and was in the pre-med program. A few semesters in, Orozco realized that he was intrigued with the sciences but the higher mathematics weren’t his strongest subject. He decided to take some time to figure out what he really wanted to learn at college.

He remembered his first love—writing—but also realized that it’s difficult to make writing poetry into a sustainable profession. He set about finding a way to make a living while still doing what inspired him, and gravitated to journalism and language arts.

After graduating in 2012 with a Bachelor of Arts in Journalism, he landed a job at the Reading Eagle Newspaper and worked there for seven years. They wanted a Spanish-speaking reporter to cover school board and city council meetings, but over time, Orozco broadened the Latino Affairs beat, covering Latino trends, public figures, and immigration news. He also covered the police shift from 4 p.m. to midnight and reported on crime, vehicle accidents, and fires. He’s grateful for what the job taught him.

“They threw me into things I never imagined,” Orozco said. “I learned it all.” His first front-page story, which was also one of his first stories, was about a community health report compiled by Reading Area Community College and local health providers.

For Orozco, writing and reporting feel like fulfilling a personal responsibility.  “I think that there is a divine sort of duty,” he says, “that if you have a gift, if you have a light inside of you, if you have something that you can share a talent—that you are actually charged with doing it.”

“And it’s not because it makes you better at it, or that it fulfills your destiny. That’s an aspect of it. But I think more importantly, is that there is somebody out there in the world that you don’t even know who needs to hear those stories, who needs to know that they’re not alone, and who needs to know that somebody else is maybe fighting with the same things that you have or is advocating for them.”

Orozco left the Eagle in 2018 and spent some time writing for the nonprofit Berks County Community Foundation. He also fed his creative side by holding monthly poetry events for the community, until the pandemic curtailed the readings. He was then chosen for a fellowship at Report For America, a nonprofit program that places journalists at participating newsrooms to cover under-reported topics and communities. Orozco is serving at WITF, a public media company in Harrisburg, Pa., covering the Latino community.

WITF is a multimedia station, and while Orozco was not required to learn radio, he took the opportunity to advance his skills. “I picked up a microphone and a recorder and I just started doing the damn thing,” he said, learning to use audio to create settings and scenes. He now produces audio feature stories that accompany his written articles. His favorite one, so far, was a story about immigrant farmworkers in central Pennsylvania receiving their vaccines for Covid-19.

The fellowship includes a community service component, and Orozco has chosen to focus on helping students in Reading  gain media literacy and  tell their own true stories.

When it becomes safer to enjoy gathering indoors again, Orozco will continue the in-person poetry workshops. In February, he was named the 9th Berks County Poet Laureate, a position he will hold for two years. He is the first Latino to be awarded this recognition and considers it his highest honor.

He enjoys the pace at WITF and the freedom he is granted to pursue the stories that  interest him. Orozco’s fellowship was just renewed for another year. After that, he isn’t sure what will come next, but says he’s excited to find out:  “I have always leaned into my strengths and it has always paid off.”

No matter which genre of writing he’s immersed in, Orozco finds a connection to people and the communities in which they reside.

“I think that [storytelling] makes the world a better place,” he says. “ I think it makes people better neighbors. And I think it makes our city a more vibrant, beautiful, elegant and excellent community.”