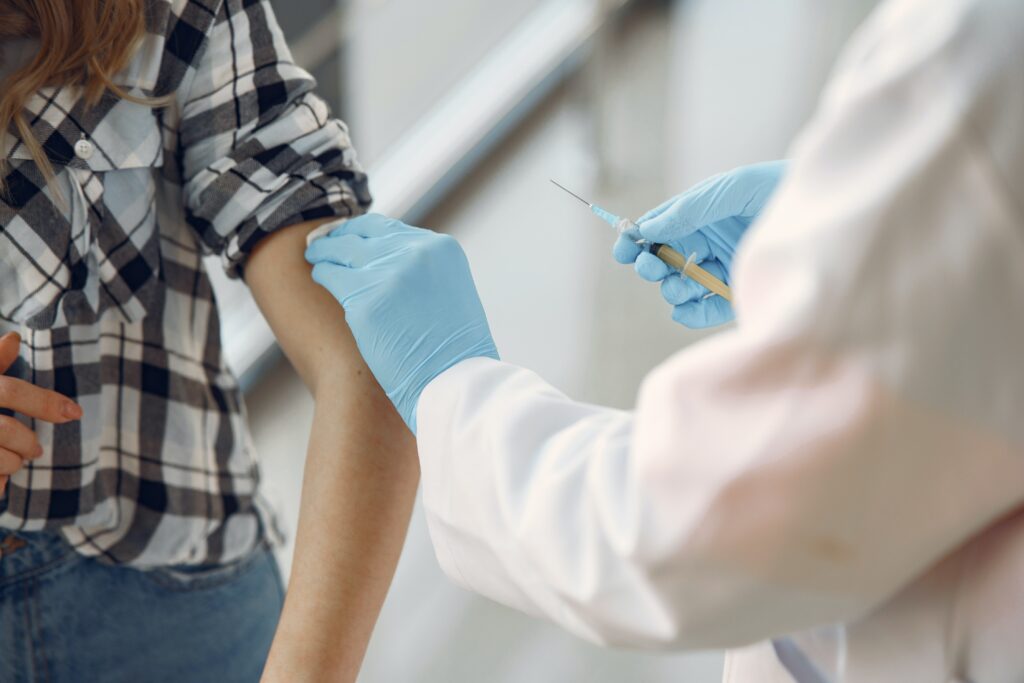 (Morganville, NEW JERSEY)  —  In April, while US lawmakers argued over what incentives to offer Americans in order for them to get vaccinated, India was hit with a furious second wave of Covid-19 where an estimated one million people died. The country and its citizens burned with a rage not only at the failure of their government to protect them but at the West for its blatant display of what Indian journalist Barkha Dutt calls, “the worst sort of White privilege.” In a piece for the Washington Post, Dutt advocates for vaccine mandates to be implemented across the U.S, calling out the privilege of choice and danger in the travel ban.

An award-winning journalist and opinion columnist for The Hindustan Times and The Washington Post, Dutt’s essay serves as a type of advocacy journalism — reporting that informs the public while also calling for a change in policy or a social movement. Her essay effectively compares how two different countries are dealing with vaccinating their people in the aftermath of a deadly surge to showcase the privilege that comes with having access and what happens when you don’t.

Dutt’s piece goes beyond pure opinion journalism. She cites expert accounts of how deaths from Covid-19 wiped out entire families in India while supporting her claim with facts like children in the country disappearing in the school system as a result of school closures for almost two years. Advocacy journalists have an inherent bias towards a cause, movement or policy; they are calling for a change while bringing in varying viewpoints. Terry Tang of the ACLU told Columbia Journalism Review she’s actively hiring journalists who have worked extensively in their fields to advocate for change.“…so when something happens it’s not like they’re just reporting the news, they already understand the issues and so they are able to produce analysis as well. It’s not terribly different than having a very seasoned beat reporter,” said Tang. Dutt brings her reporting expertise on Covid in India to a global audience and her position is clear: America, you’re lucky to have access to vaccines and here’s why it’s insulting and potentially dangerous to the world that you’re not required to get vaccinated.

Dutt’s piece as advocacy journalism is twofold: Dutt is also advocating for her countrymen and women by addressing the discrimination present in the 2020 Covid-19 travel ban, which did not allow non-citizen entry into the US from several countries, including India, even if individuals were vaccinated. Here, Dutt might have done well to source specific stories where the travel ban drastically impacted the life of a vaccinated non-citizen, much like she did in the beginning of her piece with first-hand accounts. Still, her interests remain with Indian nationals and how US policies impact the world.

Even with subjective writing, reporting the truth and remaining fair is the job of every journalist. Dutt addresses her personal biases towards vaccine mandates when she mentions how her father died from Covid three months earlier. “He may have lived had he been vaccinated on time,” she writes. She also admits the US isn’t the reason for India’s suffering; the Indian government neglected to procure enough vaccines for its citizens. However, by offering readers a compare and contrast of how vaccines mandates in US could save lives globally, Dutt was showcasing how America’s failure to do so was shocking to the rest of the world. Dutt’s transparency in her reporting is an important step in producing ethical works of journalism. Her role as a journalist isn’t compromised but rather strengthened by her transparency.

Advocacy journalism doesn’t stem from personal bias or passion alone. It requires an adherence to basic journalistic principles such as seeking truth and reporting it, being accountable and transparent, and acting independently, amongst other rules. Dutt’s piece does not conflict with my interpretation of journalism ethics because it follows these principles and offers an engaging perspective on a global issue. In describing the role of a journalist, The Washington Post’s ethics and policies guidelines state, “Reporters should make every effort to be the stagehand rather than the star, to report the news, not to make the news.” Dutt acts as an audience member for her readers with an international outlook on a global issue.

In the end, Dutt admits that Covid-19 and it’s management “impacts us all”. She isn’t victimizing India or its citizens but is shining a light in a blunt but necessary advocacy piece where she uses expert commentary, research and personal experience to support her claims and effect change.