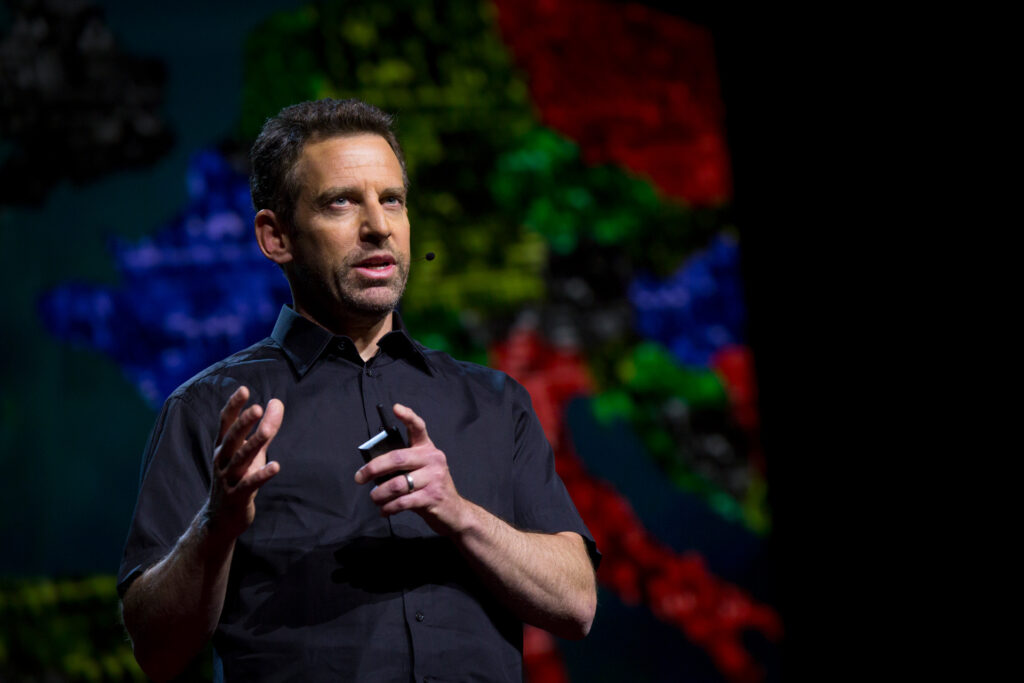 Opinion: Is Sam Harris a Journalist?

(BE’ER SHEVA, Israel.) —On November 6th, 2017, Andrew Yang launched his 2020 presidential campaign, but virtually no one noticed. Yang knew that he needed media attention. When The New York Times covered his campaign the following February, Yang hoped it was his breakthrough — but nothing materialized. Then, seemingly out of nowhere, he was invited to speak at The Wing Ding, a major democratic grassroots fundraiser in Clear Lake, Iowa.

How did he get the invite? In his book Forward, Yang recollects, “I later found out that I was invited because one of the organizers had heard me on the Sam Harris podcast.”

Podcasting is just one aspect of Sam Harris’s work. Harris holds a Ph.D. in cognitive neuroscience from UCLA and has published numerous peer-reviewed scientific papers. This makes him a neuroscientist and academic. He has published nine books on various topics, including religion vs. rational thought, spirituality, and lying. Five of his books are New York Times bestsellers — an impressive list of achievements for an author.

Harris is also the creator of a popular meditation app and founded Project Reason; a non-profit focused on spreading scientific knowledge and secular values in society. On his website, Harris describes his work as focused on how a growing understanding of ourselves and the world is changing our sense of how we should live.

While Harris might not consider himself a journalist, and his professional life is certainly not limited to journalism, his podcast Making Sense (previously known as Waking Up) is a shining example of a vital form of modern journalism — the podcast.

A journalist writes for newspapers, magazines, or news websites or prepares news for broadcast. When someone collects and analyses facts about newsworthy events by interview, investigation, or observation and broadcasts it to the world, they are acting like a journalist.

When someone performs hundreds of acts of journalism over a decade for an audience of over a million people per episode, that person is a journalist — regardless of their professional training or other non-journalistic body of work. This is an exact description of Harris’s journalist credentials. When something newsworthy occurs, and Harris believes it is important for the public to understand, he immediately finds an expert to interview to inform the public on the issue and shed light on the situation.

After the mass shooting in Uvalde, Texas, Harris interviewed Graeme Wood, a subject matter expert and national correspondent for The Atlantic, to discuss gun violence in America. Following Russia’s invasion of Ukraine, Harris interviewed Gary Kasparov, a longtime Putin critic and advocate against Russian policies under the current regime. When Will Smith slapped Chris Rock at the Oscars, Harris discussed the incident with Ricky Gervais, one of the most famous comedians on the planet, to share his serious take with the world.

Making Sense is not limited to interviews; Harris also analyses facts and presents his findings in solo podcasts. These episodes are similar to what an opinion columnist writes in a newspaper.

On the 20th anniversary of September 11th, Harris took to the air to reflect on the historical event and discuss the future of American foreign policy. After the Jan 6th insurrection, Harris quickly unpacked the events to help his audience understand what happened. It wasn’t the first time he warned his audience about the dangers of Donald Trump. The day after Trump won the 2016 election, Harris explained to his audience the danger Trump presented to democracy. These examples, and many others, demonstrate that Harris has the heart and soul of a journalist.

Journalism is publishing information that is true, responsible, and interesting for the benefit of the public. There is no question that although Harris is a multi-disciplinarian, he uses his platform to achieve this goal. Harris is not affiliated with any major news agency or paper. He is just a regular citizen acting like a journalist. But he proves that a single citizen can rival, and sometimes surpass, the journalistic influence of a news organization in our modern technological era.