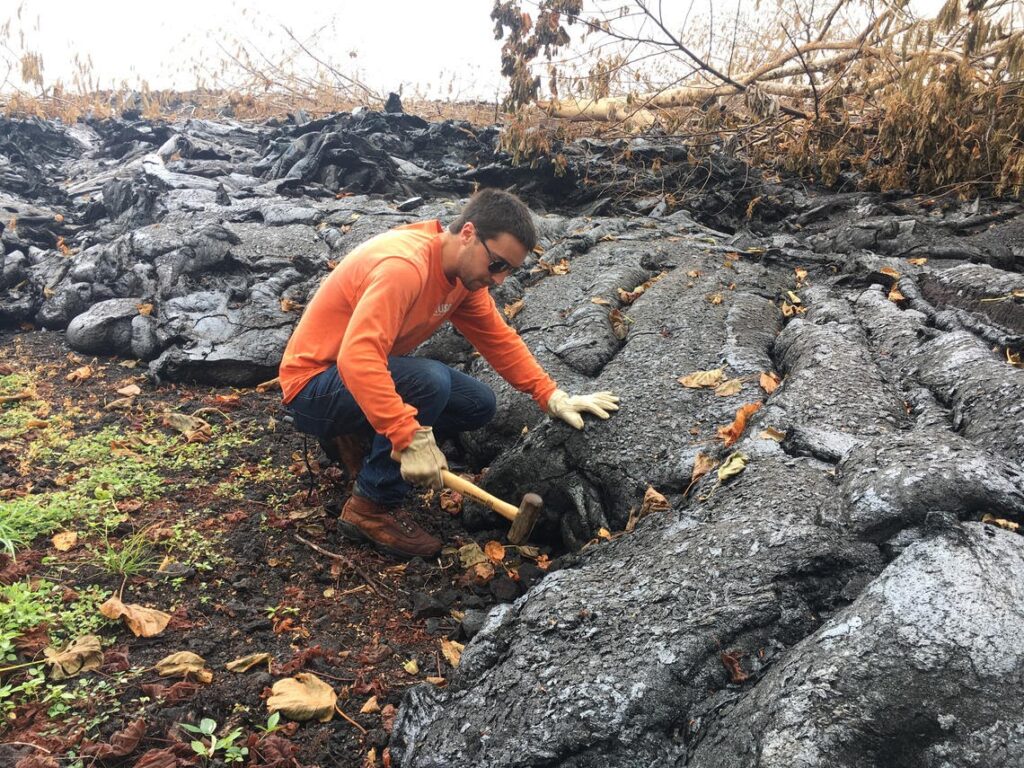 (HONOLULU) — Kilauea, one of the world’s most active volcanoes, erupted on Hawaii’s Big Island last month — a reminder for those who grew up here that having a backyard volcano is pretty amazing.

Michael Zoeller understands all too well that it’s not everywhere that geological change happens in observable time. That’s because geology isn’t just his passion, it’s also his job. Zoeller, 31, is a geologist and geographic information system (GIS) analyst for the U.S. Geological Survey Hawaii Volcanoes Observatory (HVO). Zoeller told The Click that he discovered geology while attending Franklin & Marshall College in Pennsylvania, where he quickly fell in love with the subject. Fascinated by geography at an early age, Zoeller said geology gave him a new understanding of why the world looked the way it did. To Zoeller, geology was the explanation for geography.

As luck would have it, a college-organized trip to Hawaii brought Zoeller to the volcanoes he would turn into his career. He originally joined HVO to help map Mauna Loa, another of the Big Island’s volcanoes, for long-term hazard-mitigation planning. He now spends his time studying Kilauea.

The Click spoke with Zoeller about HVO’s community engagement, and what he thinks makes Kilauea so awesome.

What is it about volcanoes that people are so attracted to?

For the most part, the amount of time it takes to create these landforms elsewhere in the world takes thousands of millions of years. Here, it’s happening on a seconds-to-hours scale.

Growing up on the Big Island,  I think I took for granted the existence of having a volcano in my backyard. Could you remind me about what makes Kilauea so cool?

We at HVO often refer to Kilauea as the quintessential field laboratory of basaltic volcanism. It’s one of (if not the most) active volcanoes in the world, just because it’s erupting every few years, or sometimes for as much as 30 years continuously or more.

I was struck by a lot of the headlines that I see about Kilauea because on our local news, it’s “Kilauea’s got a new vent open, thousands of people are coming to see it.” But then you see our mainland, even international coverage, and it’s “red alert for volcano eruption.”

Whenever lava is coming out of the ground on short notice like that, things can be unpredictable to some degree.

There have been eruptions that have propagated down the rift zones into populated areas in the past. We err on the side of caution with those alert levels. If it stays contained in the summit crater, then mainly the main hazard to the public is just volcanic gases [also known as “vog”]. 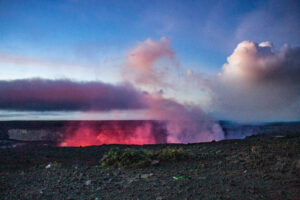 I’m pretty sure that’s what gave me asthma growing up. I did notice, though, that a lot of the agencies — the state, the National Park Service, your agency — now have the Hawaii Interagency Vog Information Dashboard. How important do you think it is to have this outreach to the public, and what can the public do to safeguard against vog?

Keeping an eye on those forecasts is super important. So, if you’re somebody who does have a respiratory illness that may make you more susceptible to a problem, when those volcanic gases roll through, you may see that a bad day is coming down the road and that may be a good day to go to the beach and stay away from your house for a little while. And of course don’t go into the closed areas of the National Park.

You guys have a really good following on Instagram. Who would have thought that a volcano would need an Instagram?

By sharing that content with the public, we hopefully will still show them what’s going on and keep them interested, and not just totally exclude them from the activity that’s going on in pretty close proximity to them.