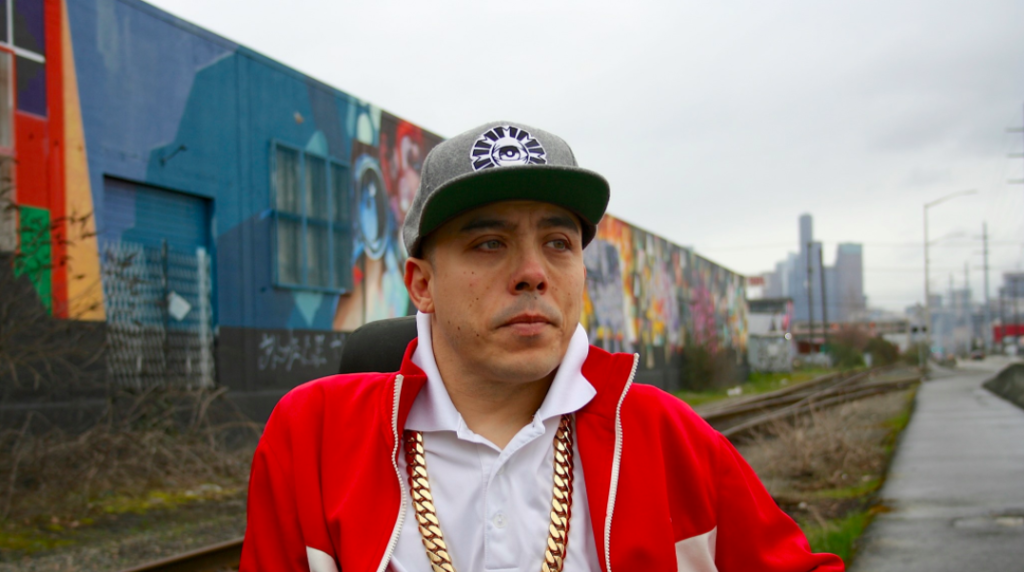 King Khazm on the Impact of Graffiti in Seattle

SEATTLE – King Khazm is a graffiti artist and executive director of South Seattle’s 206 Zulu, a non-profit dedicated to preserving and celebrating Hip Hop culture and community. I sat down with Khazm, 43, to talk about the value – and history – of street art and the recent increase of graffiti in Seattle during the pandemic.

What was it like growing up in South Seattle as a budding graffiti artist?.

It was an exciting time discovering this large community of underground artists around Seattle, it was a strange sense of a positive outlet. With all that we’re surrounded with, struggles, gangs, drugs,  it helps to express ourselves in a creative way. Some artists are more into owning their creative skills, others more focused on what we call the “bombing” aspect, just the notoriety of having your name up in as many places as possible. To me, graffiti was an extension of Hip Hop culture, which we think of as a genre of music, but it consists of different aspects that make up the elements of Hip Hop: DJing, emceeing, breakdancing, graffiti art, and knowledge. 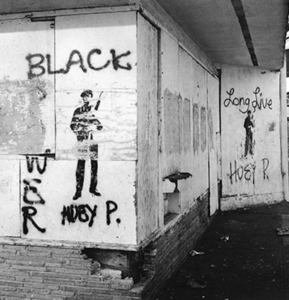 Why is graffiti considered one of the five elements of HipHop?

Graffiti has been part of human expression since the beginning of time. Back in the Paleolithic era, beings would convey what’s on their minds on rocks or caverns. They didn’t have brushes, so they innovated ways to crush berries and create pigments. And really graffiti, just like the other elements of Hip Hop, is something that was created from a lack of. There weren’t art programs or funds for art school, so graffiti artists were able to innovate their own unorthodox medium using aerosols.

This subculture has been an evolution. Graffiti was popularized in New York and Philadelphia in the 70s, with roots in the late 60s and has been used in many different contexts from gangs, political graffiti, or just writing messages. You look at the Berlin Wall, or the Free Huey movement with the Black Panther Party, or even earlier in the 30s with hobo folks that would travel by train and communicate with pictographs.

What do you see as the relationship between street art and being an active member of your community?

206 Zulu creates programs where young people are most engaged, and breakdancing and graffiti are what a lot of young people are moved by. We teach about the lineage of street art …whether it be fine art, clothing companies, advertising marketing agencies or sculpture design. There’s a lot of different directions that urban art has evolved. We show young people they can utilize their talents to develop themselves into professionals. And murals and high end productions actually are a deterrent for vandalism. There’s a code of ethics in graffiti art, you don’t go over a piece with a throw up or a tag, it’s about respecting the integrity of the art. 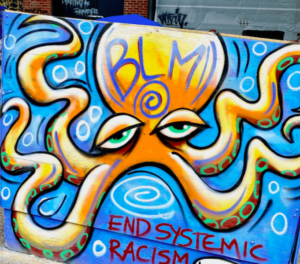 The Black Lives Matter protests in 2020 on Capitol Hill resulted in new street art. Where did that inspiration come from, and how did those pieces impact the community?

Graffiti has been a big part of movement building and relaying messages of what’s happening in the times. With the height of Black Lives Matter, there’s a lot of civil discourse around it, and the graffiti captures the deeper systemic issues happening at the time. And it got lost in translation a little bit as it transpired. It lost some of the essence of what the protests were really about as it escalated into violence and death. But nonetheless, that work to advocate for people’s freedom is still an ongoing effort that people are working for. And with the police re-budgeting, somewhere in the process of allocating funds, graffiti has been a lower priority. So there’s certainly more graffiti than ever these days. I can only really equate it back to the mid 90s, and it might even be higher than what it was then.

What kind of impact do you hope graffiti will have in the coming years?

I hope that it creates dialogue about the larger systemic issues in our community, because street art is something that can be analyzed. And hopefully there will also be more opportunities to legitimize it. Back in the day, there were a lot more “free walls,” or designated walls that were legal to paint on, so people didn’t have to develop their skills on the run or with limited time. There are really phenomenal muralists that have established huge careers for themselves, locally and abroad. Some of these muralists do entire high rise buildings. Hopefully we can instill in our community that they’re a viable and vibrant part of culture. Plus, there’s a lot of important things that we should be putting our attention towards to help curb violence and addiction. Substance abuse is an epidemic, but how are we going to overcome this? Hopefully, art can just be a small piece of addressing that and making people think critically.