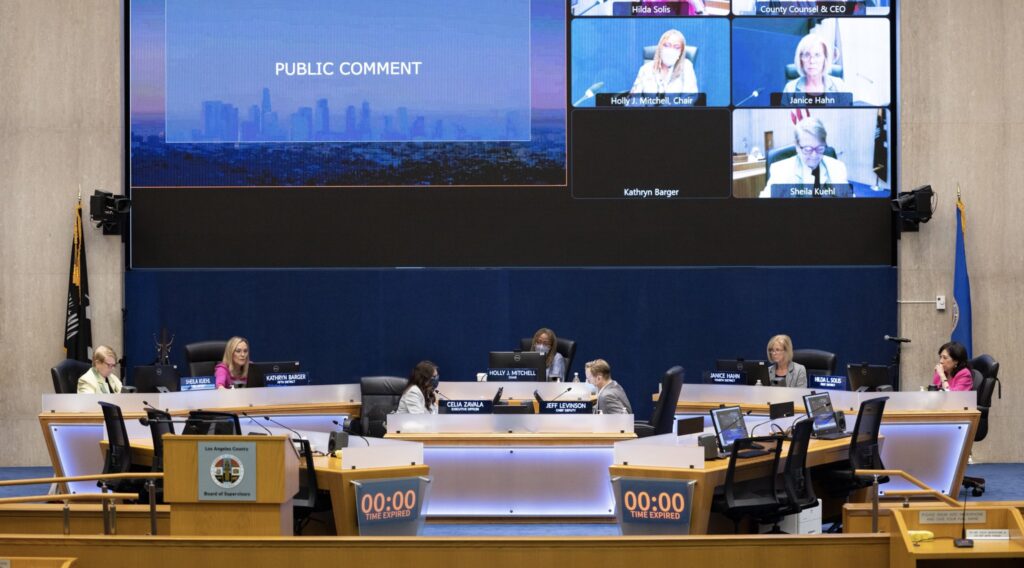 Board of Supervisors, Gun Laws, LA

(LOS ANGELES) – The Board of Supervisors for Los Angeles County has unanimously passed a motion to pursue several measures that would regulate gun sales in the county.

The motion was co-sponsored by board supervisors Janice Hahn and Hilda Solis. A previous motion passed in June commissioned a report that would outline options the county could pursue. The new measures are based on that report.

“I think it would be wise to move forward with pursuing four common sense gun regulations,” said board supervisor Hahn.

The new measures ban the sales of .50 calibre handguns and require “buffer zones” between gun and ammunition dealers and “sensitive areas.” They also prohibit carrying firearms on all county property.

“I hope our action today will inspire other cities across the country to take their own actions in their own communities,” said Hahn. “We need to do whatever we can in our own jurisdictions to keep our communities safe from gun violence.” Solis added that “it’s too bad that congress can’t move as quick as we can, and that’s why I think we have to take bold steps.”

Citizens from the county attended the virtual meeting. Public response to the motion was mixed. Emily Stough wrote in to support the motion. “I support any measures that restrict or limit gun & ammunition sales.” Jen Lauren, a resident of Torrance, agreed. “Please we are in need of assistance in the city of Torrance.” But local resident, Grant Williams, felt, “LA County gun laws are oppressive enough. Please stop.” Another local resident, Roy Humphries, called the motion “hideous, pandering and pompous.”

The City Council is tasked with drafting the proposed ordinances. The county will formally vote on the measures in 90 days.