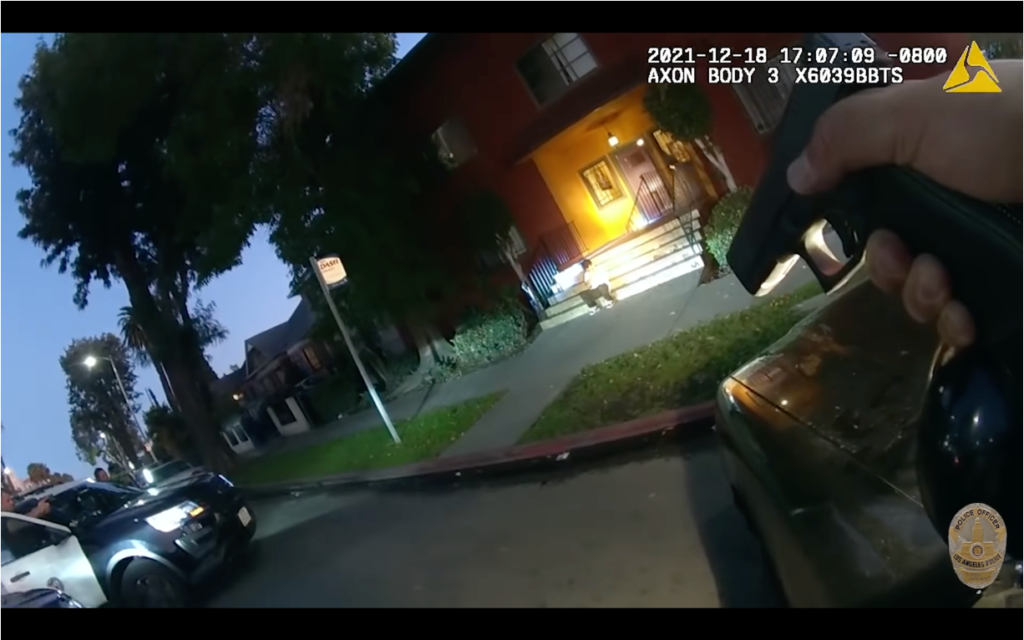 Body camera footage shows Margarito Lopez Jr. sitting on the steps with a meat cleaver as officers arrive in the 900 block of East Adams Boulevard on Dec. 18. (Photo Credit: LAPD)

The family of 22-year-old Margarito Lopez Jr., fatally shot by LAPD in 2021, continues their calls for accountability and reforms.

(LOS ANGELES) — On the night of Dec. 18, 2021, Margarito Lopez Jr. was pacing outside his apartment building at 900 E. Adams Blvd. in Los Angeles with a meat cleaver in his hand. He was in the midst of a mental health crisis. His sister called the police because she worried he would hurt himself. She described her brother as “suicidal” to the 911 operator who took the call.

After numerous other 911 calls from concerned neighbors, the cops showed up. In the ensuing hours, the cops would call for additional backup, ambulances and a helicopter. But not for the mental health unit, even though it was part of their new departmental program introduced last year, and Lopez Jr. was clearly going through a manic episode.

Before the night was over, Lopez Jr. would be dead, shot by the police because he “continued to refuse to comply” with officers. He was just 22 years old.

“These cops overreacted,” said Luis Carillo, the attorney representing the Lopez family in a lawsuit they recently filed against the Los Angeles Police Department (LAPD) for their son’s death at the hands of the police. “Unfortunately, too many police officers across the country are trigger-happy.”

Police accountability has become a top concern for citizens across America. A 2021 Washington Post-ABC poll showed that 60 percent of Americans agreed that more should be done “to hold police accountable.” The national outcry following the murder of George Floyd in 2020 resulted in the largest protest movement in American history and a rallying cry to “Defund the Police.” Politicians across the country scrambled to enact laws that would address issues of police brutality. In California, legislators signed Assembly Bill No. 1506, requiring the State’s Attorney General to investigate cases where police killed unarmed civilians. The bill expanded upon existing laws that required law enforcement to report deadly police shootings to the Department of Justice.

Despite new laws, protests and overwhelming public support for defunding the police, officers continue to shoot and kill civilians with levels of impunity not seen in any other developed country. Across America, police have killed roughly 1,100 people annually since 2013.

A prosecutor with direct knowledge of police shooting investigations in LA, who agreed to speak on the condition of anonymity told The Click that the protests in the summer of 2020 did little to change how things are conducted. “My suspicion is that nothing has changed.”

Yet police department budgets continue to grow. In LA, the police budget for the fiscal year is over $3 billion, an 8.5 percent increase from last year.

Whenever a police officer fires their gun, an investigation follows. In LA, when a bullet hits someone, the respective law enforcement agencies are responsible for investigating the shooting. For the LAPD, the investigation is led by the Force Investigation Division.

Once an investigation is completed, it’s presented to the District Attorney’s (DA) office for review by the deputy DA. Analysis conducted by the Los Angeles Times revealed that reviews by the DA’s office typically take up to two years to complete.

“The goal should be to try to complete the review within 90 to 180 days. But staffing shortages make it impossible to meet that timeline in most cases,” a prosecutor with direct knowledge of these investigations told The Click. Since 2004, of the 687 police killings reviewed in LA, only four had resulted in the prosecution of the police officers involved, according to an analysis from the Los Angeles Times. 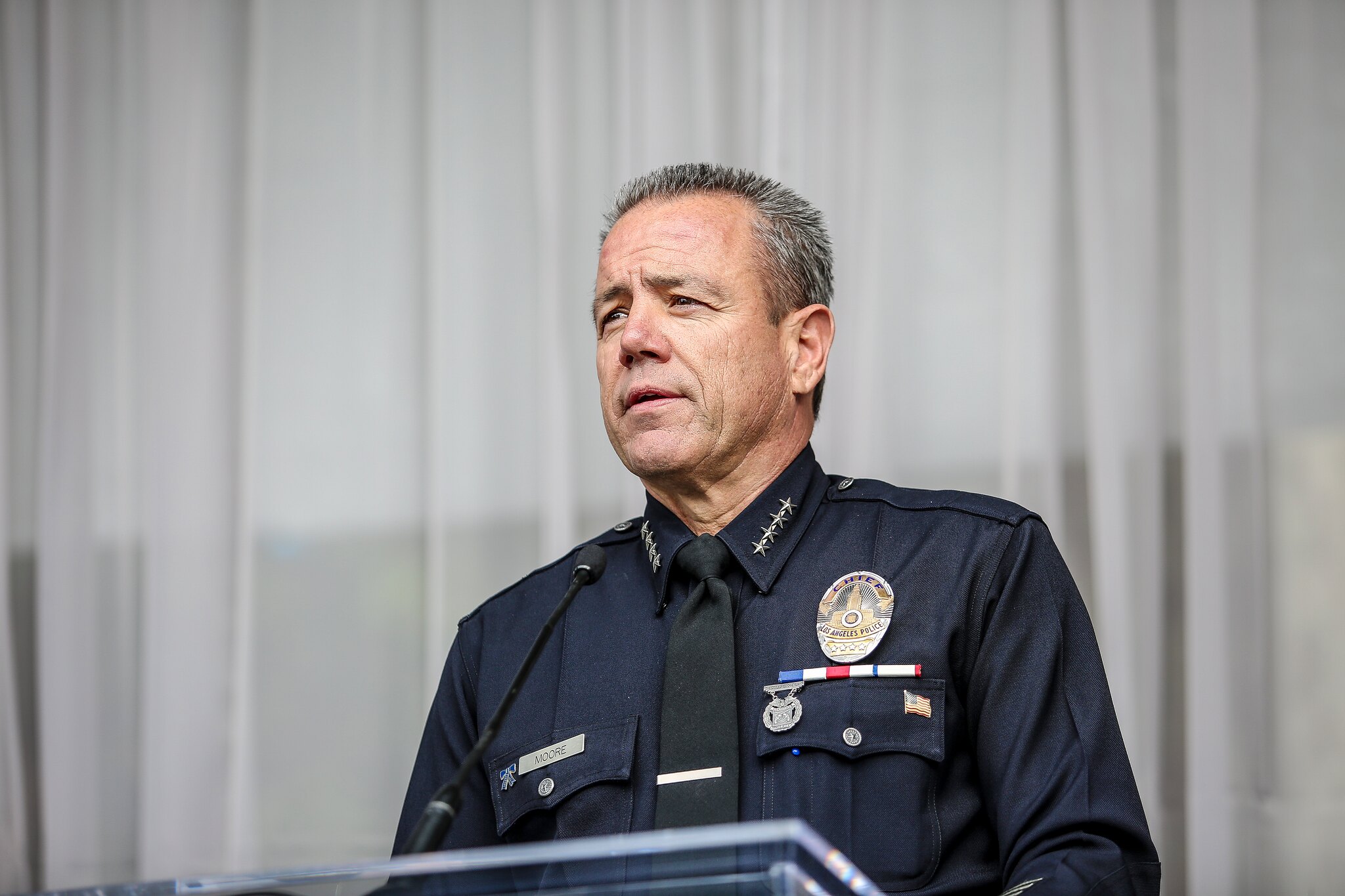 In the case of Lopez Jr, the LAPD’s investigation found that the two police officers involved in the death violated the LAPD’s policy. “Based on the totality of the circumstances, the board opined that Officer Zavala’s use of lethal force, all three rounds, was not objectively reasonable, proportional or necessary,” the report investigating his death concluded.

However, Carillo noted that the family was shut out from the investigation. Their only involvement with the review process came when the police responded to the call by the sister on the night they lost their son. “The sergeants at the scene lacked command and control.” In Carillo’s opinion, the one-sided nature of these police reviews underscores the difficult process of getting police accountability.

The LAPD’s use-of-force policy states that their guiding principle is “reverence for human life.” Their policy centers on the notion that police officers “may use objectively reasonable force to carry out their duties.”

Activists see these broad policies as an impediment to holding unlawful police officers to account.

Ace Katano, who has been a public defender and activist at Ground Game LA for over a decade, argued that the laws are deliberately prohibitive when it comes to excusing excessive police use-of-force. “We’re facing laws designed to excuse almost any sort of police misconduct already.”

Activists want to see a reduction in the number of encounters that people have with the police. They want to replace it “with systems that are more responsive and less violent, ultimately.” This can mean replacing police officers with mental health experts in response to mental health emergencies, such as was the case with Lopez Jr.

Katano argues that the current system is flawed and lacks proper channels for accountability by design. “The system doesn’t have tools to police itself or to monitor itself. Because it’s not designed to.”

“What we’re talking about is building a public safety system that’s truthful and honest, that police don’t bring safety,” said Dr. Abdullah. “And so we need to really build new systems where police aren’t at the center of public safety.” 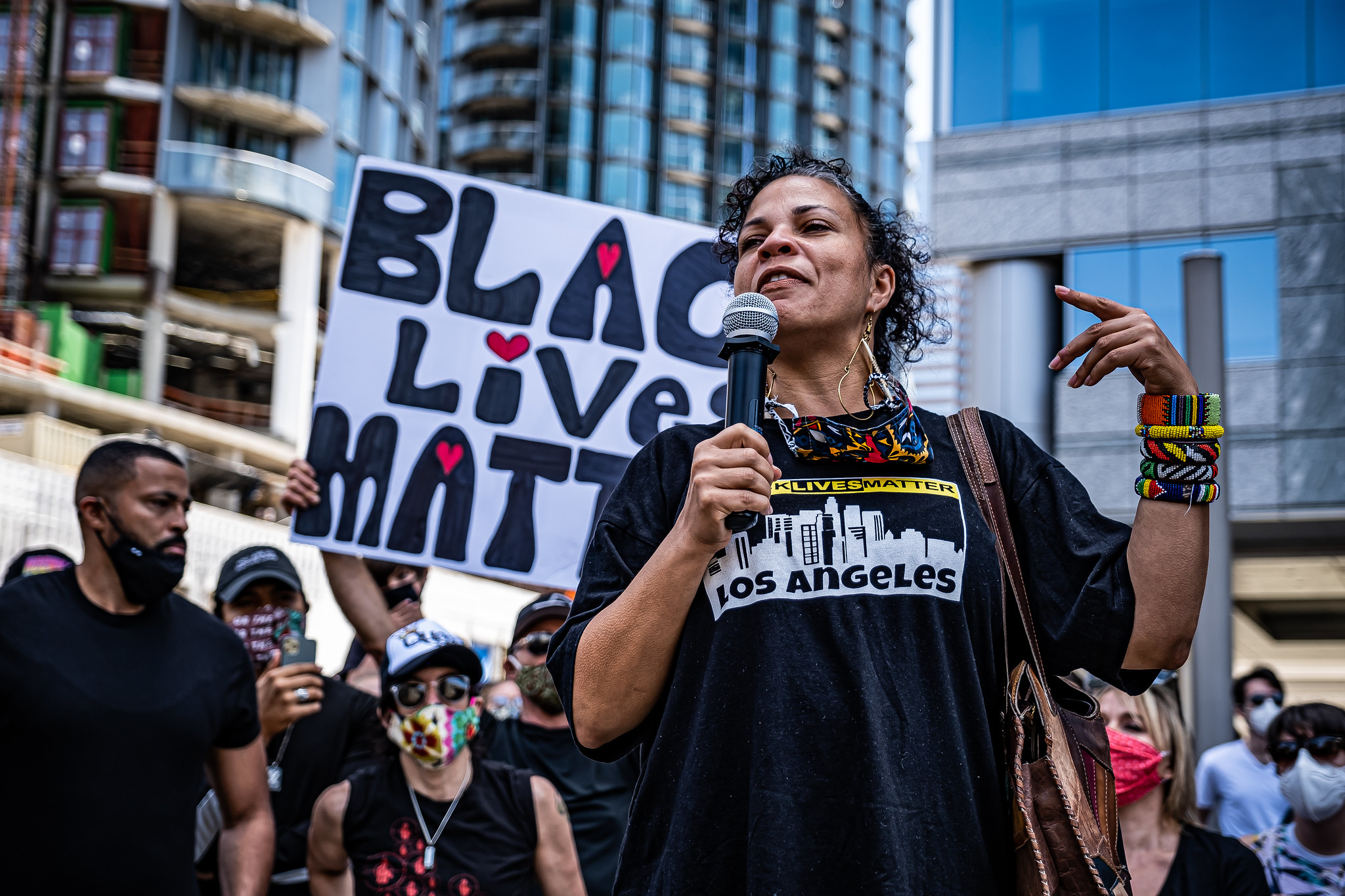 Activists argue that reforms and changes should focus on reducing the scope and scale of policing. The fight for police accountability should attack the root of the problem rather than address it when people have already been killed.

Katano pointed toward some of the electoral work of activist group Ground Game LA  in recent months. Their “electoral analysis and inside work” has revealed “a very large appetite” for “a rethinking of and reductions in the scale of the police department in LA.”

A recent Loyola Marymount poll found that over 70 percent of respondents in LA supported some form of police budget reallocation.

Ground Game LA along with Black Lives Matter LA proved instrumental in the recent elections. They helped abolitionist Eunisses Hernandez get elected to LA City Council. They helped elect Kenneth Mejia as city controller. Meija made auditing the LAPD a priority in his campaign and used large billboards to illustrate how much of the city budget the LAPD had compared to other issues that people in the city care deeply about.

Critics call activists’ demands radical. Katano responds. “What’s radical is a system that has, where police officers murder thousands of people, right? Where people are just shot dead in the streets by the people that are supposed to protect them. That’s fucking radical.”

Earlier this year, Lopez Jr.’s family joined dozens of other families and groups calling for stronger police accountability and reforms. In late October, they filed a wrongful-death lawsuit against the city of LA and the police officers responsible for their son’s death.

The Lopez family hopes to see their case go to a jury trial. “Any day now, we’re gonna get a notice from the judge for the first conference, and so a jury trial is two or three years down the road.” Carillo is confident that the evidence in the case is in their favor.

They allege that the LAPD failed to “employ tactics to de-escalate the situation,” contravening their use of force policy.

They assert that their son’s death was “a result of the excessive use of deadly force.”  They accused the LAPD of “deliberate indifference” in their failure to provide reasonable medical care.

Carillo argued that this particular case speaks to a systemic issue with policing in LA. “It’s just a typical pattern of overreaction by police officers, failure to change, and then the supervisors on the scene failure to command and control properly under standard police practices.”

The lawsuit also claims that the Chief of the LAPD, Michael R. Moore, acknowledged that the mental health team should have been dispatched in this situation. And that ultimately, the police officers exercised “negligence and excessive use of deadly force,” resulting in the death of their son. Moore made these comments in an interview with Larry Mantle on KPCC’s AirTalk.

“The most important element here is that he was not an imminent threat to the officers when he was shot and killed,” said Carillo. “I think we’re gonna win this case in a trial because of the glaring errors of the police taking a human life.” 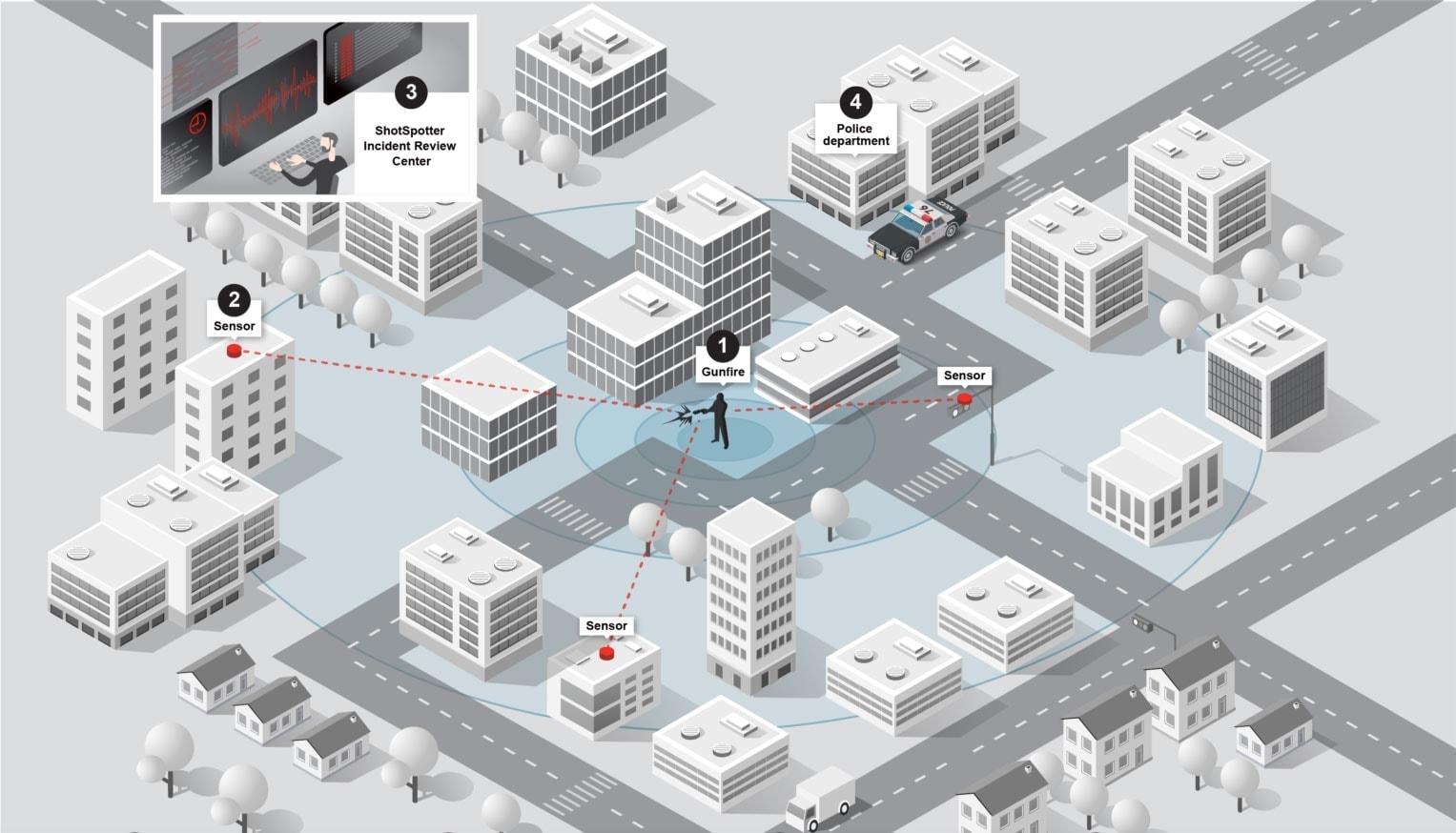 Can Technology Solve Gun Violence in Durham? Some Are Not So Sure

Residents in this North Carolina town are concerned over how a gunshot-detection system will work, but city officials think it's the best solution to rising gun violence. 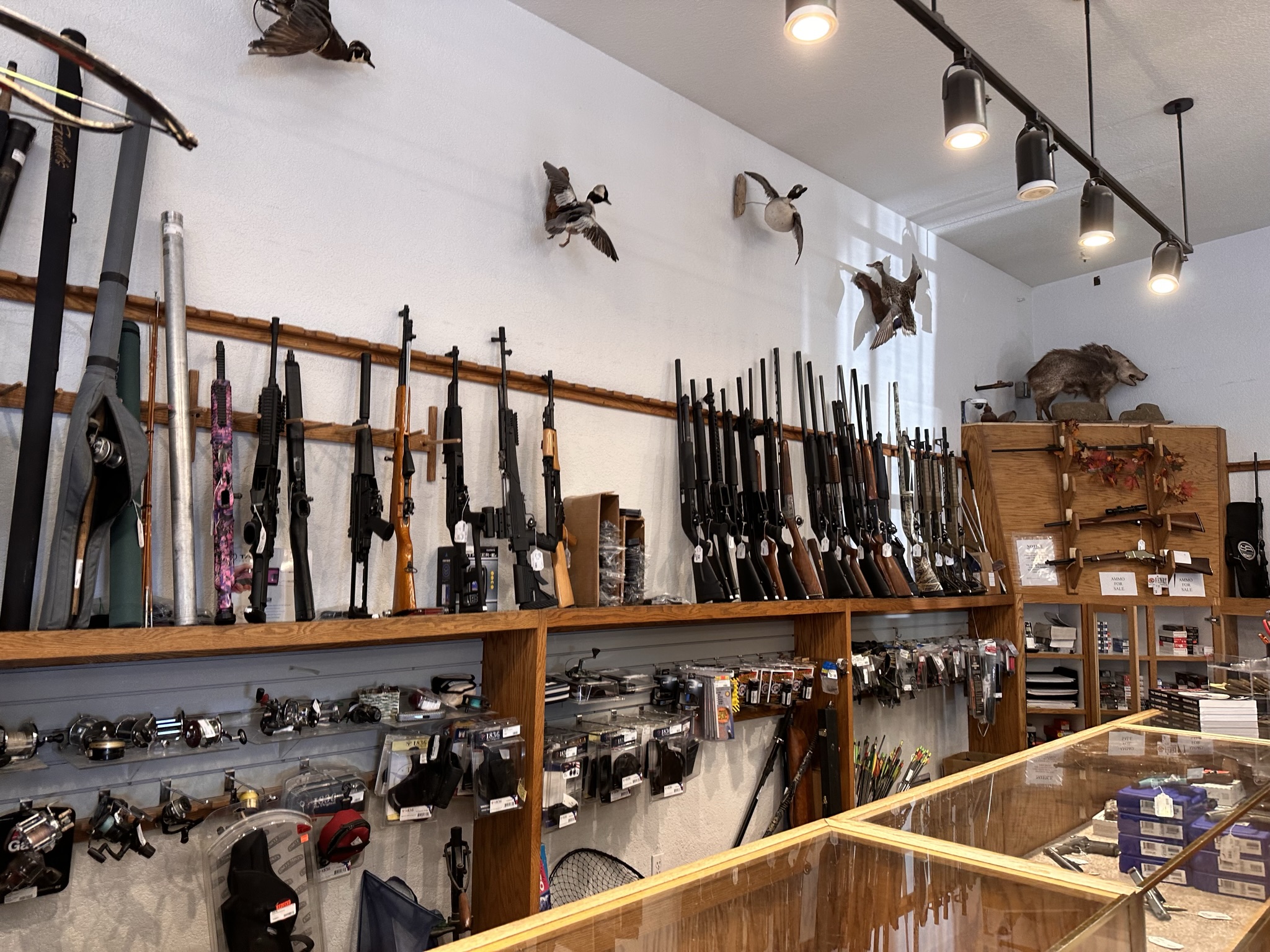